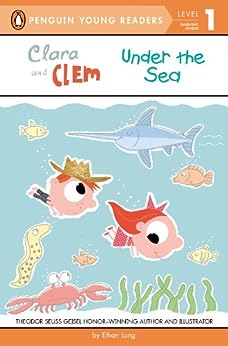 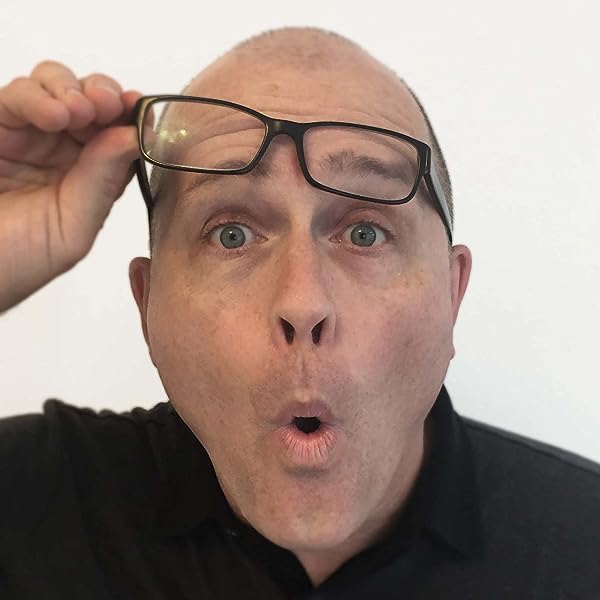 by Ethan Long (Author, Illustrator) Format: Kindle Edition
Part of: Penguin Young Readers, Level 1 (20 books)
See all formats and editions
Sorry, there was a problem loading this page. Try again.
Clara and Clem are off on an adventure under the sea! The two swim with dolphins, hug a shark, and even find buried treasure. Let's go!
Read more
Previous page
Next page
Fire Tablets
Fire Phones
Free Kindle Reading Apps
Available on these devices

Ethan Long (www.ethanlong.com) is the author and illustrator of numerous books, including the Geisel Award winner Up, Tall, and High, and the Penguin Young Readers Clara and Clem Take a Ride and Clara and Clem in Outer Space. --This text refers to an out of print or unavailable edition of this title.

Ethan Long is a popular and internationally recognized children's book author and illustrator with over 100 titles to his credit, which include Fright Club, Tickle the Duck, One Drowsy Dragon, Big Cat, My Dad My Hero, Chamelia and the New Kid in Class, and the Theodor Seuss Geisel Award winning, Up, Tall and High!. He is also the illustrator of the board books for the best-selling picture book series Good Night, Good Night, Construction Site, written by Sherry Duskey Rinker, and the wildly successful Stick Dog and Stick Cat series, both written by Tom Watson.

In the television world, he is the creator and executive producer of the Emmy-Nominated animated preschool series Tasty Time With Zefronk, which aired daily on The Disney Channel and Disney Junior from 2008-2016. His Scribbles and Ink and Chamelia picture books are in development for television with WGBH and Technicolor France, respectively.

Born and raised in Central Pennsylvania, his childhood memories serve as inspiration for many of his ideas, drawings and stories. Since graduating in 1991 from Ringling College of Art and Design in Sarasota, Florida, Ethan has spent most of his days doing his three favorite things – creating art, writing stories and making people laugh.

He currently lives with his family in beautiful and sunny Orlando, Florida, USA

4.6 out of 5 stars
4.6 out of 5
39 global ratings
How are ratings calculated?
To calculate the overall star rating and percentage breakdown by star, we don’t use a simple average. Instead, our system considers things like how recent a review is and if the reviewer bought the item on Amazon. It also analyzes reviews to verify trustworthiness.
Top reviews

Kay Peel
5.0 out of 5 stars Early reader that feels like a comic
Reviewed in the United States on December 30, 2018
Verified Purchase
Clara and Clem Under the Sea is an engaging early reader that feels like a comic book. The words are all in speech bubbles, and include things Clara and Clem say as they explore the ocean. My students really enjoy reading this book. It is a level C in Guided Reading Level, which is mid-kindergarten. While it is an early word reader, it is interesting enough that my 1st grade students enjoy it.
Read more
Helpful
Report abuse

Carol L.
5.0 out of 5 stars Great for a beginner reader!
Reviewed in the United States on December 29, 2019
Verified Purchase
Very nice book my granddaughter loves it she is learning to read. Age 6 in kindergarten!
Read more
One person found this helpful
Helpful
Report abuse

ShannonPA
5.0 out of 5 stars Great series!
Reviewed in the United States on November 27, 2018
Verified Purchase
Cute series! Great for reading to your toddler or for beginner readers!
Read more
Helpful
Report abuse

Smiljka Tasic
5.0 out of 5 stars Love this series
Reviewed in Canada on December 18, 2020
Verified Purchase
Love the Clara and Clem series, as does my six-year-old.
Read more
Report abuse

Harshiika
5.0 out of 5 stars Worth buying for kids who are learning to read ( Level 1 )
Reviewed in India on April 22, 2015
Verified Purchase
More pictures... One or two words in each page... the best way to get kids start reading... Best suitable for 4+ years...
Read more
Report abuse
See all reviews