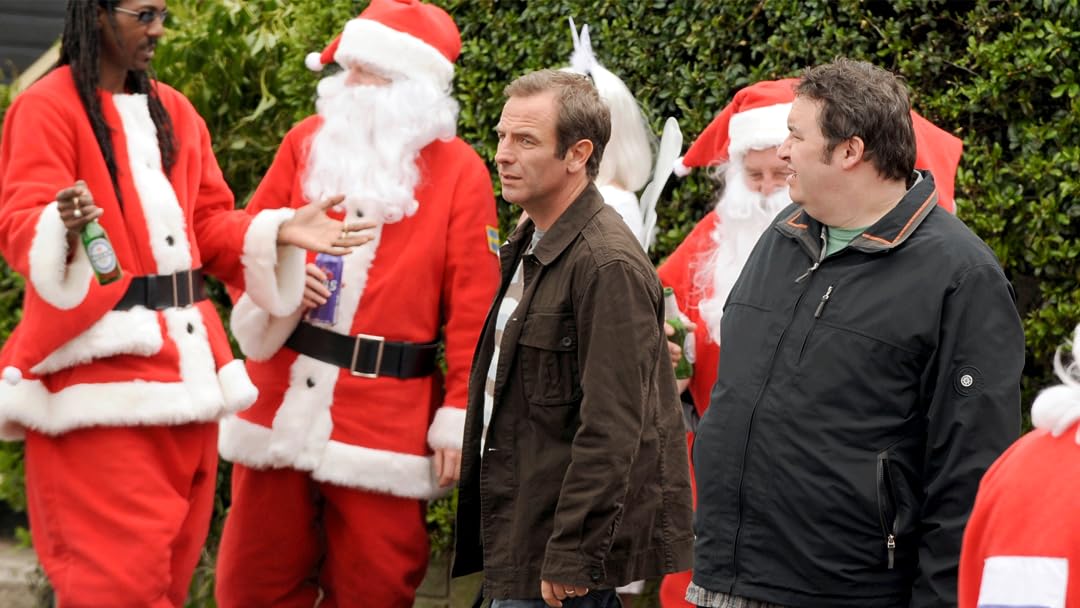 Clash of the Santas

(194)
6.31 h 32 min2008ALL
Separated from his wife, Howard volunteers as a stand-in Santa at the shopping mall--and ends up getting invited to represent England at an international Santa competition in Lithuania. He gets to take an elf with him, and Colin agrees to fill the role.

VickiEReviewed in the United States on December 8, 2019
3.0 out of 5 stars
Technical issue in attempt to play
Verified purchase
Loved the movie on BritBox so bought dvd as a gift. My friend can’t play it on his DVD player.

Rosalie WeagleReviewed in the United States on December 17, 2012
4.0 out of 5 stars
Tights and Bells. Fun holiday show.
Verified purchase
The two lead characters have a warm relationship and would do anything for the other. I liked that Robson's character would put the tights and bells on even though he really didn't want to. Holiday fun.
One person found this helpful

Harold WolfReviewed in the United States on December 24, 2011
5.0 out of 5 stars
Funny Christmas Film viewing
In CLASH OF THE SANTAS, Howard happens upon a mall Santa gig and then is entered in an international Santa competition. What!? Best Buddy Colin as his elf? Is Santa for real? Will the continuing bosom/pal rivalry conflict with the Lithuanian Santa event? Can a Santa Film get any sillier? You'll be going Ho,Ho,Ho for two hours while watching the antics of this pair. 120 minutes 2008

Col and Howie are an endearing pair of common guys that cause conflicting viewer emotion from cheers to tears with always a return to laughing. It all began with a holiday special called 'Christmas Lights' that evolved into two years of episodes with this comic pair trying to out-do each other. 2 guys began their one-upmanship fray in school and then never grew up. Their relationship is the key to this comedy duo that takes on family and employment consequences as they remain best buddies but always trying to out-do the other. The comic duo begins with a Christmas special debut/pilot. Their amazing spark developed through 2 seasons, and then ended in a Santa farce. All good, all humorous, plus the additional aspects of drama, suspense, action, and romance through top notch scripts.

For Region One buyers, this is available in a set with all the episodes and original Christmas Lights debut. Check out [[ASIN:B00662CG9E Northern Lights: The Complete Collection]] . Other regions will need an all-region DVD player.