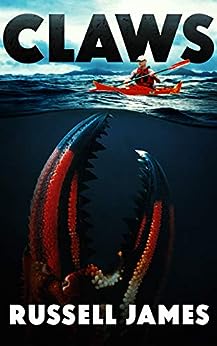 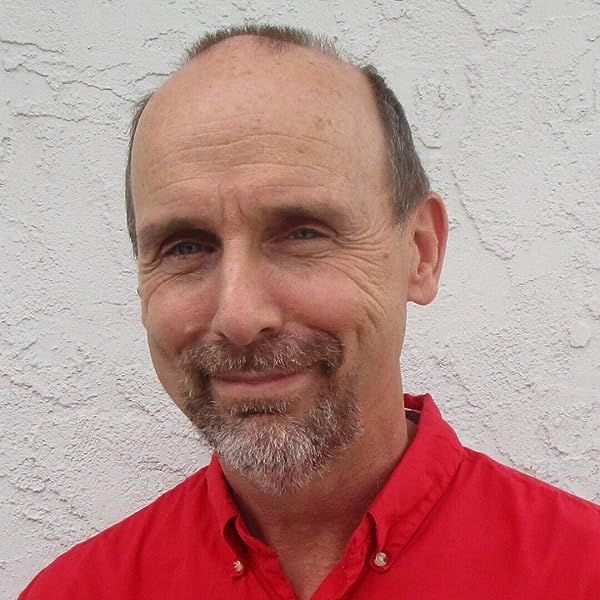 Things quickly escalate out of control when mercenaries arrive to back up Larsson and imprison the rangers. Larsson’s plan is to free a cast of giant crabs to overrun the park, and then Florida beyond.

It’s up to Kathy and Nathan to escape the fort, and then, with the help of an old Coast Guard vet and a scientist with inside knowledge of the plot, to save millions of innocents from rampaging giant crabs. But Larsson’s evil plan has been decades in the making, and the crabs seem indestructible. It will take courage, teamwork, and perhaps the ultimate sacrifice, to avert disaster.

Russell R. James was raised on Long Island, New York and spent too much time watching Chiller, Kolchak: The Night Stalker, and Dark Shadows, despite his parents' warnings. Bookshelves full of Stephen King and Edgar Allan Poe didn't make things better. He graduated from Cornell University and the University of Central Florida.

After flying helicopters with the U.S. Army and a career as a technical writer, he now spins twisted tales best read in daylight, including horror thrillers Dark Inspiration, Q Island, and The Playing Card Killer. He authored the Grant Coleman Adventures series starting with Cavern of the Damned and the Ranger Kathy West series starting with Claws. He resides in sunny Florida. His wife reads his work, rolls her eyes, and says "There is something seriously wrong with you."

Amazon Customer
5.0 out of 5 stars Non-stop Giant Crab action!
Reviewed in the United States on July 26, 2022
Claws promises giant crabs, and boy does it deliver giant crabs—by the truckload!Mr. James knows how to spin a fun tale that zips along like a midnight creature feature. I appreciated the fact that he wasted no time delivering the goods: we immediately dive right into the giant crab action, and it never lets up.James also weaves in interesting bits of alternate history into this tale of crustacean calamity. Giant crabs as a secret CIA addition to the Bay of Pigs invasion? Oh heck yeah!Highly recommend this fun b-movie romp for giant monster fans and crab aficionados everywhere!
Images in this review

Claudia C.
5.0 out of 5 stars Great Adventure
Reviewed in the United States on August 8, 2021
Verified Purchase
I was always a fan of the old Monster movies and this book brought back memories. The characters were likable and the story line was well thought out. The action was fast paced and did not disappoint. Adventure, monsters,villains, history, and just plain fun.. Really like this book and read it in one day. Thank you.
Read more
2 people found this helpful
Helpful
Report abuse

Herbert M. Phelps
5.0 out of 5 stars Great Book
Reviewed in the United States on February 9, 2022
Verified Purchase
Just finished reading this very book book. It was well written, feasible and pretty exciting. For those two Park Rangers it was quite an adventure, some what different than I expect a routine tour as a ranger would be be. Plain and simple a good read.
Read more
One person found this helpful
Helpful
Report abuse

Kindle Customer
5.0 out of 5 stars Surprised
Reviewed in the United States on February 14, 2022
Verified Purchase
What I disliked about this book is I didn't read it sooner. This was a book that kept you turning the pages to see what would happen next. I
t kept me intertwined through the whole book. I enjoyed it so much I'm going to get the next book.

jeanne wocking
5.0 out of 5 stars My second read
Reviewed in the United States on July 26, 2021
Verified Purchase
It had been a while since I first read this book. I enjoyed rereading from the historical standpoint and because I’m a native Floridian.
I recommend Good mix of science fiction and history.
Read more
One person found this helpful
Helpful
Report abuse

sarah
5.0 out of 5 stars An Entertaining and Fun Book
Reviewed in the United States on June 20, 2019
Verified Purchase
What a fun ride! This was a great blend of action thriller and creature feature, with plenty of historical facts and military detail to savor and enjoy along the way. I really hope this is the start of a long series.
Read more
4 people found this helpful
Helpful
Report abuse

Hunter
5.0 out of 5 stars Best Beach Read of 2019!
Reviewed in the United States on July 24, 2019
Verified Purchase
Break out the old bay seasoning and feast on what is the best beach read of the summer. Claws is delicious - a fast paced, wild ride in the hot Florida sun.
Read more
4 people found this helpful
Helpful
Report abuse

steven gibson
5.0 out of 5 stars "Claws Bloody Terror In The Water"
Reviewed in the United States on August 5, 2019
Verified Purchase
Claws is a Fast Paced and Intense Terrifying Action Packed Creature Thriller. Something is Lurking Underneath the Waters Causing Havoc and Killing People Off The Coast of Key West. A Rampage of Mysterious Creatures,and Does anyone Survive this underwater grave of Madness. "A Mustread."
Read more
2 people found this helpful
Helpful
Report abuse

Kindle Customer
5.0 out of 5 stars Great excitement
Reviewed in the United States on October 12, 2021
Verified Purchase
Fantastic read. Lots of fun and adventure with a Constant moving plot. Action and enjoyment from the very beginning.
Read more
One person found this helpful
Helpful
Report abuse
See all reviews

technophile
4.0 out of 5 stars Nice
Reviewed in the United Kingdom on July 25, 2019
Verified Purchase
This is a nice little story that just rattles along. No OTT action or heroics but enough to make the story fast and exciting. What else has the author written? Will find out.
Read more
One person found this helpful
Report abuse

Terry and dog
5.0 out of 5 stars Another winner
Reviewed in Canada on May 26, 2019
Verified Purchase
I loved this book. The characters were well written and little bits of history and lots of imagination made it a page turner. I can't wait to see if Kathy and Nathan get to have more adventures in more National Parks. I'll be watching for them.
Read more
Report abuse
See all reviews