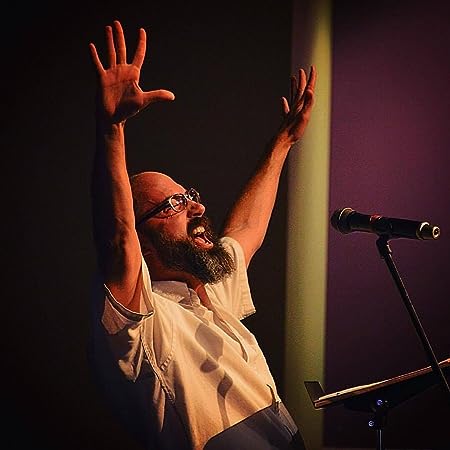 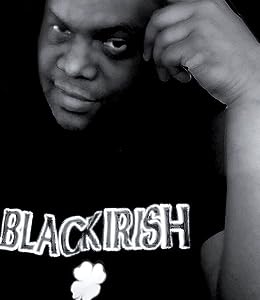 Whisper Down the Lane: A Novel Apr 6, 2021
by Clay Chapman
( 172 )
$11.99
“A diabolically creepy hybrid of horror and psychological suspense that thrills as much as it unsettles. You’ll keep turning the pages even as your hands shake.”—Riley Sager, New York Times best-selling author of Home Before Dark

A pulse-pounding, true-crime-based horror novel inspired by the McMartin preschool trial and Satanic Panic of the ’80s.

Richard doesn't have a past. For him, there is only the present: a new marriage, a first chance at fatherhood, and a quiet life as an art teacher in Virginia. Then the body of a ritualistically murdered rabbit appears on his school's playground, along with a birthday card for him. But Richard hasn't celebrated his birthday since he was known as Sean...

In the 1980s, Sean was five years old when his mother asked him if his favorite teacher had ever been inappropriate with him. In the course of one conversation, Sean was led to tell a lie. When school administrators, cops, and therapists questioned him, he told another. And another. And another. Each fueled the fire of a moral panic that engulfed the nation—and destroyed the lives of everyone around him. Now, thirty years later, someone is here to tell Richard that they know what Sean did. But who would even know that these two are one and the same? 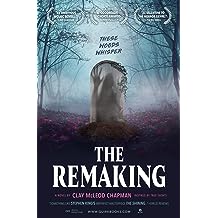 Inspired by a true story, this supernatural thriller for fans of horror and true crime follows a tale as it evolves every twenty years—with terrifying results.

In the 1930s, Ella Louise and her daughter Jessica are dragged from their home at the outskirts of Pilot’s Creek, Virginia, in the middle of the night. Ella Louise is accused of using her apothecary for witchcraft, and both are burned at the stake. Ella Louise’s burial site is never found, but the little girl has the most famous grave in the South: a steel-reinforced coffin surrounded by a fence of interconnected white crosses. Some wonder: If the mother was the witch, why is Jessica’s grave so tightly sealed?

This question fuels a legend as their story is told around a campfire in the 1950s by a man forever marked by his boyhood encounters with Jessica. Decades later, a boy at that campfire will cast Amber Pendleton as Jessica in a ’70s horror movie inspired by the Witch Girl of Pilot’s Creek. Amber’s experiences on the set and its meta-remake in the ’90s will ripple through pop culture, ruining her life and career after she becomes the target of a witch hunt herself.

Amber’s best chance to break the cycle of horror comes when a true-crime investigator tracks her down to interview her for his popular podcast. But will this final act of storytelling redeem her—or will it bring the story full circle, ready to be told once again. And again. And again . . .
Read more
Other Formats: Audible Audiobook , Hardcover , Paperback , Audio CD 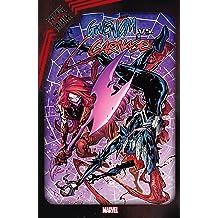 King In Black: Gwenom Vs. Carnage (King In Black (2020-2021)) Jul 28, 2021
by Seanan McGuire, Clay McLeod Chapman, Jed MacKay, Ken Lashley, Flaviano, Garry Brown, Michele Bandini
( 10 )
$8.99
Collects King In Black: Gwenom vs. Carnage (2021) #1-3, King in Black: Scream (2021) #1, King in Black: Spider-Man (2021) #1. The King in Black invades Earth-65! Bonded to a synthetic symbiote from another reality, Ghost-Spider, A.K.A. Gwen Stacy, is unique among the web-slingers of the Multiverse! But when Knull descends on her adopted home, his gravity well of dark psychic energy unleashes unforeseen consequences on Gwen! And her bandmate Mary Jane Watson is about to be pulled into this ordeal with a symbiote of her own. The ensuing madness can only be described as Gwenom vs. Carnage! They've been at each other's throats in the Mary Janes for years, but this battle of the bands will really shred! Plus: Andi Benton returns, but does Scream have what it takes to put a dent in Knull's armor? And what does this latest symbiotic nightmare mean for Spider-Man?!
Read more
Other Formats: Paperback 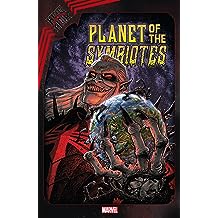 King In Black: Planet Of The Symbiotes (King In Black (2020-2021)) Jul 14, 2021
by Clay McLeod Chapman, Frank Tieri, Marc Bernardin, Geoffrey Thorne, Rodney Barnes, Steve Orlando, Simon Spurrier, Tony Moore, Guiu Vilanova, Danilo Beyruth, Kyle Hotz, Jan Bazaldua, Jesus Saiz
( 16 )
$6.99
Collects King In Black: Planet of the Symbiotes (2021) #1-3, King in Black: Black Knight (2021) #1. Darkness reigns over the Marvel Universe! As Knull makes his long-dreaded arrival, no corner of the world is safe — and all-star talents unite to explore key moments in the saga! Featuring epic clashes between Knull's army and Earth's heroes, the return of fan-favorite characters, surprising revelations regarding the Venom mythology and introductions to exciting new players in the Marvel Universe! Starring Scream, the American Kaiju, Cloak and Dagger, Cortland Kasady — ancestor of Cletus — and more! Plus: Dane Whitman, wielder of the mighty Ebony Blade, rises again to defend the Earth against Knull's unstoppable onslaught with Aero and Sword Master by his side! But what secrets will the brutal battle reveal about the Black Knight's past?
Read more
Other Formats: Paperback 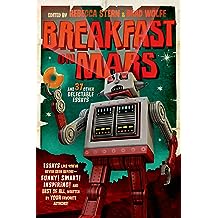 Breakfast on Mars and 37 Other Delectable Essays: Your Favorite Authors Take A Stab at the Dreaded Essay Assignment Jun 25, 2013
by Brad Wolfe, Rebecca Stern
( 63 )
$6.71 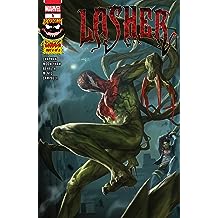 Extreme Carnage: Lasher (2021) #1 Aug 4, 2021
by Clay McLeod Chapman, Skan, Chris Mooneyham
( 2 )
$3.99
WITNESS THE BIRTH OF A NEW SYMBIOTE! Four issues into the Carnage event of the summer and the bodies just keep piling up – including some of the Venomaniacs the Mighty Marveldom know and love! But now is not a time to mourn for fallen heroes (or their symbiotes). CARNAGE is on the loose, and he’s building an army…
Read more
Other Formats: Comic Book 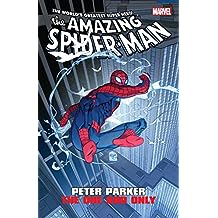 It's a celebration of the world's greatest super hero as some of Marvel's most talented creators spin tales of the original Spider-Man: Peter Parker! With a blizzard crippling New York City, Spider-Man must protect the city - but Aunt May's life is in danger! What is the Black Lodge? And how has Spider-Man been trapped there, surrounded by his deadliest foes? Spider-Man teams up with his old flame the Black Cat to bust an international art thievery ring! A young boy learns that he can't rely on super heroes like Spider-Man to stand up against bullies! Spidey and the Human Torch must stop an apocalyptic future by fighting - the Fantastic Four?!
Read more
Other Formats: Paperback 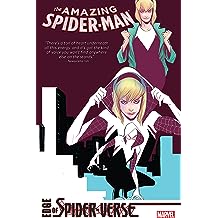 Peer over the edge of the Spider-Verse, at five different realities -- and five daringly different spiders! Spider-Man Noir returns, as the Peter Parker of the 1930s finds himself up against Mysterio and knee-deep in the biggest Spider-Man event of all! What is the secret of Dr. Aaron Aikman, the Spider-Man? Who are the villainous Red Eye and Naahmurah, and can Aaron live through Morlun's arrival? In a universe where the story you know becomes as horrific as possible, a radioactive spider bites a high-school nerd who is already something of a monster. Then, what or who is the incredible SP//dr? And finally, the breakout character of Spider-Verse makes her exciting debut -- in a world where the radioactive spider bit Gwen Stacy!
Read more
Other Formats: Paperback 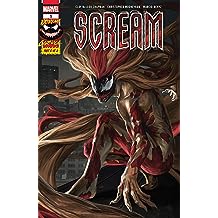 Extreme Carnage: Scream (2021) #1 Jul 14, 2021
by Clay McLeod Chapman, Skan, Chris Mooneyham
( 1 )
$3.99
SCREEEEEAM! SCREAM: CURSE OF CARNAGE writer Clay McLeod Chapman returns to the character to lend his lethal sensibilities to EXTREME CARNAGE! Andi Benton has always been a fighter, and that’s never been truer than since she bonded to the Scream symbiote a few months ago. But even after ABSOLUTE CARNAGE and KING IN BLACK, Andi has never had to fight like this — and, worse still, if she can’t save her symbiote from whatever unseen force is affecting it, she might have to do it alone…
Read more
Other Formats: Comic Book 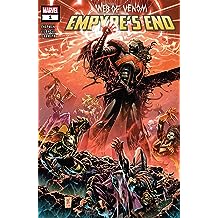 Web Of Venom: Empyre's End (2020) #1 (Web Of Venom (2018-)) Nov 4, 2020
by Clay McLeod Chapman, Philip Tan, Guiu Vilanova
( 9 )
$4.99
SPINNING OUT OF EMPYRE, KNULL’S DOMAIN BEGINS! FOR WEEKS, chaos engulfed Earth and space alike. First, the corpse of serial killer Cletus Kasady was bonded to a remnant of a mysteriously powerful alien symbiote, resurrecting his psychotic alter ego, Carnage. THEN, the generations-long Kree/Skrull conflict reached a brutal head on Earth, with shocking and unforeseen consequences. MEANWHILE one ancient entity at the edge of the universe has awoken. Born of hate and darkness, it’s the entity that feeds on chaos and brutality—and one group of unlucky fighters is about to face it head-on…
Read more 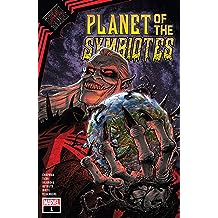 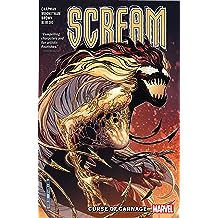 Out of ABSOLUTE CARNAGE comes a new symbiotic sensation — and it'll be a Scream! Patricia Robertson, Andi Benton, Donna Diego — their stories have all been leading to this. Now one of Venom's original offspring — and quite possibly the strongest — stars at last in her own adventure! But in the wake of Carnage's assault, what remains of the Scream symbiote? Who is its host? What are its intentions? And what will a pair of web-slinging wall-crawlers have to say about Scream's presence in New York? Meanwhile, a darkness has formed in the waters surrounding the Big Apple — something evil that beckons Scream with a siren song! With Venom nowhere to be found, this is now her problem — but what is its connection to Knull, god of the symbiotes?
Read more
Other Formats: Paperback