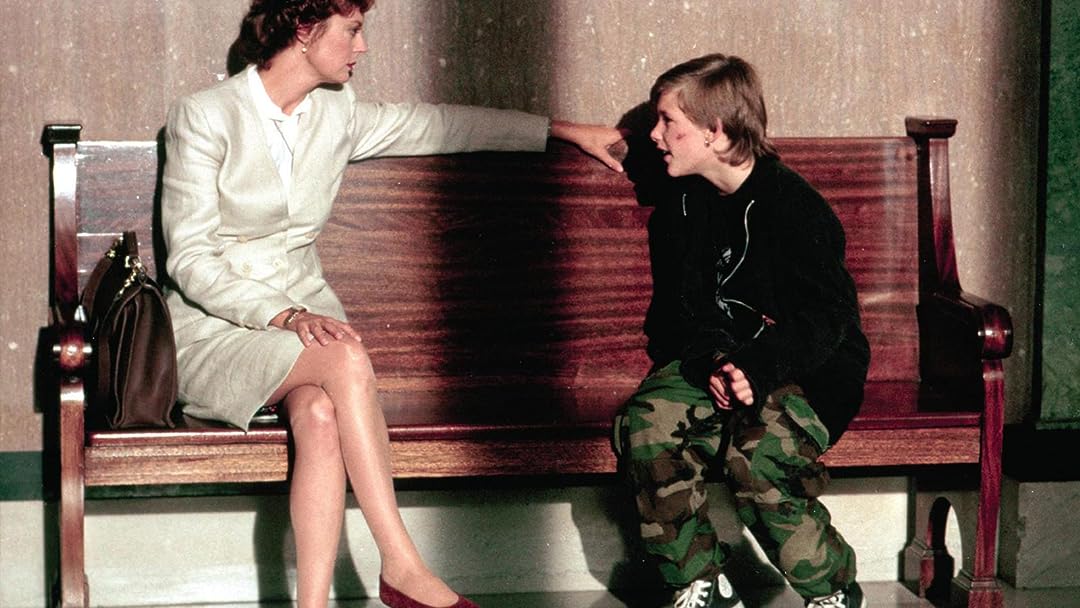 (3,731)
6.82h1994X-RayPG-13
A gripping adventure of a streetwise kid who, finding himself wanted by both the FBI and the mob, hires a lawyer to defend his right not to reveal what he knows about a mafia killing.

Robert HebertReviewed in the United States on April 28, 2018
5.0 out of 5 stars
Completely entertaining.
Verified purchase
Totally awesome movie. Loved it. The kid is cool. All kids are cool. In this movie I wanted to hug him at times and spank him at other times. LOL. Typical pre-teen from indigent, fatherless, family. Susan Sarandon was awesome. I love women with balls. Tommy Lee is Tommy Lee, a great actor. I'm sure that both attorneys; Susan, the defense attorney and Tommy Lee, prosecutor wanted to kill this kid at times. Whoever wrote the script was awesome.
7 people found this helpful

jane navarreReviewed in the United States on May 6, 2019
5.0 out of 5 stars
THE CLIENT By JOHN GRISHAM
Verified purchase
This was a ReRead for me. I enjoyed this book a number of years ago. When THE CLIENT appeared recently on my Kindle, I decided to order it. I was NOT DISAPPOINTED! This story has a struggling female attorney, and a little kid who witnessed a a crime. This kid approaches the attorney for HELP! It is loaded with cliches but honestly I had a hard time putting it down. John Gresham at his early best! I'm saving this book for my grandchildren to enjoy when they get older!
One person found this helpful

D. ThomasReviewed in the United States on March 1, 2014
4.0 out of 5 stars
Love it
Verified purchase
When I was in my early teens, I vaguely remembered seeing this show aired on TBS numerous times, however, I never really watched it. Just bits and pieces. However, while in high school, I read the book, and was glued to it. It was the only book I've ever read that I actually lost myself in. Time just whizzed by as I read it. Then I found out there was a movie, so I just had to get it on DVD.

When I watched the DVD, that's when I realized that I had already seen bits and pieces of it. Finally, several years later, I find there's a Bluray version of the movie and I just had to snatch it up.

There's nothing special about the movie itself. It's the same as the DVD, just better quality, however, I won't deny that it was disappointing that it was pretty much a 'port' from DVD to Bluray. It had no different special features from the DVD, even though by watching the 'Trailer' there were obviously deleted scenes that could have been added. Really a waste of Bluray disc since they didn't take advantage of the space Bluray discs have. But I'm still happy to have this movie in HD.

Cari A PainterReviewed in the United States on May 3, 2018
5.0 out of 5 stars
One of my favorite movies!
Verified purchase
This story kept me guessing! Susan Sarandon was fantastic as little Mark's lawyer after he witnesses a suicide. Anthony LaPaglia(from Without a Trace) is exceptional as sleazy killer and Tommy Lee Jones puts on a great performance. John Grisham's novels always make good movies and this one is worth the watch!
2 people found this helpful

KReviewed in the United States on November 5, 2018
5.0 out of 5 stars
Stands up
Verified purchase
I watched this again recently and I enjoyed it as much, if not more, as I did back in 1994, when it came out and I saw it in the theatre. It really has stood the test of time and, of course, the energy and attraction between Sarandon and Jones was palpable. The entire cast is good.
4 people found this helpful

DebReviewed in the United States on February 23, 2020
5.0 out of 5 stars
The Client
Verified purchase
I am a big fan of Susan Sarandon and she's fantastic in this movie. It is an older movie that can be enjoyed by kids and adults alike. It's a great family night movie. I would have loved to see this and other older movies included in Prime but it wasn't so I rented it because I like it that much.

Ellis TraubReviewed in the United States on May 20, 2014
5.0 out of 5 stars
Best Film Ever
Verified purchase
For as many years as it's been since "The Client" first appeared in the theaters, I have replied with that title when asked what my favorite film is. The cast is superb, with Brad Renfro firing the first, brilliant flare in a career that should have outshone James Dean in its trajectory, and Susan Sarandon and Tommy Lee Jones at their best, in roles that would formulate their stereotypes and define their depth. The plot was uniquely uncomplicated but sufficiently intricate. And, best of all, it carried with it the satisfaction of seeing a spectrum of good triumphing over a variety of evils, delivered with an elegantly broad span of humor and dark drama
9 people found this helpful

B. PerettiReviewed in the United States on June 18, 2014
3.0 out of 5 stars
Goals and Motivations hazy
Verified purchase
Nice story, but the motivations of the characters were askew and hard to get a handle on. The kid has witnessed a death and has information the authorities need to solve a crime, but he is scared of reprisal and doesn't want to testify, so his goal through the story is NOT to have to do something rather than struggling for a positive change. He retains a lawyer whose primary goal is to keep the kid from having to cooperate with the authorities, to NOT bring about justice but rather avoid it. Meanwhile, the prosecutors, FBI, and other "good guys" are portrayed as self-serving, lying, scheming bad guys as they try to force the kid to tell what he knows, which puts Justice on the side of wrong. As for the resolution, I won't spoil the ending except to say that all the kid ever had to do was cooperate with the authorities in the first place and save himself a whole movie's worth of unnecessary trouble. As the story is, the world is exactly the same after all the struggle as it would have been if there had been no struggle at all, which makes the story unsatisfying.
See all reviews
Back to top
Get to Know Us
Make Money with Us
Amazon Payment Products
Let Us Help You
EnglishChoose a language for shopping. United StatesChoose a country/region for shopping.
© 1996-2022, Amazon.com, Inc. or its affiliates