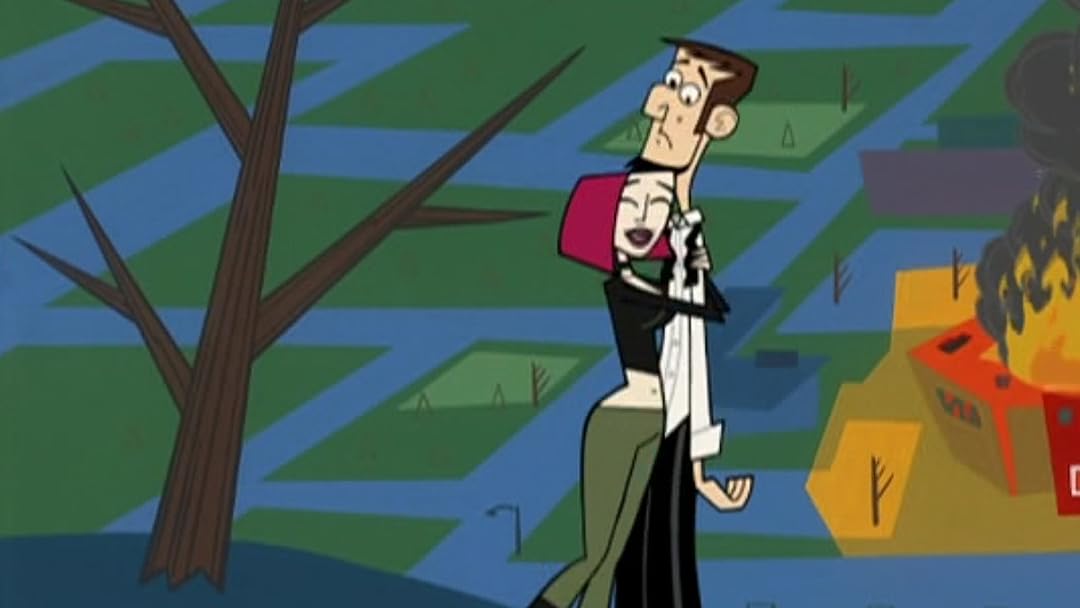 Season 1
(399)
8.12003TV-14
Animated characters originate from extracted DNA of the most important people in history. Through these hybrid characters every day high school life looks a little bit different.

IggsReviewed in the United States on October 21, 2017
1.0 out of 5 stars
I like Clone High, but this digital version stinks!
Verified purchase
I actually own this series on DVD, but I wanted to be lazy and not bother with the DVD player for a show I watch while falling asleep. There are issues with this digital version that make it, IMO, unwatchable.

As another reviewer pointed out, the digital version is missing some original music. Not only that, but they cut the theme song into by Abandoned Pools short! I have no idea why they did this. I like the song a lot.

Overall i wish I had my $8.99 back. DVDs are a much better quality.

NAthan S.Reviewed in the United States on September 26, 2020
4.0 out of 5 stars
Not the best way to view, but it will do.
Verified purchase
Clone High is an extremely rare gem of an animated series that stands the test of time. While the premise seem like it wouldn’t hold, make a teen drama but fill it with historical figures, the way the characters are written and how well it pokes fun at the teen drama genre really sells the show. The forced moral ending and many of the jokes still get a laugh out of me every time. I honestly would give Clone High a five star review if it was the original unedited version that was up for purchase.

While the digital is still very much watchable and I’d still recommend it to those who want to watch this classic, there are quite a few things that made the viewing less the optimal. For starters on of the aspects that made Clone High what it was is the music that they used. A portion of these tunes have been cut due to licensing issues and while some of the stock music acts as a decent substitutes, many of the big moments fall flat with the royalty free songs. Gone is Abandoned Pool’s “Start Over” and with it the impact of the ending.
Another aspect that got annoying was the quality of the animation. For a while I thought the slightly low definition look and the wobbly lines that would appear when the camera panned was due to the year this series was released, 2002. However when looking up clips for the show on YouTube, the issues didn’t appear and the quality was pretty clean and smooth.

So overall this version of Clone High is a 4 out of 5 for me. It’s a decent way to show official support for the show, but it’s a sloppy release on MTV’s part. Hopefully with the release of the revival MTV will get around to releasing a version that will contain the original soundtrack and have a cleaner look look to it.
One person found this helpful

Lush RimbaudReviewed in the United States on September 7, 2018
4.0 out of 5 stars
Great show, iffy digital quality
Verified purchase
This show is just as amazing as I remember! But the digital copy is really lacking. Several years ago I bought the dvd set when it was available and it was a perfect reproduction but it was stolen and when I went to replace it I realized those sets were now worth a couple hundred bucks. I thought the digital versions would be just as good but the picture quality kind of sucks and the truncated theme kind of ruins it for me. Still worth buying for nostalgia sake or to introduce it to people, but not the same.
One person found this helpful

DarceReviewed in the United States on August 19, 2020
5.0 out of 5 stars
The funniest single season of any show ever
Verified purchase
This is my all-time favorite show and I am glad MTV is giving it another go. 13 episodes were never enough!

ToddReviewed in the United States on October 7, 2020
2.0 out of 5 stars
Terrible (non-original) soundtrack
Verified purchase
Don't buy this if you want to relive the awesomeness of the original Clone High. This edition has NONE of the original music which takes away from this show's character. If you want the original version, go to YouTube and search RETRO RERUN. There you will find the full, original, nostalgic, non-creepy-silicon-filled-Sanchez-lips version of Clone High.
One person found this helpful

Jeremy CrawfordReviewed in the United States on April 13, 2021
1.0 out of 5 stars
THIS IS A WASTE OF MONEY!!!!
Verified purchase
this is a waste of my money and everyone else's you can go watch the ORIGINAL 1 SERIES OF THIS SHOW ON YOUTUBE!!! all you have to do is look up " Clone High Retro Rewind" and you can watch the show for free with the whole original soundtrack and everything ... if i were you... i'd think long and hard...what would you pick... Buy a crappy version for 13 dollars..... or watch the original show for free...on Youtube...it's up for to decide...

Brandon LytleReviewed in the United States on February 14, 2019
5.0 out of 5 stars
One of the only good things MTV ever did
Verified purchase
This is one of my favorite shows. The cast was great. The writing was fantastic. It's a timeless classic the whole family can enjoy.

Fallon YoungReviewed in the United States on December 8, 2020
5.0 out of 5 stars
a must watch!
Verified purchase
this show is hilarious! i love the animation and voicing so much! i don’t think this could have been done better. i was skeptical to purchase this, but i don’t regret it one bit!
See all reviews
Back to top
Get to Know Us
Make Money with Us
Amazon Payment Products
Let Us Help You
EnglishChoose a language for shopping. United StatesChoose a country/region for shopping.
© 1996-2021, Amazon.com, Inc. or its affiliates