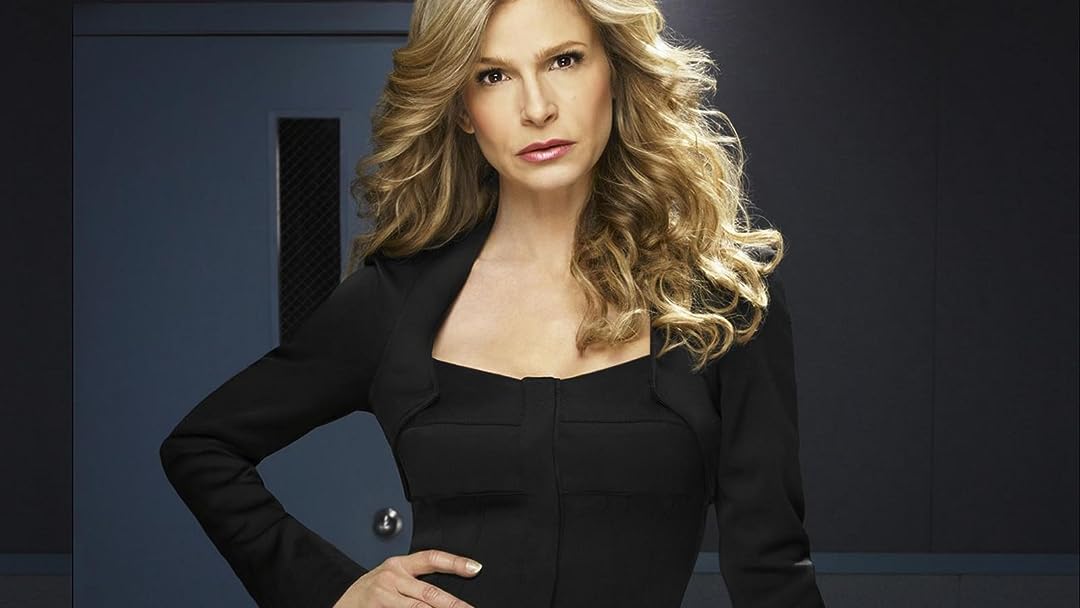 LolaReviewed in the United States on February 1, 2019
5.0 out of 5 stars
Exceptional TV!!
Verified purchase
Of course, this is all personal opinion, but - The Closer is one of the most well-rounded productions I've ever watched. I'm actually not a fan of police shows. There's so many of them that are the same - same alcoholic detective with romance problems, same criminals they arrest, same storyline rewritten slightly but still too familiar. It just gets so boring. But, The Closer broke the mold, for me.
The writing was outstanding. Very clever dialogue, intense drama, quirky/hilarious humor.
The characters - the series regulars are some of the best characters assembled on one show. Each actor does an outstanding job with their character. No one over the top. Because of this show, every time I see just about every actor who was a regular and most guest actors on another show, I can't help but smile and look forward to any other roles they may play.
The storyline and direction flows so well that I honestly never drift off, no matter how many times I've seen each episode (which I'm probably on my 5th or 6th run through the series).
Kyra Sedgwick was nominated for awards many times. She won a few times, but should've won much more. She's simply amazing. Frankly, several of the other actors should've won awards.
If there are any shows with the same kind of heart and entertainment as The Closer, please leave a comment for me so I can check it out.

RoseyReviewed in the United States on August 6, 2021
1.0 out of 5 stars
The show's good, but the discs...
Verified purchase
Sadly, I ignored the problems with the first disc, terrible looking video, all muddy looking, and the screen freezing a couple times. I got to episode 9, and the darn disc won't play it! It's too late for me to return it (not blaming Amazon mind you!) Bear in mind that this is the first time the disc was out of the packaging. Don't buy this, but do watch the show! You can probably find it on TV, I know it's on in our area.
2 people found this helpful

DianeReviewed in the United States on November 6, 2020
1.0 out of 5 stars
Don’t trust condition of dvds - pirated dvd?
Verified purchase
This series came with 4 dvds. It was also promised to play all episodes. The second disk played some episodes but there were missing parts- for examples the first 10 minutes were missing from several episodes. Other episodes played the beginning then went black. It looks like it coii I kd be pirated as so many episodes did not have the opening which included the credits.
3 people found this helpful

DrGeniusReviewed in the United States on June 29, 2019
5.0 out of 5 stars
Both DVDs were in excellent viewing condition upon arrival.
Verified purchase
There were 2 DVDs sent to me of Season One of the "Closer." They came in one packaging. They arrived in a timely manner as promised when purchased. There was no damage. They were well marked and in excellent condition. The DVDs look like new. I was very expressed with their physical appearance. I have viewed both DVDs completely at least 2 times now. I couldn't stop watching each time I started viewing. All episodes were so good. Not one interruption problem! There are many interruptions on TV. However, I love the show on TV. The show's actors and writers did a very good job. The DVDs are all I wanted and some. I think I made a very good purchase! Thank you.
5 people found this helpful

jennieff bianca snowdenReviewed in the United States on June 16, 2021
5.0 out of 5 stars
Best Crime Show TNT Put Out
Verified purchase
This is my all time favorite crime show from TNT. I guess I am partial to Southerners not being portrayed as ignorant or shiftless. The fact that Chief Deputy Brenda Lee Johnson earned her reputation is refreshing. And yes, her tact isn't to kiss your fanny or not point out your mistakes. She gets to the truth, point blank. Her supporting cast may still have a few doubts about her at end of season, but their respect she has earned...again, something very refreshing. Can't wait to get other seasons :)

Cooking TyroReviewed in the United States on February 22, 2020
3.0 out of 5 stars
Skip Series 1 & 2 if hearing impaired
Verified purchase
Subtitles are in French and Spanish for series 1 & 2. English subtitles come with Series 3. So, a skip initially for hearing impaired.
5 people found this helpful

FerrisReviewed in the United States on June 1, 2021
5.0 out of 5 stars
A very good series
Verified purchase
There’s nothing I dislike about this series. I watched it on TV and liked it so much I wanna make sure I have the DVDs to go back to on occasion. I like the stories and the actors. I am disappointed that “The Closer” has been cancelled. However there is a series called Major Crimes that is like a continuation of The Closer that have most of the same actors in it except Kyra Sedgwick isn’t in it.

ChristieReviewed in the United States on February 21, 2016
5.0 out of 5 stars
Kyra Sedgwick at her best!
Verified purchase
I love the characters in this show, especially Brenda. She has all the personality flaws women deal with, addiction to sweets, not always neat and tidy but she is one tough lady and gets the job done. In the first episode you will see how she manages to overcome her new teams prejudice against a woman boss and especially one brought in from outside. Love, love, love The Closer and not at all fond of the new spin off without her and Pope.
12 people found this helpful
See all reviews
Back to top
Get to Know Us
Make Money with Us
Amazon Payment Products
Let Us Help You
EnglishChoose a language for shopping. United StatesChoose a country/region for shopping.
© 1996-2022, Amazon.com, Inc. or its affiliates