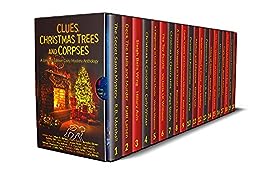 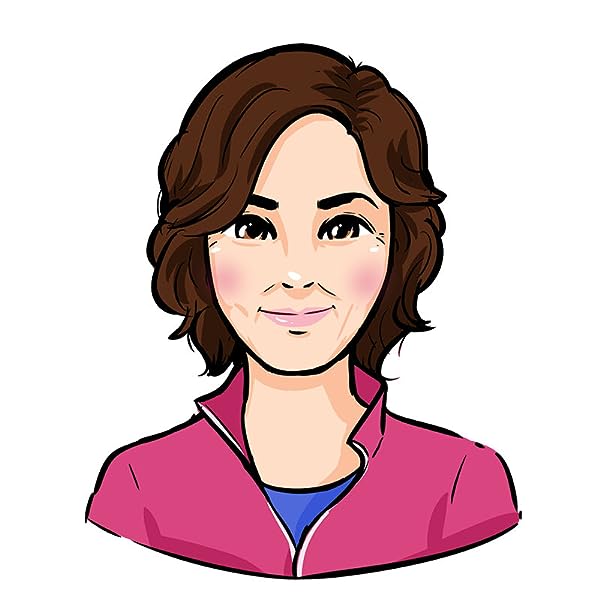 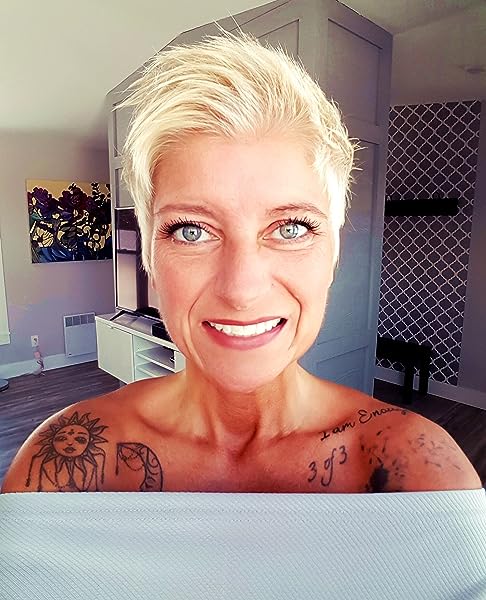 Featuring poisonous poinsettias, corpses on Christmas trees and toxic tinsel, these fabulous stories--including 15 brand new and exclusive tales--will keep you entertained until Santa arrives:
A Corpse Wrapped in Tinsel by Benedict Brown
Cards, Capers and Christmas Miracles by Emily Selby
Christmas is Canceled by Carly Winter
Christmas in Cherry Hills by Paige Sleuth
Claus of Death by Moira Bates
Deck The Halls and Murder by Patti Larsen
Ho, Ho, Homicide! by MP Smith
It's Beginning to Look a Lot Like Murder by Wendy Meadows
Jingle Bones by Rosie Meleady
Let it Sew, Let it Sew, Let it Sew by Babs Emodi
Malbec and Mistletoe by Daisy Linh
Marry Christmas by Joann Keder
Peppermint Twist by Mary B. Barbee
Poison and Poinsettias by Aubrey Elle
Rebel Without a Claus by Ava Mallory
Sleigh Bells Wing by Hillary Avis
The Four Chickens of Christmas by Beth McElla
The Purloined Poinsettia by Cathy Tully
The Secret Santa Mystery by R.B. Marshall
The Toy Puzzle by Victoria LK Williams

This limited edition collection will only be available in eBook format for a few months so don't miss out - grab yourself a bargain today!
Read more
Previous page
Next page

4.3 out of 5 stars
4.3 out of 5
39 global ratings
How are ratings calculated?
To calculate the overall star rating and percentage breakdown by star, we don’t use a simple average. Instead, our system considers things like how recent a review is and if the reviewer bought the item on Amazon. It also analyzes reviews to verify trustworthiness.
Top reviews

Julie Blaskie
5.0 out of 5 stars a fun group of stories!
Reviewed in the United States on November 4, 2021
Verified Purchase
This is definitely a fun collection of stories to read to prepare for the holidays! While I was mainly interested because Hillary Avis has a story in it, I was glad to read the other stories as well. I knew if she had a story in it, the rest of the collection should be good reading as well!

I will say that I found a few authors where I would like to read more stories from, and I have signed up for their newsletters! Ms Avis story is my favorite because her stories ALWAYS make me laugh out loud (much to the chagrin of my cats). However, as I had mentioned before, the other stories were fun to read and gave me new authors to try out! That's why I like anthologies... If a favorite author is included, you know she will be in good company!

If you need some holiday cheer and some very mysterious happenings, grab this anthology and settle down for a great time! I bought a copy to support the group and one for my husband... and a few others who may need the fun, too! I was given an ARC, and I am freely expressing my opinion - it's a fun read that will lift your spirits!
Read more
2 people found this helpful
Helpful
Report abuse

Betty V
5.0 out of 5 stars Variety
Reviewed in the United States on November 1, 2021
Verified Purchase
This was a delightful read with a nice variety of stories to put you in the holiday spirit. What an enjoyable compilation of different authors.

I received an advanced copy of this book from the author in exchange for an honest review.
Read more
3 people found this helpful
Helpful
Report abuse

jill
5.0 out of 5 stars Great Christmas anthology
Reviewed in the United States on November 7, 2021
Verified Purchase
This is a Christmas anthology with 20 stories by different authors. It has comedy, mystery, romance, and other themes. Each story is different, something for everyone, with Christmas as a common denominator. By reading the stories in this book you may find an author that you really enjoy that you have never read before. This is a great bargain and I’m sure you will find some stories that you will truly enjoy. I would highly recommend this book to anyone who enjoys a good cozy mystery.
I received an ARC of this book and this is my honest review.
Read more
One person found this helpful
Helpful
Report abuse

Jodi Sweet
4.0 out of 5 stars Good stories
Reviewed in the United States on November 3, 2021
Verified Purchase
I found most of the stories enjoyable. Some took me longer to get through. It’s a nice read, just very long with as many authors are in it.
Read more
3 people found this helpful
Helpful
Report abuse

Kindle Customer
4.0 out of 5 stars A good collection.
Reviewed in the United States on November 6, 2021
Verified Purchase
I enjoyed most of these stories. I did not like 7 out of the 20, but it is still worth the price. Not all the mysteries are murder mysteries. The stories I like have good plots and characters. Good mysteries with Christmas themes.
Read more
One person found this helpful
Helpful
Report abuse

Gammy
1.0 out of 5 stars Did he enjoy
Reviewed in the United States on November 13, 2021
Verified Purchase
I did not enjoy reading any of these books. There were some mistakes in several. One was talking about a female dog and said he instead of she and on
In next line said she. All of them were slow in action and boring.
Read more
One person found this helpful
Helpful
Report abuse

Pat. H
5.0 out of 5 stars Great mystery short stories with a Christmas theme
Reviewed in the United States on November 1, 2021
This is an anthology of Christmas short stories about murder mysteries. I gratefully received a free copy from one of my favorite authors who has a story included. The first story is good, the second one is my favorite because it is about a character I follow and have enjoyed all her stories so far, the third is ok, but it starts with assuming the reader knows all the characters from reading previous books ( which I have not.) That is common for this kind of anthology but the author also tends to use incomplete sentences, like with no subject! 😣😣 Sometimes it means reading a section twice to get the meaning. At least the story is good. There are twenty stories in this book so there is sure to be something for everyone who might enjoy Christmas murder mysteries. (Sounds odd to even say that!) I enjoy humor, mysteries, and Christmas so this book was perfect for me and I would recommend it to fellow mystery readers. And you can't beat the price. It is a nice introduction to authors you may not be familiar with as well.
Read more
3 people found this helpful
Helpful
Report abuse

Illinois Reader
5.0 out of 5 stars Terrific Christmas collection with sleuthing for murders
Reviewed in the United States on November 1, 2021
A marvelous collection of murder stories with the Christmas theme in common.

My personal favorite was the Izzy Palmer story by Benedict Brown. Izzy was brilliant in solving the death of an unpopular supervisor at a major departments store's Santa's Village. I loved the police presence and their attitude throughout the case. Silly fun, serious murder, and excellent sleuthing!

Another good one was by Cathy Tully and incorporated many of her Dr. Shine characters.
Many other favorite authors stories are also included. This is a collection that is a bargain that no cozy mystery lover should miss.
Read more
2 people found this helpful
Helpful
Report abuse
See all reviews

Lucy Hayward
5.0 out of 5 stars Christmas themed mysteries and 'whodunnits' from a variety of authors
Reviewed in the United Kingdom on November 6, 2021
Verified Purchase
I have to say that this is a mixed bag of stories. Great value for money though - with over 20 short (and not so short) stories from different authors - some, like Rosie Meleady stand out for a tale well-told and engagingly written. Others I just couldn't get into as the plots were difficult to follow or just plain bonkers.

That said, there's more good than bad in this anthology and if you like a mystery and even more, LOVE Christmas stories, then this is definitely the book for you.
Read more
Report abuse

Colleen Thistleton
5.0 out of 5 stars A great collection of stories
Reviewed in Australia on November 26, 2021
Verified Purchase
Lots of different mysteries, full of fascinating characters and interesting problems. Shorter stories that make it easy to finish one in a sitting or keep reading if you have more time. Enjoy a number of different slants on Christmas.
Read more
Report abuse
See all reviews