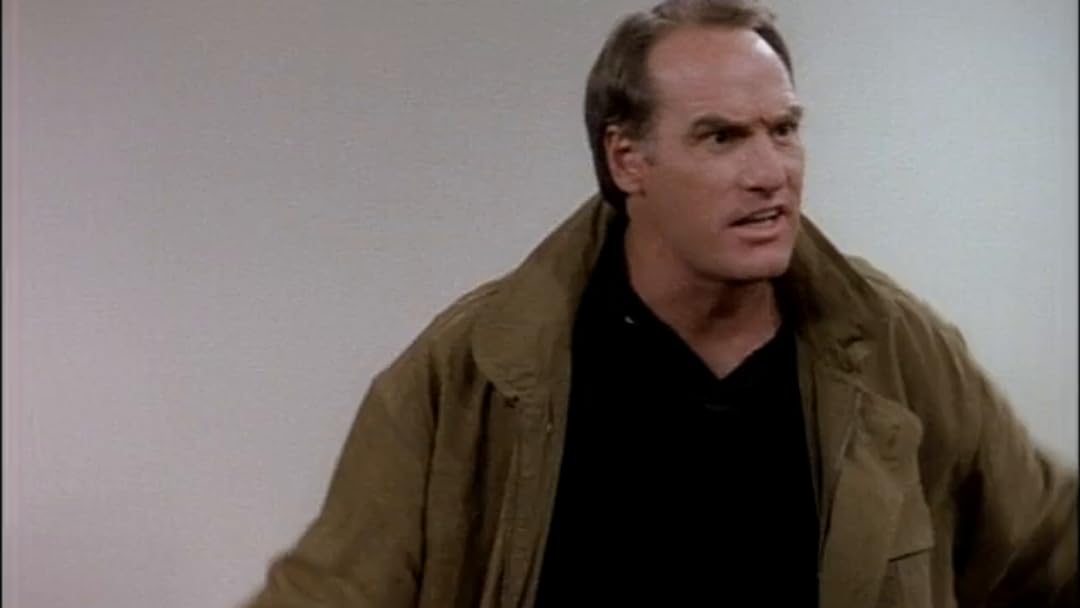 (135)
1990X-Ray7+
It's time to get back into the game with Season Two of Coach! Team up again with Craig T. Nelson in his Primetime Emmy Award-winning role as Hayden Fox, the curmudgeonly coach of Minnesota State University's Screaming Eagles football team. The episodes follow Fox as he tries to navigate his way through the sports world, fatherhood and family life without dropping the ball.

DisneyMomReviewed in the United States on March 2, 2015
5.0 out of 5 stars
COACH....an old friend who made us laugh
Verified purchase
They just don't make comedies like Coach any longer.

Craig T. Nelson was perfect as Hayden Fox...our outspoken, sometimes rude, always needing a mouth filter, yet loveable coach. He and the rest of the Coach characters made us laugh, and sometimes cry, out loud. Christine, Hayden's long-time, always sufferable girlfriend (and eventually, wife) was the perfect balance to the show.

If you watched Coach, then I don't need to tell you any more. Just go buy the dang DVDs. If you never watched Coach and want to make some new friends that make you laugh, buy Season 1 of Coach and take it from there. I promise you won't be disappointed.

And to the distributors of Coach...PLEASE put out ALL the seasons on DVD. I beg of you. :D

Leif SheppardReviewed in the United States on January 27, 2008
5.0 out of 5 stars
Outstanding sitcom, surprisingly good release!
Verified purchase
I was wary of the quality of these discs, due to some of the negative reviews here and the fact that ten entire episodes are crammed onto each one of the two discs. After watching through the entire second season, I was extremely pleased with this set. The picture quality is simply excellent! I'm honestly not certain what the detractors here expected, but I can assure you the picture looks great for a nearly eighteen year old program.

There are only a couple of tiny problems. For instance, I noticed on the episode "I'm In The Mood For Luther" the audio cuts out at the beginning and end of the episode. Not a word of dialog is removed, just a bit of the intro music is deleted for some inexplicable reason.

Overall, I couldn't be happier with this set, especially since it can be had for under twenty dollars. This leaves me wishing other sitcoms, such as Frasier or Seinfeld, had budget sets like this - rather than spreading the episodes out needlessly on four or five discs - then charging us upwards of $40 to purchase it.
3 people found this helpful

SerpentizReviewed in the United States on July 28, 2013
5.0 out of 5 stars
Excellent Sitcom, good package.
Verified purchase
After discovering Coach on Netflix, I had to own the series. I purchased this set along with the Limited Edition first season set. They packaged this set a little different than most TV Shows that I've purchased, in that, each of the two DVDs has its own standard black DVD case for storage, and there's a sleeve that fits over both. This may have made it a little more bulky than it needed to be, but I like it. It keeps the DVDs as safe as possible from scratching. It also makes it easy to grab the DVD you want, no having to fumble about taking one disc out in order to get to the one seated behind it, or take all the DVDs out in order to replace them in the correct nesting order. There are no real special features to speak of on this set, but for the price, I didn't really expect much. I'd recommend it for folks that just want to laugh and have a good time, even if you're not a football fan, it's a great show to watch!
3 people found this helpful

BarbaraReviewed in the United States on April 11, 2018
5.0 out of 5 stars
Great Show!
Verified purchase
This is a great series! The DVD arrived in perfect condition and the cost was very reasonable.
I would recommend highly!

☼ Lauren ☼Reviewed in the United States on December 27, 2016
4.0 out of 5 stars
Excellent!
Verified purchase
Received item as described. It was brand new and contained both the siding security sticker and was sealed shut. DVDs inside were labeled new from the company that created COACH (meaning they weren't pirated/rip-off copies but the originals). I am giving the set four stars instead of five because there was damage to the exterior packaging.
One person found this helpful

Anthony MitchellReviewed in the United States on August 15, 2015
5.0 out of 5 stars
Lots of Laughs
Verified purchase
Season Two of the series is every bit as good as one, if not better. Haden and his cohorts Luther and Dobber get into some pretty crazy situations and always act just like geniuses in getting out of them(sarcasm). My favorite episode is definitely the grape juice episode. Classic!

John WinstonReviewed in the United States on April 17, 2018
5.0 out of 5 stars
Great buy!
Verified purchase
Great classic series. It's kind of a throwback to sitcoms from decades earlier.
2 people found this helpful
See all reviews
Back to top
Get to Know Us
Make Money with Us
Amazon Payment Products
Let Us Help You
EnglishChoose a language for shopping. United StatesChoose a country/region for shopping.
© 1996-2022, Amazon.com, Inc. or its affiliates