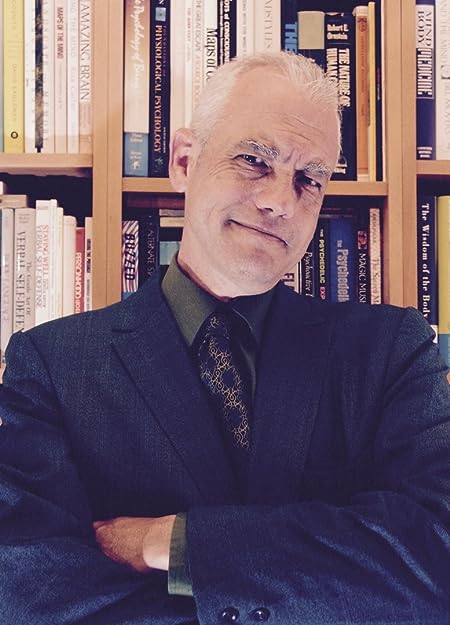 CODY GOODFELLOW has written eight novels, and co-wrote three more with New York Times bestselling author John Skipp. His first two collections, Silent Weapons For Quiet Wars and All-Monster Action, each received the Wonderland Book Award. He wrote, co-produced and scored the short Lovecraftian hygiene films Stay At Home Dad and Baby Got Bass, which may be viewed on YouTube. As an actor, he has appeared in numerous short films, TV shows, music videos and commercials. He is also a cofounder of Perilous Press, an occasional micropublisher of modern cosmic horror. He lives in San Diego, California. 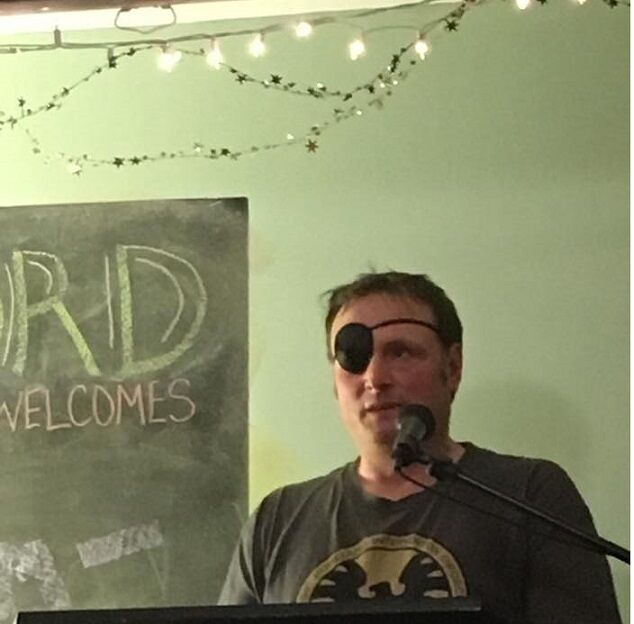 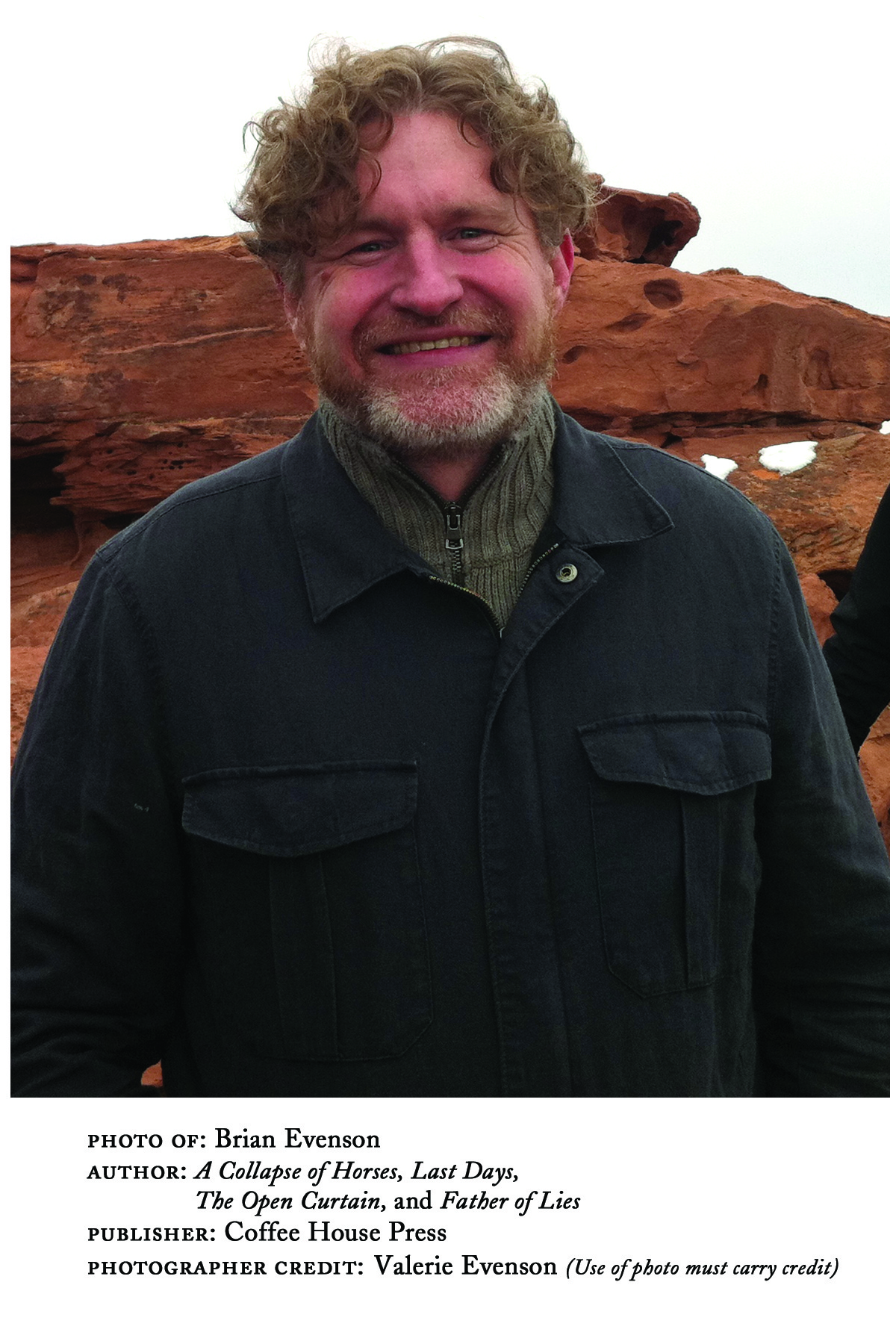 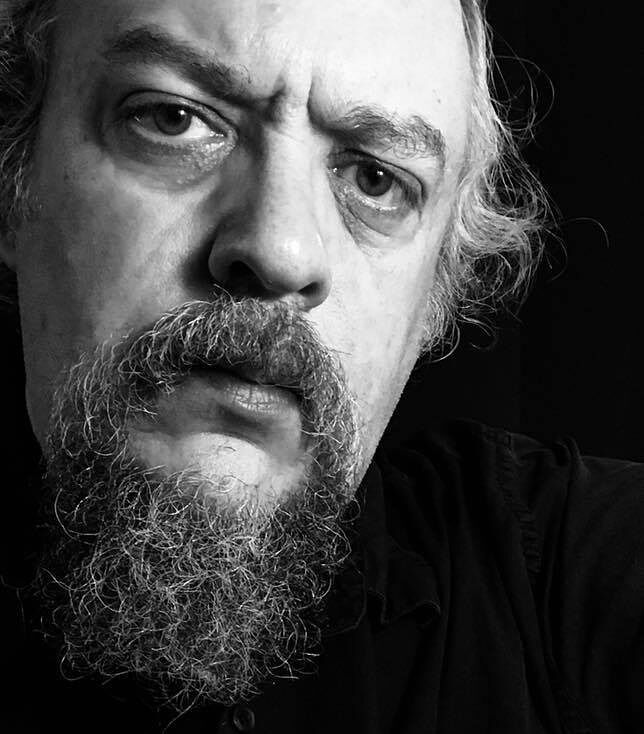 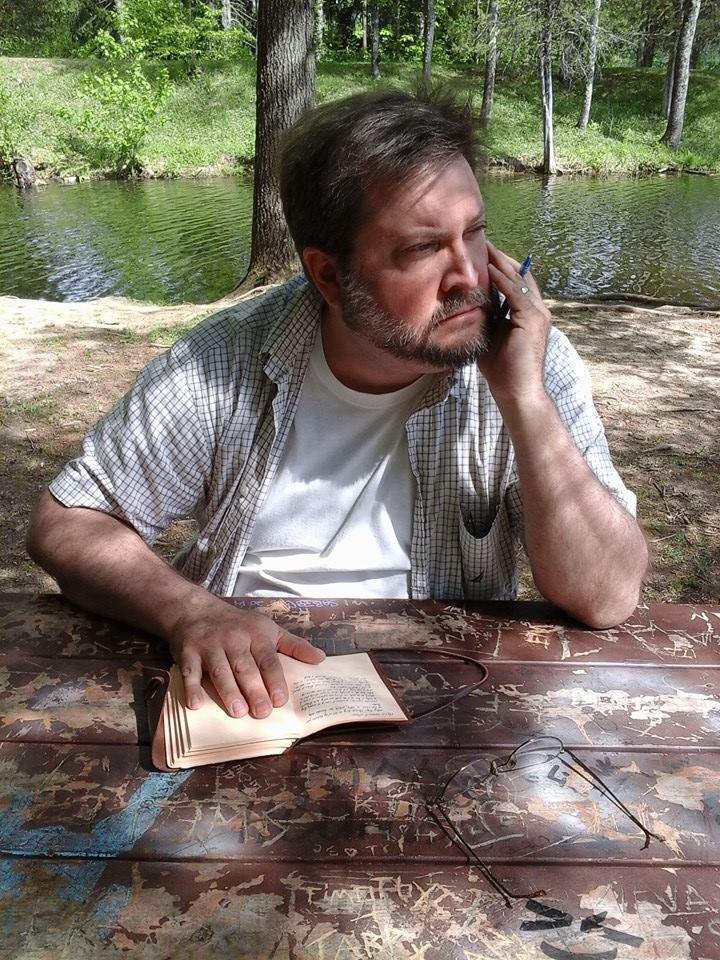 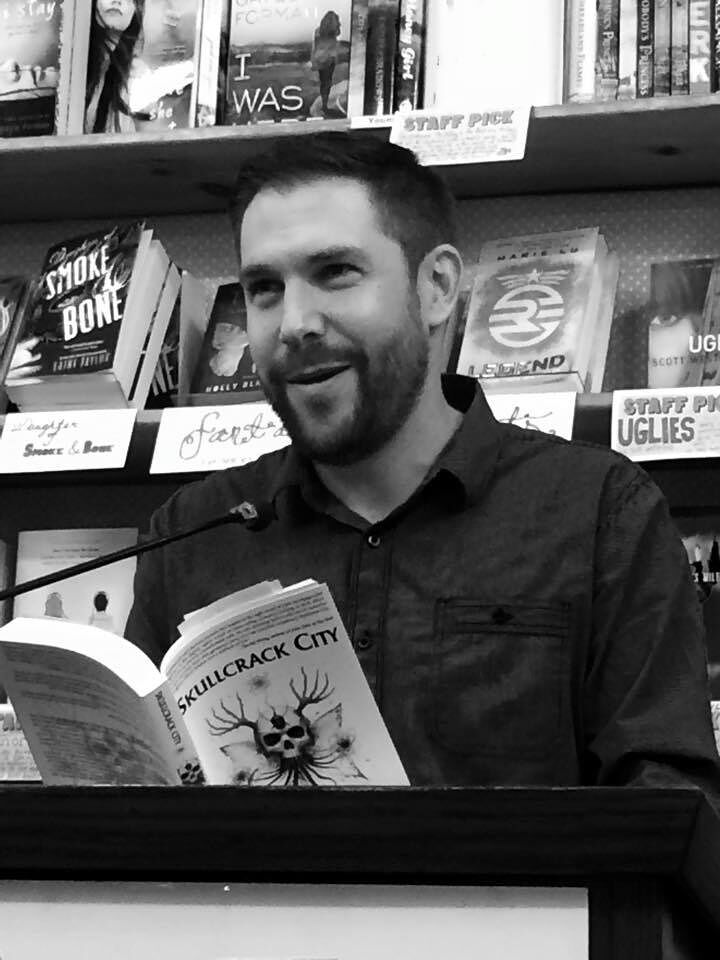 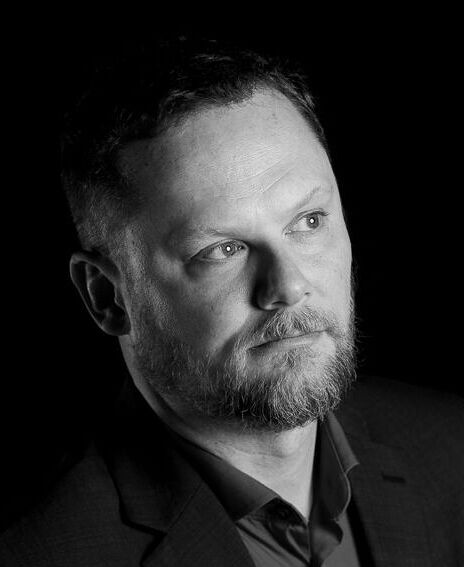 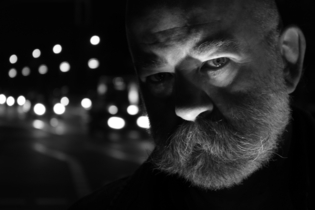 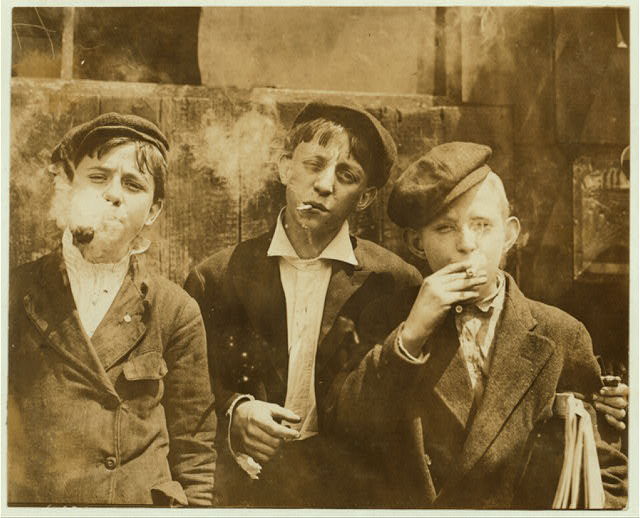 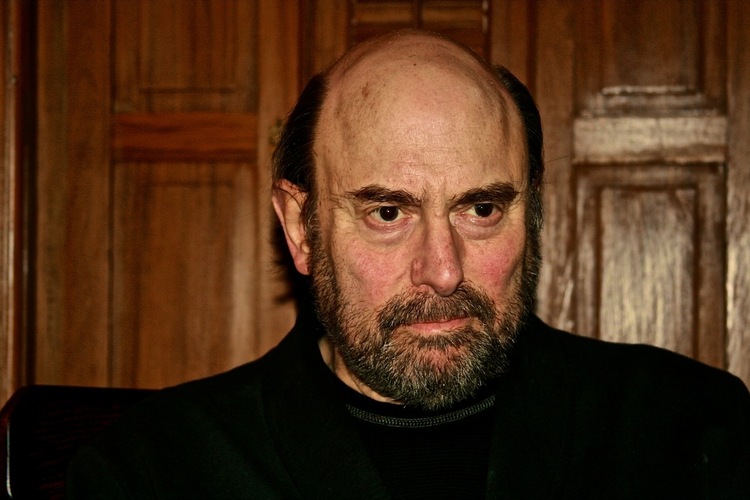 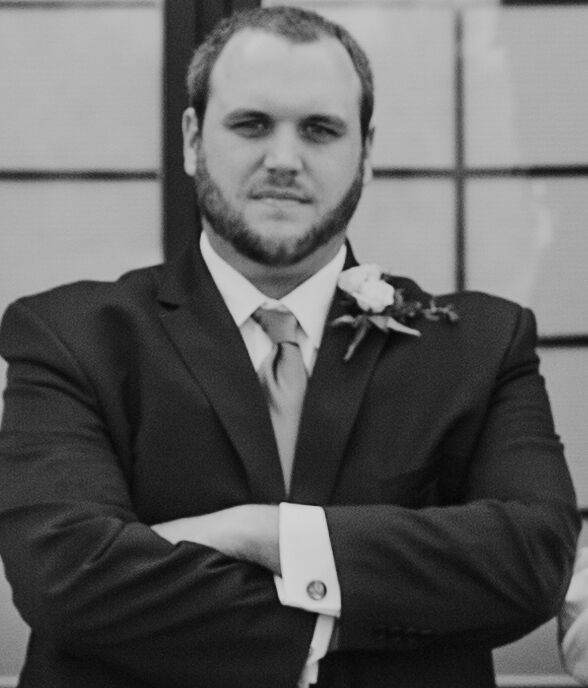 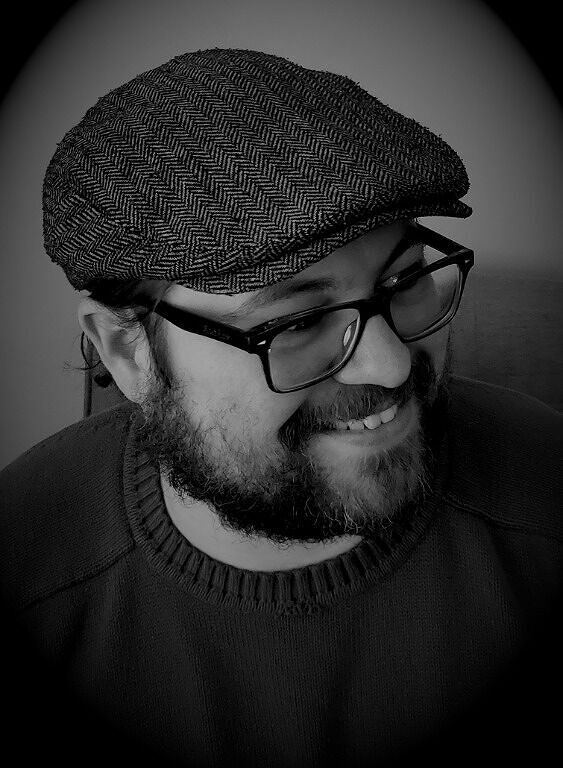 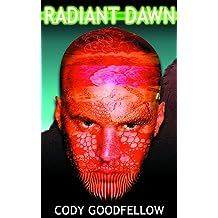 From a ruined chemical weapons bunker in Iraq to a shallow grave in California's San Andreas Fault, the lines are drawn for a shadow war that will decide who, or what, will inherit the earth and reign as the next dominant species.

The escalating conflict engulfs the lives of three born survivors: a broken veteran of the Gulf War; a fiercely independent young nurse dying of cancer; and a brilliant novice FBI agent. Plunged into an arena where the stakes are survival or extinction, each must choose a side: between a militia of rogue government scientists and an enigmatic messiah who holds the cure for death itself, and the key to a new form of life.

Trapped in a genocidal war the government will do anything to conceal, where top-secret military technologies vie with the primal power of evolution unleashed, they will struggle to understand and stay alive...and stay human.
Read more
Other Formats: Paperback 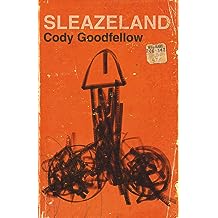 Sleazeland Feb 26, 2019
by Cody Goodfellow
( 14 )
$4.99
“SLEAZELAND is wild and cynical and hilarious and dirty and brilliant. Goodfellow is a carnival barker of depravity and injustice, craftily lifting those tread-upon gold stars to show the dead dreams wiggling beneath. Look out, Hollywood, Cody's onto you.” – Philip Fracassi, author of Behold the Void

From two-time Wonderland Book Award-winning author, Cody Goodfellow, described as “one of the best writers of our generation” by grandmaster of horror Brian Keene, and “the Ellroy of speculative fiction ” by acclaimed cult author Jeremey Robert Johnson, comes a novel of desperation and degradation in the city of mutilated dreams.

Loathe him or hate him, nothing can stop Charlie Parsons from living the Hollywood dream––not homelessness, not a shady agent who sends him on daily suicide missions, not even the combined might of the LAPD and the infamous Blood Eagle Security. With only a tattered tell-all bio of the most problematic child star in TV history for guidance, Parsons is going to get famous if he has to blow every studio mogul in town to make his dream come true.

But Charlie slides into a nightmare when he touches the bulging belly of a runaway pregnant woman with the unborn son of a cult-leader so powerful, thinking his name could give you cancer.

From the empty LA River to an eternal, interdimensional A-list party, Charlie is running for his life, crashing through twisted alternate Hollywoods where the religious right rules all and bloodthirsty studio execs hunt the homeless for sport. On a quest to save the proverbial damsel in distress, he’ll have to pitch a dozen shit-hot movie ideas, slay the dragons of his problematic past and somehow overcome the temptation of the most dangerous addiction in the dirty business of dreams––true, unselfish love.

Sleazeland is one of Cody Goodfellow’s absolute best works of bizarro fiction. A parable for the harsh realities of surviving in one of the filthiest industries on Earth.
Read more
Other Formats: Paperback 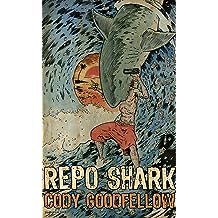 Ace Vegas repo man Zef DeGroot is sent to Hawaii to collect a vintage Harley-Davidson from a legendary dope-dealer and karaoke killer the locals call Donny Punani. But an easy snatch for a ninja of Zef's mad sklils becomes a nightmarish farce when he finds monstrous crooks, crooked cops and the lust-mad gods of paradise are all conspiring to push his shit in.

From the twisted tourist traps of Honolulu to the savage tropical backwaters of Hana, Zef DeGroot will have to run, fight, and pillbug for his life through an aloha gauntlet of cannibal thugs and date-rape drugs, of psycho TV shrinks and surfing leper hijinx. And that's just to find the bike...to get away with it and go home, he's going to have to go through the ghost-god son of the King of All Sharks. 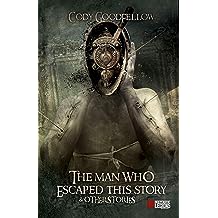 From Author's Introduction:
"I hope these stories of bad things happening to worse people will give you thrills and chills, but if they are worth reading and remembering, if they were worth writing, I hope they will give you some sense of empathy for the condemned –some understanding of how people who feel trapped or driven by circumstance are too often the authors of their own undoing, or how even the most venal villains are the heroes of their own stories– and (perhaps it’s not too much to hope for) help you figure out how to be the hero of yours … and maybe even how to escape it." 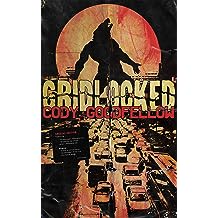 A pocket-sized double feature of classic cult offerings: Dog-men on motorcycles stalking their prey on a crowded interstate! A punk band's gore-soaked demo tour during the zombie apocalypse!

"It doesn't matter if he's doing crime, Lovecraftian short stories, strange literary fiction disguised as madman narratives, horror, or something in between, you always get an explosive mixture of ideas and superb use of language when reading Cody Goodfellow." -Gabino Iglesias, author of Coyote Songs 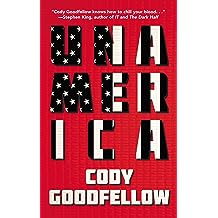 Buried half a mile beneath the desert sands of the US-Mexico border, exists a secret city that holds the promise of everything that draws refugees and immigrants to America––liberty, luxury and excess. . .

In this Terminal Autonomous Zone, two prophets will rise—one, a reckless seeker who believes the psychedelic mushrooms he’s discovered will spur a revolution in human consciousness; the other, a fire-and-brimstone preacher endowed by strange angels with a power that heals the sick and raises the dead—and as rival factions emerge around them, a march toward war begins . . .

“Unamerica is madness. Timely, familiar, brilliant—but most of all, terrifying—madness.” —ROB HART, author of The Warehouse

“Goodfellow satirizes the excesses of capitalism, religion, and drug culture in this macabre dystopian fantasy... a wild, trippy journey through a horrifying nightmare version of America.” —PUBLISHERS WEEKLY
Read more
Other Formats: Paperback 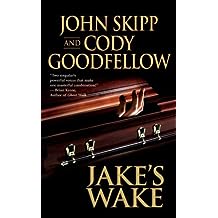 Jake's Wake Dec 30, 2008
by Cody Goodfellow
( 23 )
$3.99
Pastor Jake promised his followers everlasting life…he just didn’t say what kind. So when the small-town televangelist and con man climbs out of his coffin at his own wake, it becomes Judgment Day for everyone gathered to mourn—or celebrate—his death. Jake is back, in the rotting flesh, filled with anger and vengeance. And accompanied by demons even more frightening than himself. What follows is a long night of endless terror, a blood-drenched rampage by the man not even death could stop.
Read more
Other Formats: Paperback , Mass Market Paperback , Audio CD 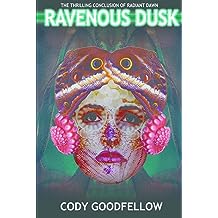 In the Seven Devils Mountains of Northern Idaho, in the radioactive shadow of Chernobyl, their numbers grow. They gather to be cured of their cancer, but they become much more. Soon, they will be One. When they come into their kingdom, all plant and animal life on earth will be rendered obsolete, and a billion-year old experiment called evolution will have reached its logical conclusion.

As Special Agent Martin Cundieffe pursues the trail of the mutant cult, he finds a deeper secret that reaches into the hidden heart of American power, and leaves him powerless and alone before the real enemy. Stella Orozco has traded her freedom and her humanity for something more. When her transformation is complete, she will become a goddess-and lose her mind.

As the Mission heats up its genocidal campaign against Radiant Dawn, the armies of the mysterious Dr. Keogh labor to open a sealed pre-human tomb in the Iraqi wasteland. This forgotten place will decide the outcome of the last war of natural selection, for what lies beyond the crumbling wall is no less than the unspeakable truth about the origin of life on earth-and what's coming next.
Read more
Other Formats: Paperback 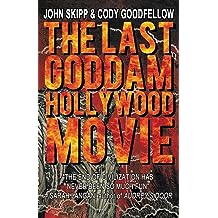 A massive nuclear attack has destroyed the major cities. Untold millions are dead. The survivors are starving savages.

But where others see only tragedy, one man sees opportunity.

Enter Julian Harvey: an A-list producer with a hot project, a private army and a vision for America that will give her back her soul. It's the last Hollywood film crew, making the last Hollywood movie, in the radioactive crater formerly known as Los Angeles.

Spreading hope the only way they know how...through total bullshit.

And like it or not, you're along for the ride.

"Fasten your blast goggles for the mutant offspring of Dr. Strangelove and The Player." - Richard Stanley, writer/director of Hardware

"Humor, heart, and wit so sharp you don't even know you're bleeding until after you've finished. I could not and did not put it down." - Sarah Langan, author of Aubrey's Door 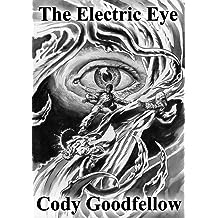 The Electric Eye Jan 6, 2014
by Cody Goodfellow
( 2 )
$1.99
SAN FRANCISCO, 1927––In a ramshackle garret workshop on the wrong side of town, a self-educated young inventor toils late into the rainy night on a mysterious invention he hopes will one day change the world. But what Philo Farnsworth and his enigmatic protector see on the world's first television receiver will instead propel them into the shadows of a nightmarish underworld of blind assassins and alien brainwashers... for, as they will soon learn, television was already changing the world long before humans "invented" it.
Read more 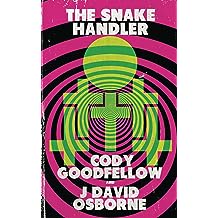 All his life, Reverend Clyde Hilburn has fought to protect his downtrodden flock in the tiny town of Palestine, West Virginia from the evils of the modern world. To that end, he has held a monopoly on not only their souls, but also their thriving drug addiction.

But times have changed, and forces larger than him have moved in to take control of both the church and the flow of narcotics.

When he suffers a lethal bite from a rattlesnake someone placed in his mailbox, a dying, venom-addicted Clyde has only hours to undo a lifetime of sin, avenge his own murder and save his godforsaken town from the human monsters he’s unleashed. 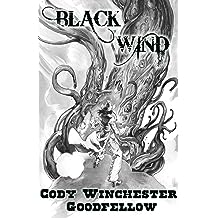 The West has finally been tamed, but when a rancher's child goes missing, white vigilantes ride out to exact bloody justice from the neighboring Apache reservation. Only an aging half-breed bounty hunter knows where the boy has gone, and he must race to deliver him from a primordial evil that reaches from the center of the earth to rake the stars from the sky.
Read more