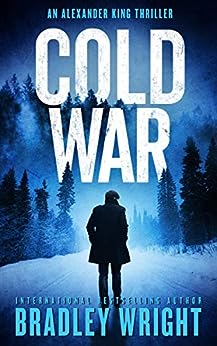 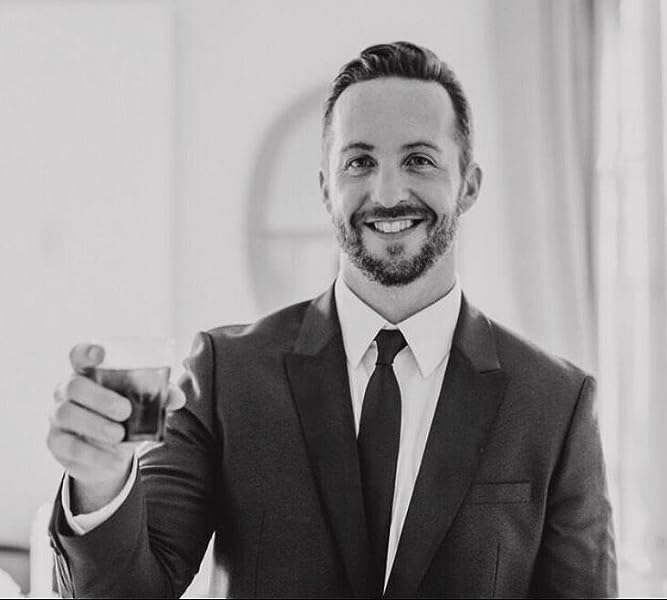 by Bradley Wright (Author) Format: Kindle Edition
Book 2 of 6: Alexander King
See all formats and editions
Sorry, there was a problem loading this page. Try again.

There's only one way to stop bioterrorism. Catch it before it spreads.


Just one week after an entire town in Alaska mysteriously fell ill, all two hundred souls were dead.


Six months earlier, a famous Russian virologist entered Seattle for a World Health Conference, but then he disappeared.


Coincidence? The President of the United States doesn't think so, that's why he's sending in elite counterterrorism operative, Alexander King.


King might not know anything about bioweapons, but he's an expert at stopping bad people from doing bad things. And if he doesn't get his man this time, millions of lives could be lost.


★★★★★ "Loved ALL the books. Bradley is one of my favorite writers. When you start the book, it is impossible to put down."


★★★★★ "As soon as you start this book, and every other book by Bradley Wright, you are immediately engulfed in nonstop action and suspense!"


★★★★★ "King sits alongside Rapp, Reacher, and Harvath as my favorite action-thriller heroes."

Next 4 for you in this series See full series
Total Price: $23.96
Books In This Series (6 Books)
Complete Series
Alexander King
Kindle Edition
Page 1 of 1Start OverPage 1 of 1
Previous page
Next page

Bradley Wright is the bestselling author of the Alexander King, Lawson Raines, and Saint Nick thrillers.

He and his family live in Lexington, Kentucky. He has always been a movie lover, and this certainly shines through in the way he writes his novels. You won't get lost in over-description, time will never be wasted on characters that have nothing to do with the story, and every single chapter has meaning.

Bradley has only ever had one goal with his work, and that is to entertain. And he hopes your escape into his pages have at the very least done that.

For more information go to bradleywrightauthor.com or join him on Facebook: @bradleythomaswright

Mike NemethTop Contributor: Photography
5.0 out of 5 stars The title is meant to be literal
Reviewed in the United States on March 9, 2021
Verified Purchase
Alexander King died. Make that faked his death. But a dreaded virus that has already killed about all the residents in a remote Alaska village and is suspected of being manufactured to wreak havoc on the United States pulls him back into the shady world of espionage and undercover operatives. The president, who owes King his life, wants his top guy on the case without making too much fuss throughout the media. As we who have lived through one pandemic already know, a virus can dominate headlines. In "Cold War," author Bradley Wright takes the fight to the 49th state's north shore, trading exotic mostly warmer locations for one of the chilliest spots on the earth. Utqiavik, formerly known as Point Barrow, isn't known for its beaches. Temperatures plunge at the top of the world. Wright does his best to explain what hunting down bad guys in snow and ice is all about but slips up on various details. Not that I've been there. But I've been close. Winter can be difficult. In nearby Prudhoe, crews don't even turn off their vehicles to prevent them from freezing up. Solid. But that detail stands as little importance. King infiltrates a mine near the community, posing as a security guard. He uncovers information that leads him to think something rotten is going on. But he also doesn't endear himself to the local population. Wright is a master at his genre. He doesn't fiddle too deeply in what motivates his characters. He gives them moral clarity and a sense of right and wrong. They do what they have to. And they don't appreciate losing. I enjoyed imagining the scenes and situations situated in the state in which I grew up, picturing the immediate blast of cold air that follows a broken window where temperatures easily dip and stay below zero.
Read more
3 people found this helpful
Helpful
Report abuse

SteVen Hendricks
3.0 out of 5 stars ...well written imagery of the scenes, situations and well put-together plotlines.
Reviewed in the United States on February 14, 2022
Verified Purchase
Book Review - In "Cold War," author Bradley Wright takes his CIA operative Alexander King to one of the chilliest spots on earth, Point Barrow, Alaska. The entire town of two hundred people have been infected with a deadly virus and are now dead – Bioterrorism?! Under the direction of POTUS, “Xander” King is sent to Barrow, Alaska to investigate a facility there that’s supposed to be a ‘dismembering’ facility. After additional investigation, King discovers that the facility is a Russian coverup for manufacturing the deadly virus that has wiped out the American town’s population. Extremely fast paced action thriller that impressed me. Wright is a master at telling quick and sharp stories that keeps the reader engaged and connected. He doesn't play too deeply into what motivates his characters. He gives them moral clarity and a sense of right and wrong and then tells exuberant and vigorous narratives. King and the other characters do what they must do, and Wright tells this story with well written imagery of the scenes and situations and well put-together plotlines. This was a good tale, and Alexander King is a terrific character. An enjoyable series so far…
Read more
One person found this helpful
Helpful
Report abuse

dennis barron
5.0 out of 5 stars Cold War. Bradley Wright
Reviewed in the United States on August 21, 2020
Verified Purchase
An entire town in Alaska has been infected with a deadly virus. All two hundred of the town's inhabitants are now dead. Bioterrorism. Alexander king, CIA operative under the direction of POTUS is sent to Barrow Alaska to investigate a facility there. It's suppose to be a mining facility. After further investigation there are too many coincidences. Something is wrong and then King discoveries a Russian virolgist working there. The facility is a cover for The manufacture of this deadly virus. And the motive is as old as time. Money. Extremely fast paced action thriller!! Enjoyed immensely!
Read more
4 people found this helpful
Helpful
Report abuse

I cannot get enough of Xander King, Sam, and now Cali. What a great character addition Cali brings to the team. Please keep her around for a long time, I think she is a "player" in the world of action. Also the Josiah character, if you can "pry" him await from the Cold tundra, every now and then, he would make a great aid to X and Sam in their future exploits. Standing by for the next chapter, what a great, timely read Cold War is.

Fripster
5.0 out of 5 stars Every thing you would want in an espionage thriller
Reviewed in the United States on September 10, 2020
Verified Purchase
There is no let up in this tension and pulsating thriller from the first chapter to the very end. Two very likable characters in Sam and X who have a brother and sister type relationship. Sam is who is just as lethal as X is a CIA agent and X is a covert operative who accepts assignments that the CIA and the President do not trust to give to anyone else. Twists and turns thru out that you do not see coming that is a constant thread in Wrights other books in this series. Nothing appears as it seems. Also no one is better with snappy and witty dialogue between the main characters than Wright.
Read more
2 people found this helpful
Helpful
Report abuse

grammyshere
5.0 out of 5 stars Adrenalin spiked thriller!!
Reviewed in the United States on August 21, 2020
Verified Purchase
A twist of a story which keeps the reader flying through the pages. X is at his best as he unravels the deadly viral outbreak in the remote frozen small towns in Alaska while Sam, unknowingly is involved in another piece of the puzzle in Russia. A very pertinent book in today’s world, an action packed, adrenalin spiked summer read. Well done, Bradley Wright.
Read more
3 people found this helpful
Helpful
Report abuse

R.H. McCort
5.0 out of 5 stars Pertinent book in today’s world
Reviewed in the United States on September 1, 2020
Verified Purchase
In the second set of stories about Alexander King we find that the President has asked him to go to Barrows, Alaska and investigate why over two hundred people have died. Could it be bioterrorism? King finds that a Russian virologist is working in the mining facility and developing a deadly virus. This book is very fast paced and highly advises the reader not to start in the evening like I did. It’s very hard to put the book down once you start. The story of Xander in Alaska and Sam in Russia blend together very well.
Can’t help but wonder if we might see more of Cali and Sheriff Josiah in future books. Can't wait for book 3 and more adventure
Read more
One person found this helpful
Helpful
Report abuse

Michael Peterson
5.0 out of 5 stars Cold War Is Fast action thriller with the X in control as usual
Reviewed in the United States on August 22, 2020
Verified Purchase
Brandley Wright give us another great story with his star Xander as our hero. Non-Stop action from Xander to Sam in Russia and the White House. I couldn't put the book down until I was finished and you will do the same when you start reading. Brandley should have been working for the CIA, his story telling is awesome

PH4844
5.0 out of 5 stars Excellent
Reviewed in the United Kingdom on November 11, 2020
Verified Purchase
Another great action story in the Alexander King saga. Lots of fast action and twists and turns.
Read more
Report abuse

wiggy
4.0 out of 5 stars a gripping read
Reviewed in the United Kingdom on March 3, 2022
Verified Purchase
I’ve really taken to Alexander king. Looking forward to the next one in the series. Hopefully king won’t be so cold
Read more
Report abuse
See all reviews