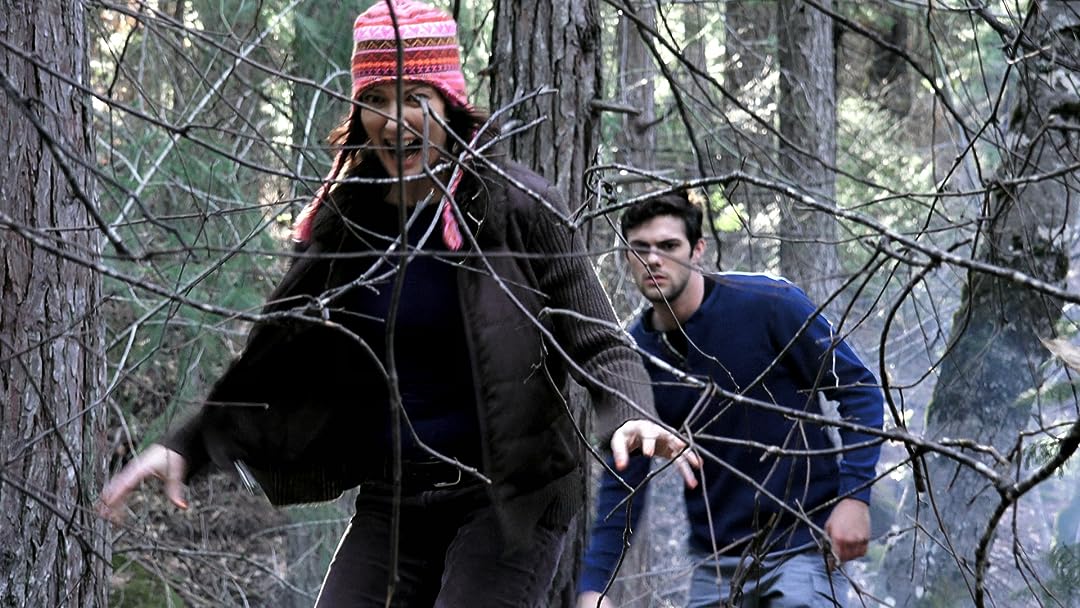 (51)
3.51 h 20 min201613+
There is a beast in the fog that destroys everything it pulls in. At an old cabin in the woods four strangers must figure out what it is about this building that keeps the end of the world at bay before the beast in the fog finishes them off or they end up killing each other first. Can they push the destruction back, or will they end up being the last four humans on Earth?

JonathanReviewed in the United States on February 16, 2021
1.0 out of 5 stars
A whole lot of nothing
Verified purchase
Nothing is resolved in this movie on any level. Mystery, plot, character arcs, McGuffins, character beats. Nothing, none of it goes anywhere. Nobody really accomplishes anything. There's a kinda crazy twist at one point which you'd expect to send the movie off in a different direction. But no. It doesn't matter.

I'm a sucker for abstract and cosmic horror and have a high tolerance for the rough edges of micro-budget film making. But I could barely sit through this and regret doing so.

The production quality is low, the acting is weak and the dialog is either bizarre or the director didn't believe in second takes when actors flub their lines.

Dave MasonReviewed in the United States on April 22, 2020
4.0 out of 5 stars
Interesting Low Budget "End of the World" Sci-fi Drama
Verified purchase
Overall it is a really interesting take on the end of the world. I wouldn't classify it as horror so much as a sci-fi drama with physiological tension. Well worth watching if you have Amazon Prime and it's free. Not sure I would pay extra money to rent it though.

Low budget and not much cast or special effects budget. Really more about what four strangers (and a baby) do when thrown together at the end of the world. For the most part it is really well done. Sound mixing, music, camera work, and acting (for the most part) is really good for a low budget movie. Pretty well written, though no full explanations are ever given on what is happening. Then again, how would these four people in a desolate cabin have anything more than theories about what is happening? So in that respect the script, though not fully satisfying, stays true to itself.

The one major low point of the movie is something many other comments mention, one actor and her character Heather is really not very believable. Not sure how much of it is an issue with how the character was written or how much is the actress' portrayal of Heather. She was clearly written to be antagonistic to the rest of the group, but it just didn't play out quite believably. Heather isn't a good person. We get it already! Does she really need to be argumentative and antagonistic the whole time? Even the worst people know how to play nice some of the time when it serves them. It would have been more believable if she pretended to be nice at least some of the time, then revealed herself to be truly horrible.

There are a few other things minor things that detract a bit from the movie. The beginning credits run a bit too long and the camera occasionally (for a second or two) is not focused quite correctly on the actor(s).

FYI: The trailer doesn't do justice to the sound mixing in the movie. I watched the trailer and could barely hear a thing over the music, but read the comments and noticed someone complimenting the movie on how clear and crisp the dialog could be heard. Watched a bit of the movie to check for myself and sure enough, the dialog is easy to hear over the background music and effects. It sucked me in though and what was supposed to be just checking if the movie was watchable ended up with my watching the whole movie.
One person found this helpful

Victoria J. DennisonReviewed in the United States on September 14, 2016
2.0 out of 5 stars
Collapse
Verified purchase
The move is an "end of the world" type film. It is not a true horror moviel it is more of philosophical film than any thing else. The film centers around four people and one baby all seeking refuge from a fog into which people enter, but never return. There are no zombies, no monsters, no sex and not much swearing. It is the "end of the world" sans scripture and scenes of devastation, It's just the end of all life on Earth. Consumed by a fog... I watched this movie free since I am a Prime Member, if I had paid I would have considered it a waste of money and a waste of my time. It did drag on and ended with one concluding truth; the end of the human race. I guess they figured no explanation was necessary. Kinda depressing...
7 people found this helpful

Honestly, this wasn't a bad idea, and I probably would have given it 3 stars, but Heather is just that bad.
2 people found this helpful

Air Force BratReviewed in the United States on April 11, 2020
1.0 out of 5 stars
Nope!
Verified purchase
Boring. Actors were giant HAMS!!! Especially the 2 women. And I was wishing Heather would have been pushed into the fog when she first started screaming. Not worth the time
One person found this helpful

JeffReviewed in the United States on September 15, 2016
3.0 out of 5 stars
OK Movie To Watch While Your Doing Housework
Verified purchase
Though this movie is advertised as a horror flick it is not. It is more of a character study of individuals under pressure from an unknown but very real menace with a horror/sci-fi subtext. The premise of the movie is that a fog has started to cover the planet. Anyone caught in the fog is killed. What kills the individual appears to be different for everyone who witnesses the killing. Is the killing caused by aliens? Demons? Is it the apocalypse? No one knows. Four adults and a baby end up in a cabin deep in the woods. For some reason the fog stops about six feet from the walls of the cabin. The inhabitants don't know why. From there they argue and fight amongst themselves until the end of the movie. Pro's: decent production values. The script is OK. Con's: the acting is hamfisted at best. The actress who plays the younger Caucasian women is very poor at playing the annoying bitch. Her acting job actually made me dislike her more than her performance required by the script. The ending of the movie is more sci-fi than horror, and feels rushed and unsatisfying. It's a decent enough flick to watch, though I recommend it for background entertainment while doing something more productive.
5 people found this helpful
See all reviews
Back to top
Get to Know Us
Make Money with Us
Amazon Payment Products
Let Us Help You
EnglishChoose a language for shopping. United StatesChoose a country/region for shopping.
© 1996-2021, Amazon.com, Inc. or its affiliates