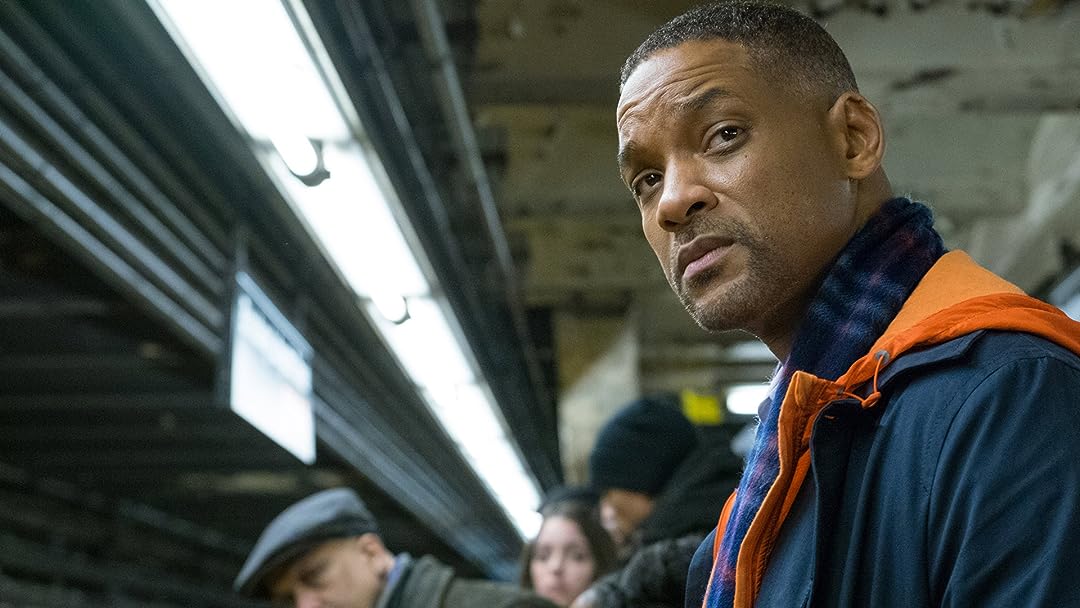 (4,498)
6.81 h 36 min2016X-RayPG-13
A man reaches out to the universe after a tragedy. Receiving unexpected answers, he begins to see how these things interlock and how even loss can reveal moments of meaning and beauty.

Matthew McBroomReviewed in the United States on March 10, 2017
5.0 out of 5 stars
Accurate Portrayal of the Pain and Beauty of Reconnecting to Life
Verified purchase
This movie nailed it. If you want to see the collateral beauty that occurs as grief transitions from the winter of death to spring time of life again after the passing of your dearest one, watch this film. Maybe this feeling impossible to capture with the medium of film, but this movie comes closer than anything else I've seen. The dominos, riding against the traffic, the pain of reconnecting to life are all realistically portrayed by Will Smith's intense facial expressions. I identified with him. It gets to where it seems easier to remain in the numbness rather than to push through the pain of reconnecting to life again, but then one misses the collateral beauty. This film is ultimately about healing and hope. Please listen to the reviews from the members of the club who have confronted this, we who have stood over the grave of a child, consigning to decay the best of our hopes and dreams in this life.

My daughter's name is Rachel. She died of Dravet's Syndrome, a rare genetic disorder also called severe myoclonic epilepsy of infancy, or SMEI for short. She was 13 years old.

MikeReviewed in the United States on March 8, 2017
5.0 out of 5 stars
Absolutely loved every minute of it
Verified purchase
My wife told me she found a great movie for us tonight. She was very excited as we both know great movies are not easy to come by. Then she came back 10 minutes later, after checking reviews on something called rotten tomatoes. She was not excited anymore and said the movie was getting bad reviews and that some were one star. Something didn't sound right, Will Smith movie, 1 star? Maybe a few low ratings from the usual hard to please no matter what person, but was this movie really getting a lot of these one stars? No, it wasn't, further investigation found not only Will Smith, but other great actors, Kate Winslet, Keira Knightley, Edward Norton, Helen Mirren, and the trailer all moved us to purchase the movie and wow!!! I will wait as long as I can before watching it again, but probably won't be that long. I usually write one or a few word reviews even for the movies I really like and I know I cannot do this one justice because I am not a writer. So just a few more words actually about the movie now. Great acting, amazing story, transformation, a few twists I didn't see coming. I LOVED IT!!!!!
182 people found this helpful

WyldmumReviewed in the United States on May 28, 2018
5.0 out of 5 stars
An unforgettable film
Verified purchase
I write this as I struggle to breathe through one nostril and blow snot bubbles from the other. Unlike the other reviewers I would not care to watch this over and over again but rather experience it with family or friends as they view it for the first time. The actors played their roles so well that for the most part I forgot about who they were because I believed they were real. It really is a beautiful film and I hope that it not only helps someone live on without their loved ones, but that it reminds those of us that haven't experienced the hardest times of our lives yet to pay attention to the small things now.
25 people found this helpful

Howard HopkinsReviewed in the United States on March 19, 2017
5.0 out of 5 stars
Just watch it!
Verified purchase
We watched it without knowing anything about the movie. It was one of the best movies I've seen in the last 30 years.
51 people found this helpful

JFVReviewed in the United States on June 1, 2019
5.0 out of 5 stars
An important film for all of us
Verified purchase
Some entertainment does more than entertain. It transcends time, highlights the human condition, educates our better selves, and improves us as a group. So little of modern entertainment fills this role. Media that casts light on the darkness and speaks to the pain of the human condition elevates us all. Perhaps it's not Shakespeare, but everyone I have ever met would be better off should they watch this film. Since Collateral Beauty flew so low under the radar, most have never heard of this film (no vampires or transformers, no Marvel charters, just a truly great adventure into a broken heart). As a doctor I want to give everyone my this prescription: take a couple hours out of your busy life and away from social media and watch this film. If you don't need it now, the day will come when you do.
7 people found this helpful

paulReviewed in the United States on October 8, 2020
4.0 out of 5 stars
Our Trivial Answers Do Not Work
Verified purchase
There are two very good points made in this film about dealing with death. The problem of evil confronts all worldviews, whether they are naturalist or spiritual. Secondly, the things we attempt to comfort ourselves or others with tend to be beside the point at best. The answer given by the writer of the film is presented in a subtle way. In a secondary story in the film, there are three actors dedicated to the struggle to produce a play, but when they receive sufficient funding ($20,000 each) they abandon the project. Great results require great troubles, and thus even from death comes collateral beauty. I think there may be some truth in this, but in no sense does the resulting beauty justify death .This film merely says to look for that beauty and this does help a little. I have been a caregiver for a loved one who died and am now the caregiver for another loved one who is slowly dying, and will probably do the same for yet another loved one soon. Believe me I look for every tiny bit of good and there is some.
One person found this helpful

Christina ReynoldsReviewed in the United States on August 22, 2020
3.0 out of 5 stars
Beautiful Story With Unseen Potential
Verified purchase
To clarify, my rating is more of a 3.5 than it is a 3

Collateral Beauty is a 2016 American fantasy drama film directed by David Frankel and written by Allan Loeb. The film stars an ensemble cast of Will Smith, Edward Norton, Keira Knightley, Michael Peña, Naomie Harris, Jacob Latimore, Kate Winslet, and Helen Mirren.
Will Smith stars as Howard, an individual who is grieving the death of his child; part of this process entails sending three letters to the abstract concepts of Love, Time, and Death.

I will start by saying that the plot of this movie had a certain amount of depth and originality that sets it apart from others. It's hard to believe that this movie isn't based off of a book, because the gravity of the story is hard to avoid. Grief is a difficult topic to tackle when formulating representations of this process, so I applaud 'Collateral Beauty' for its creativity and relatability. Those attributes alone make this worth watching at least once.

Unfortunately, the choppy nature regarding the main characters' relationship with one another is equally hard to ignore. More importantly, the nature in which Howard's co-workers claim to care for him as a "friend" feels considerably one-noted. Despite all of the fluff included meant to inspire feelings related to love, the motivation the characters have for keeping their jobs (and, trust me, I understand what some people will do to maintain their livelihoods) takes more of a center stage than I would guess the director means for it to. In the end, I can understand why the characters resort to the measures they do to help Howard process his grief - but this film would have benefited from making their interactions with Howard less guarded as the film progressed.

I avoid spoilers when I make these reviews, but the only other thing I will say is that the conclusions (for all of these separate characters) in some ways feel forced. I got the impression over time that the stories and challenges these characters were all going through would somehow intertwine and feel truly related to one another, but it never happened. More than that, though, the "grand reveal" about Howard's relationship with Madeline seems ultimately vapid by the time the movie is over.

I enjoyed this film for what it was, because it was a beautiful film about the influence that time, love, and death has on all of us; I would recommend, even if not strongly.

dknouseReviewed in the United States on May 6, 2017
4.0 out of 5 stars
Collateral Beauty is very good and fun to watch with the whole family
Verified purchase
I love this movie and plan to buy it. This movie is one that I will watch over and over. The cast is great, Will Smith delivers a very emotional performance and though the movie left me scratching my head at the end I think it left me wondering and thinking which I think is what sold it to me on the story line. The death of a child is the ultimate thing of sorrow, loneliness, and grief. A dark cloud, but with a silver lining that is difficult to find or see. A part of life no parent should have to or want to face. In death there is life, love that never dies because those we love never leave us if we remember them within our heart.
12 people found this helpful
See all reviews
Back to top
Get to Know Us
Make Money with Us
Amazon Payment Products
Let Us Help You
EnglishChoose a language for shopping. United StatesChoose a country/region for shopping.
© 1996-2022, Amazon.com, Inc. or its affiliates