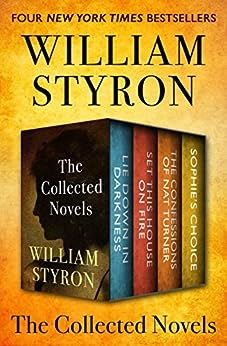 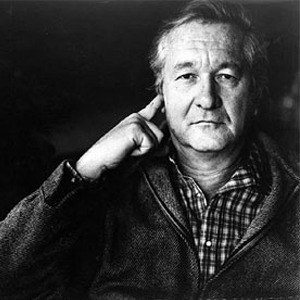 The Collected Novels: Lie Down in Darkness, Set This House on Fire, The Confessions of Nat Turner, and Sophie's Choice Kindle Edition

by William Styron (Author) Format: Kindle Edition
See all formats and editions
Sorry, there was a problem loading this page. Try again.
Four novels—including a Pulitzer Prize winner and a National Book Award winner—by the #1 New York Times–bestselling master.
Lie Down in Darkness is William Styron’s stunning debut: a classic portrait of one Southern family’s tragic spiral into destruction. Set This House on Fire is a story of evil and redemption involving three American men whose paths converge on a film shoot in Italy at the close of the 1940s, hailed as “one of the finest novels of our time” by the San Francisco Chronicle.Gripping and unforgettable, The Confessions of Nat Turner is the Pulitzer-winning portrait of the leader of America’s bloodiest slave revolt. And Sophie’s Choice is the National Book Award–winning novel of love, survival, and regret, set in Brooklyn in the wake of the Second World War.
Taken together, these four novels—exploring themes of good and evil, sin and atonement, and the ineradicable bonds of place and family—represent Styron at the pinnacle of his literary brilliance.
Read more
Previous page
Next page
Due to its large file size, this book may take longer to download

"Praise for Lie Down in Darkness
“Brilliant . . . A triumph of characterization.” —The New York Times

“Richly and poetically written.” —The Atlantic

Praise for Set This House on Fire
“One of the finest novels of our times.” —The San Francisco Chronicle

Praise for The Confessions of Nat Turner
“Magnificent . . . A triumph.” —The New York Times

“A monumental work of fiction.” —The Christian Science Monitor
"

William Styron (1925–2006), born in Newport News, Virginia, was one of the greatest American writers of his generation. Styron published his first book, Lie Down in Darkness, at age twenty-six and went on to write such influential works as the international bestseller Sophie’s Choice.

William Styron (1925-2006) , a native of the Virginia Tidewater, was a graduate of Duke University and a veteran of the U.S. Marine Corps. His books include Lie Down in Darkness, The Long March, Set This House on Fire, The Confessions of Nat Turner, Sophie's Choice, This Quiet Dust, Darkness Visible, and A Tidewater Morning. He was awarded the Pulitzer Prize for Fiction, the Howells Medal, the American Book Award, the Legion d'Honneur, and the Witness to Justice Award from the Auschwitz Jewish Center Foundation. With his wife, the poet and activist Rose Styron, he lived for most of his adult life in Roxbury, Connecticut, and in Vineyard Haven, Massachusetts, where he is buried.

LostintheColony
5.0 out of 5 stars Deep & memorably classic
Reviewed in the United States on September 16, 2016
Verified Purchase
If you enjoy an author that you don't need to second guess or find fault with as you read, you will enjoy the skillful and erudite writing of Styron. His characters are varied and real, the stories believable and captivating. The only criticism I have for this collection is that I became bored with some of the long & agonizing passages of Cass' drunken binges in " Set This House On Fire". The books are each fascinating and very memorable reading. Styron's characters will stay with you and inform your understanding for decades to come. Deep, insightful, enlightening and entertaining too. You'll find nothing shallow and trendy here but rather you will be gratified by the timeless quality of classic story-telling. Thank you William Styron. I miss you.
Read more
22 people found this helpful
Helpful
Report abuse

Mr. B
5.0 out of 5 stars Can't go wrong on this deal
Reviewed in the United States on August 16, 2016
Verified Purchase
I have read only The Confessions of Nat Turner and Sophie's Choice, both of which are excellent. Looking forward to Lie Down in Darkness and Set This House on Fire. Nat Turner is post-American Revolution, pre-Civil War era treatment of the Nat Turner Rebellion, recounted by the slave-prisoner Nat Turner before his execution. Sophie's Choice is WWII holocaust material, the story of a woman who gave herself as a sex slave to a camp commandant to protect her two children, but then is allowed to keep only one of them.
Read more
10 people found this helpful
Helpful
Report abuse

Unrepentant Pedant & Liberal
4.0 out of 5 stars Worth the Effort
Reviewed in the United States on July 18, 2016
Verified Purchase
Styron can be excessively wordy-no doubt afflicted early with the Faulkner Syndrome-but in the end his prose does flow sweetly and with a powerful impact.
Read more
8 people found this helpful
Helpful
Report abuse

Kathy Chinoy
5.0 out of 5 stars Classic writing
Reviewed in the United States on February 11, 2019
Verified Purchase
This printing of Styron’s four classic novels is well done and a great way to have them all in one place. His prose is poetic, and I have greatly enjoyed reading his work 30 years after reading them them the first time.
Read more
Helpful
Report abuse

Kindle Customer
5.0 out of 5 stars Harsh reality
Reviewed in the United States on January 9, 2014
Verified Purchase
Read this author if you enjoy lengthy descriptions and character development (Lay Down in Darkness). Stark and often harsh reality fill the pages. What a mind that draws one deeply into another's soul. I am still reading this book with fascination.
Read more
23 people found this helpful
Helpful
Report abuse
See all reviews

shoestopper
5.0 out of 5 stars Religion and Booze
Reviewed in the United Kingdom on August 14, 2017
Verified Purchase
I have just read Lie Down in Darkness. Absolutely engaging with believable characters set in a backdrop of white owners and willing and supportive black servants. The inner thoughts especially of the girl's mother are anguished by emotions which are partly left to the reader to unfurl. How mad is she? And why? The other players in this drama with its gradual diminishment to a sense of total loss can be more simply understood, why they did what they did and the ultimate outcome. A background of religion, embraced particularly by the naïve natives, can be felt in their genuine devotion as they are well described in an affectionate way by the writer. A reckless over consumption of wine and whiskey by the rich white families gives a parallel sense of decadence throughout the novel as the young girl falls further into a state of alcoholism which controls her out of control life. For me this was a unique reading experience and I look forward to reading the rest of the novels in this collection.
Read more
Report abuse

Jack
2.0 out of 5 stars Not my Cup of Tea
Reviewed in the United Kingdom on January 1, 2019
Verified Purchase
I have given 2 Stars as others will have a different opinion to me, and I don't want to put anybody off. I thought it might be an interesting read, but I didn't get to find out as I began, then thought this is a right stinker from the word Go. I persevered in the way one does, ever hopeful and all that, but I decided it wasn't for me. I just didn't like the style, or what I thought was to be the kind of plot/people/story that would emerge. I do love reading and have read hundreds of Books, this was the 5th or 6th that I have given up on.
Read more
One person found this helpful
Report abuse

dawnlabarre
4.0 out of 5 stars Good to Remember
Reviewed in the United Kingdom on December 19, 2018
Verified Purchase
William Styron writes for his age. I am struck by how much we've moved on particularly in our portrayals of women... or have we? He's a very good writer but I found myself impatient with the attitudes. Nevertheless, he's a writer worth spending time with.
Read more
Report abuse

Hugacow
5.0 out of 5 stars Emotional
Reviewed in the United Kingdom on May 23, 2017
Verified Purchase
I haven't read a book in a long time that has emotionally exhausted me as much as this book. It is an amazing story told by a superlative writer. There's incredible depth to the characters, the back story of the war and the suffering of Sophie.
Read more
Report abuse
See all reviews