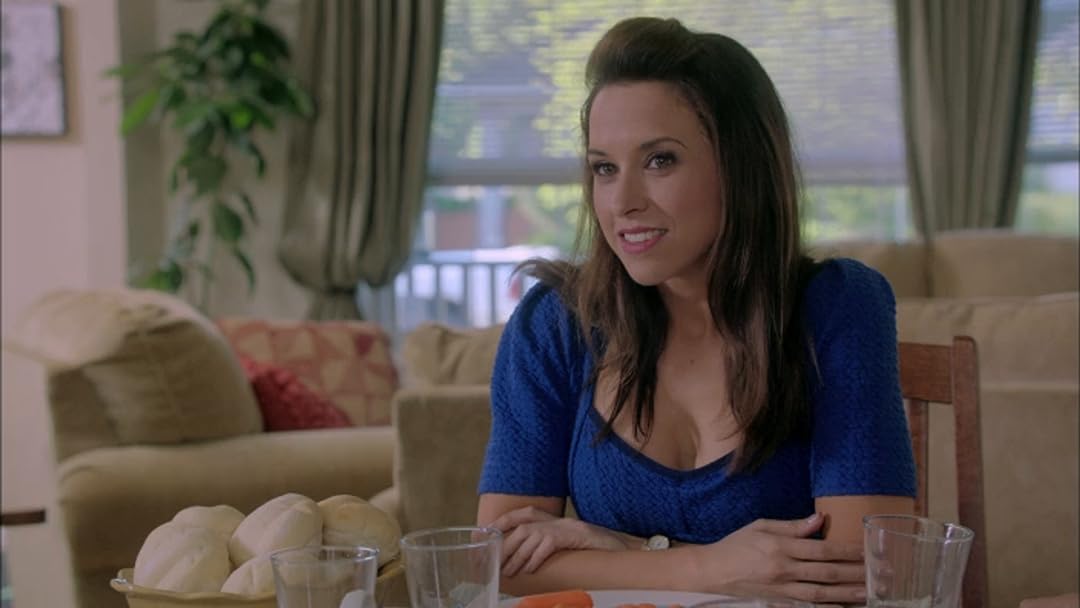 The Color of Rain

(594)
6.91 h 26 min2014NR
When Gina loses her husband on Christmas Day, she soon finds a kindred spirit in another parent at her kids' school, Michael, who loses his wife at the same time. Stars Lacey Chabert and Warren Christie.

Lanna S. SeuretReviewed in the United States on January 2, 2018
4.0 out of 5 stars
BETTER THAN EXPECTED
Verified purchase
Lacy Chabert plays a mom with two young boys whose husband has died recently after a long illness; Warren Christie plays a husband who suddenly lost his wife and mother of their three children: an older girl ( 12?), and two boys, all of whom from both families go the same private religious school. This point is very important because the church pastor and members create a nexus of support and sometimes dictative opinion toward the couple.

Though she is still grieving herself, she observes that the daddy is having an even tougher time of it, overwhelmed by
laundry, shopping, and cleaning, all tasks done by his former wife. She reaches out just by a little supportive conversation from time to time.

Later, one of them suggests a cooperative dinner together, and, even with 5 children, it goes very well. Gradually, and in my opinion, very respectfully to themselves, the grieving process,and to their children, they do more, and have more fun, and seem to really all like each other.

You can guess how this ends happily, but I liked how it seemed to progress with everyone's needs and cares in mind, that is, slowly, without rushing. By the time the end came, you have a lot of trust that everyone is on board.

There were only two scenes that were seared into my memory, one with great sympathy and empathy, and the other
with anger and great irritation. The first was when Daddy was really having difficulty coping, and things were going
badly at breakfast. The oldest son (younger than sis), was standing barefoot in his pajamas on the cold kitchen floor,
so upset and angry, that he just said loudly, and over and over "I WANT MY MOM BACK! I WANT MY MOM BACK!"
He wasn't throwing anything or being aggressive, but you could see he was just really emotionally overwhelmed,
the situation around him was loud and chaotic, and he KNEW what he needed!!! I cried at that point because I, too have lost someone unexpectedly, and surprised myself at how much anger there was and that the ONLY thing that would mend this mess and make things right again, was if they were HERE! NOW!

The other thing happened about a year later in the story. The couple, including all accompaniments, were doing fine
even on a joint vacation, when a so called friend, calls the mom aside, telling her that certain parishioners were a little alarmed at the "speed" at which their friendship/dateship was progressing, and what if it doesn't work out? wouldn't the kids be upset, blah blah gossip gossip. My reaction did NOT see this as kindness,or compassion, but as
none their business, and merely gossip to fill in the uninvited and dissatisfied curiosity they were generating, a good waste of energy. If I were a Christian and knew Jesus' sayings better, or much more of the Bible, probably an appropriate story or saying could be found, but I have to trust the heart and gut given me.

Therefore, this was not an unrealistic story, but on the contrary, quite as I have seen and experienced going through the grieving process. This film also gives me insight in being around people who have or are experiencing a similar
process, or dating someone similar.

Butterflymom54Reviewed in the United States on January 4, 2020
5.0 out of 5 stars
Lovely movie for family viewing
Verified purchase
This is a lovely movie suitable for the whole family. It is based on a true account of two grieving families who come together to honor two friends that passed away. The spouses were actually friends from years before. I think that is why they bonded quickly. They both have kids the same age. They start spending time together and are surprised how easy and good that is. Please watch this movie. It is very touching. There are sad spots but it is more of an uplifting movie than anything. It is a love story and very encouraging yet exceptional. Anne Wheeler is the director. Nancy Silvers and Gina Kell wrote the screenplay. The movie was produced by Lighthouse pictures, LLC. It is not a Hallmark movie but is shown on the Hallmark channel. Enjoy!! I highly recommend. :)
5 people found this helpful

ChellesReviewed in the United States on March 16, 2019
5.0 out of 5 stars
So good I watched it twice in a row!
Verified purchase
What an amazing show in the sea other shallow love stories out there.

This one has a huge depth and is a story of hope and a future.

I've also lost a spouse but not to death which in some ways is worse because closure is harder to get. This story has helped in my grieving process and I am glad the real life couple who went through this shared their story with us.

The only thing not believable about this show - well Lacey Chabert has a gentle fragility with an underlying layer of strength that makes her so beautiful and Warren Christie is a beautiful gorgeous guy so it is not believable that the entire (of at least part of it) community of single men and women aren't swarming their front porches :)

The chemistry between them is really palpable and when they look at each other, their eyes say so clearly - I see you and I love you - it's not easy to get that kind of obvious chemistry as is obvious in many of the romance movies where the leads give each other pretty vacant looks.
3 people found this helpful

Tom MReviewed in the United States on January 26, 2022
5.0 out of 5 stars
Great Story
Verified purchase
This was a great story and for once, Hallmark actually tried to follow the book pretty closely. Of course some creative license was taken, but the key elements from the book were in the movie, though some situations were changed.

The only negative that I have, but didn't change my rating, was Hallmark's driving desire to create drama between the main characters with the risk of them breaking up, only to bring them back together for the romantic conclusion. Hallmark had to attempt it here, even though there was not such drama in the story as told by Michael and Gina

Random ReviewsReviewed in the United States on November 10, 2014
5.0 out of 5 stars
Wonderful!
Verified purchase
This is such a touching and heartwarming movie. The story is sad and yet it has a beautiful message and ending. You don't have to have experienced a great loss to understand the difficulty of bringing together two families after such a loss. The actors did a wonderful job. I cried, I cheered them on, I cried some more, and I came away feeling peaceful. A lovely family movie anyone will enjoy.
34 people found this helpful

Dr_C_RReviewed in the United States on December 27, 2021
5.0 out of 5 stars
Is There Love After Being Widowed?
Verified purchase
A difficult subject handled well by Hallmark. I am a one-time widow who had 3 young children when my husband suddenly died from a silent heart attack in his sleep at age 41. God blessed me with a wonderful second husband. Navigating grief and finding love again is difficult and I believe it would be even trickier in the real life situation depucted in the movie. So very happy for the families in that they were able to create a blended version of a happy family. Wishing them all the best. Keep your tissues handy while watching the film.
See all reviews
Back to top
Get to Know Us
Make Money with Us
Amazon Payment Products
Let Us Help You
EnglishChoose a language for shopping. United StatesChoose a country/region for shopping.
© 1996-2022, Amazon.com, Inc. or its affiliates