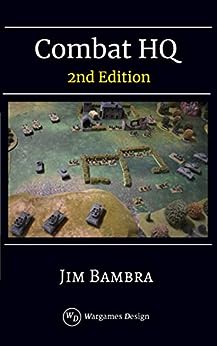 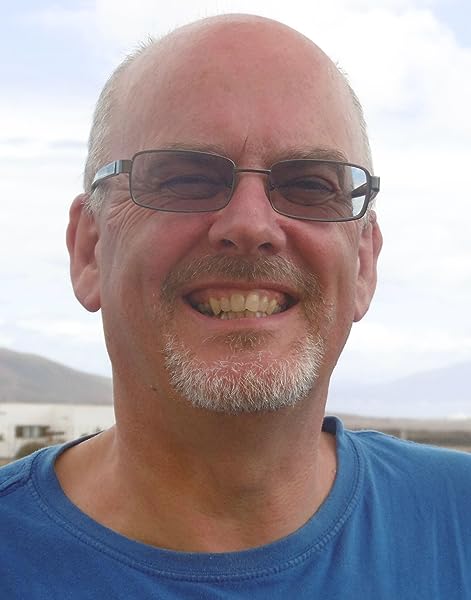 In each Command Pulse you decide how to use your limited command resources: will you use your Command Dice to move up a company of infantry supported by tanks? Or will you use them to rally an anti-tank gun battery? Or maybe you should use them to liaise with your staff officers? The choice is yours.

Combat HQ is his latest set of rules. It grew out of Jim's desire to play a fast moving World War Two miniatures game that not only required him to make decisions as an army commander, but also contained sufficient detail to capture the intricacies and complexities of World War Two combat in an entertaining manner.

Jim lives in Fuerteventura where he plays a wide range of games from miniature wargames to video games. In his spare time he likes to read, teach Aikido and go walking with his four dogs.

Jeffrey R Sundberg
5.0 out of 5 stars Great innovation; tremendous value for a quite modest price
Reviewed in the United States on October 4, 2020
The designer of Combat HQ, Jim Bambra - something of the maestro of the dice - is to be complimented on the tremendously rich, interesting, and historically plausible set of tactical command choices that he's managed to squeeze out of the rolling of a modest number of D6's in his game. The player will need to judiciously allocate between expending energy on present tabletop activities or to convert some of into a reserve – ‘Staff Orders’ - that can be used to enhance opportunity or maintain momentum and continuity in the teeth of momentary adversity. The game is punctuated by moments of potential for large gains - an opponent's 'Command Failure' - if the player has positioned himself well and provided for the future.

Add to this the game’s realistic assessment of the durability of the battleworthiness of the various infantry and armored units that might constitute the player’s battlegroup – provisions are set forth for late war Commonwealth, American, and German battalion-sized forces, represented on the tabletop at the granularity of the platoon level – and the Combat HQ rules provide excellent value, especially given the quite modest asking price.
Read more
Helpful
Report abuse

Larry Clowers
5.0 out of 5 stars Combat HQ: A Unique Rule Set with Fresh Ideas for Wargaming
Reviewed in the United States on September 30, 2020
Combat HQ and its companion Total Combat rules for WWII wargaming are outstanding! This is a huge advance in wargaming with considerable thought on the mechanisms of just about everything one could want in a wargame. All this using 6 sided dice. The rules are clear and easily read, great examples provided, and explores many avenues to produce a game with untold options. Did I mention it has many, many pictures?

Perhaps the best section I found is an extensive unit building examples coupled with scenarios. Here you will find scenarios which presents almost a step by step way to start gaming Combat HQ with ease.

A future companion to Combat HQ is Total War. This companion rule set builds on the basic rules with a wide selection of optional rules to spice up the game that should suit many if not most wargamers.

Amazon offers you a chance to review a portion of this rule set to give you an idea of what the rules are about as well as the flavor of Combat HQ gameplay. Not just a quick one page, but...well read for yourself and see what Combat HQ has to offer.
Read more
Helpful
Report abuse
See all reviews

Martinus
5.0 out of 5 stars An Excellent Set Of WWII Rules
Reviewed in the United Kingdom on August 23, 2020
Verified Purchase
I have been a wargames rule writer and wargamer for many years and I have over that time the found that the keys to a good set of wargames rules for me are that they should be entertaining, historically accurate, playable, inherently simple and, perhaps most importantly, logically laid out and readable. All to often in the past I have found a great set of rules that is either so poorly laid out or so difficult to read and clearly understand the writer's meaning that they have been virtually unplayable. These World War Two Wargames Rules (2nd. Edition) very definitely contain all that I find good in a set of wargames rules.

As noted above, this is the second edition of a set of World War II wargames rules that was first published a few years back and has become popular ever since because of their playability and flexibility. Though the content and general themes of the original set are still present they have been expanded and added to and resultant set is a very much an improvement over the original.

These are possibly the best laid out set of wargames rules that I have read in many a year. Each point is logically and readably introduced and the specific rules applying to it are clearly written and explained, often with the use of colour photographs), before moving onto the next point. I felt as a read the rules that this was more like a "how to write wargames rules" tutorial.

These rules are fast paced and suitable for experienced gamers and those new to the hobby. New terminology is well explained and all definitions are clear and appropriate.
They can accommodate most current popular wargaming scales are suitable for figures from 2mm to 28mm. As well as the rules include army lists and information on Commonwealth, German, and USA forces. The Soviet Russians will be the subject of a forthcoming Late War Soviet book,

Command and control are key factors in the game and, because the rules governing these follow the layout style mentioned above, are easy to follow. Combat uses opposing dice throws and is quickly resolved whilst the Artillery rules reflect its importance in World War II. Rules for buildings and terrain are also included as are a set of scenarios that both help a player become familiar with game and are playable as games in themselves.

These are a set of Army level rules that are well laid out and both readable and visually pleasing as well as being well illustrated with photos. Written by an experienced wargamer and sold at an excellent price.

All in all an excellent revised edition to an established set of wargames rules that I would highly recommend.
Read more
3 people found this helpful
Report abuse

Alasdair Macgregor
5.0 out of 5 stars Great rules
Reviewed in the United Kingdom on August 3, 2020
Verified Purchase
I prefer skirmish rules, but if I was looking for a larger scale rules these would be excellent, great balance
Read more
Report abuse
See all reviews