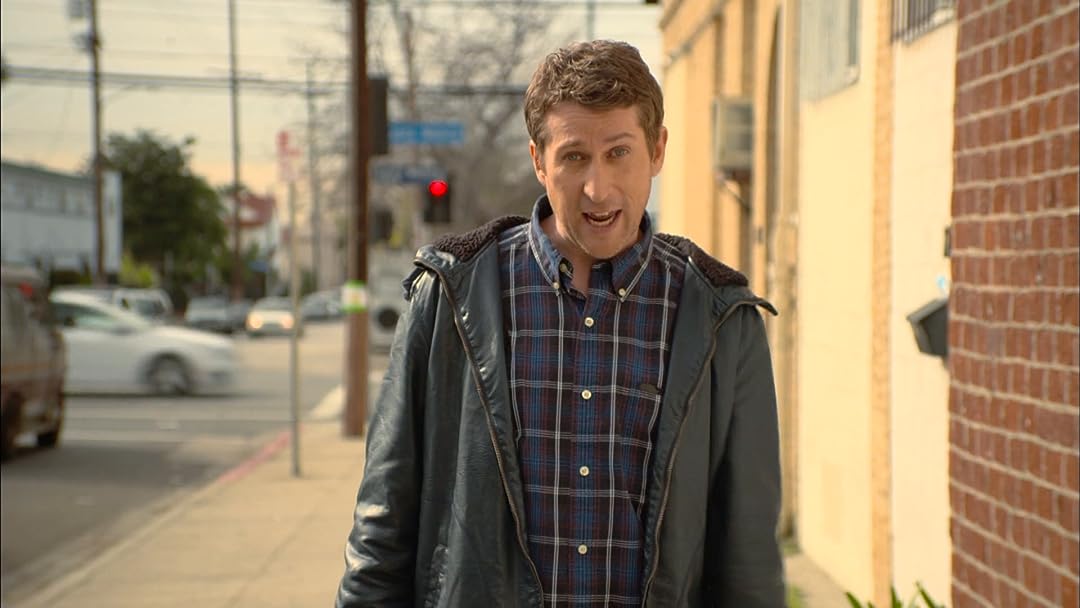 (152)7.62012TV-14
Scott Aukerman brings his popular podcast Comedy Bang! Bang! to television. Scott writes and stars in the series along with Reggie Watts, who serves as the show's one man musical mastermind.

MikeReviewed in the United States on August 28, 2012
5.0 out of 5 stars
If you're into nuance, five stars. If not, skip this one.
Verified purchase
I bought this episode after watching it on cable because of Paul F. Tomplins' appearance as "Andrew Llyod Webber." It's one of the funniest things I've ever seen, and I can't fully explain why, because I'm willing to bet that 90% of the joke is in Tompkins' own head. He plays "Webber" like a clueless, arrogant, self-important boob (at one point series host Scott Aukerman addresses him as "Sir Andrew Lloyd Webber," to which Tompkins bellows in reply "LORD!," and Aukerman sheepishly stands corrected).

The show has a HEAVY improv feel. I have no idea how much of it is actually scripted. I'm guessing they set up a framework and fly by the seat of their pants. But this is funny, funny stuff. If you like your humor obvious and "ha-ha funny," there's a good chance you will HATE this show. Personally, I like nuanced humor in which the whole joke isn't revealed and you feel like you're allowed to sit in and be part of the experience. I won't spoil the whole "Webber" segment for you, but at one point, when it's clear that things aren't going his way, Tompkins gets this look of defeat mixed with a sly grin and stares off camera, moaning "What will become of Andrew Lloyd Webber?" Aukerman replies "What will happen to him, indeed? We'll find out when we come back" and cuts to a break.

It's old-style anarchy humor in the form of Bob and Ray and Firesign Theater. Sometimes it hits, sometimes it misses, and when they include something along the lines of Tompkins' "Webber" appearance, it becomes AMAZING.

The show also has a free audio podcast (as does Tompkins), but you REALLY need the visuals. If anything I've written here sounds appealing, the cost of this episode is minor compared to the laughs...and you may very well get hooked, as I did. Enjoy!

A. StewartReviewed in the United States on April 8, 2014
5.0 out of 5 stars
One of the best podcasts becomes THE best talk show
Verified purchase
If you love the podcast, you will almost definitely love the show. If you have no opinion on the Comedy Bang! Bang! podcast, you should probably listen to a few episodes of it (since it's free) before you decide whether to buy this or not. It's an interview show that features lots of alternative comedians playing weird characters, and also other actors, comics, musicians, etc. playing themselves and being silly. There's also a bit of sketch comedy tucked in between the interviews.

If you're already familiar with this show, well, I imagine you'll buy this disc without bothering to read this review or any other, but if you're on the fence, I'll say the bonus features definitely make the discs worth owning. The in-character commentaries are hilarious, especially the one with El Chubacabra. The alternate interviews feature the non-character guests, and they're just as funny as the versions that made it into the show. Those two things are definitely the highlights, but the rest of the features are also fun/funny. My only complaint is that Scott doesn't say MY WIFE even once, but hey, you can't always get what you want.
4 people found this helpful

IbizabarReviewed in the United States on March 5, 2014
5.0 out of 5 stars
So you wish to know if this is the greatest DVD on earth...
Verified purchase
You must ask yourself three questions:
*Are you easily prone to diabetic seizures after too much chocolate?
*Do you currently DVR Ice Road Trucker repeats?
*Why do ducks have to be such a-holes when you approach them?
The DVD is great, the commentary includes Scott "attempting" to give a behinds the scenes look at the production but keeps getting interrupted by weirdos but to name a few; PILL S SNOPKAHNS "Cake Boss", DANDY McCALY "Danny Mahonny, Don Demillo , MORE METHIS "Bob Ducca" KNOCK SCROLL "El Chupacabra" This is as much for fans of the Podcast as well as the show. Also expect double discs.
One person found this helpful

mattReviewed in the United States on February 9, 2020
4.0 out of 5 stars
Hot Saucerman
Verified purchase
Fun and off beat. Gotta love it. And Reggie Watts.

MaxReviewed in the United States on August 25, 2012
5.0 out of 5 stars
Inspired and Insane
Verified purchase
If you're tired of the "tell a canned anecdote while plugging your latest _______" kind of talk show and you'd rather watch likable people having fun with no other purpose, this is the show for you! Just try not laughing while watching David Cross make CGI'd paella with lime green wood blocks while wearing an identically colored body suit and turning the names "Hall and Oates" into an Italian ingredient. Try it. I dare you!