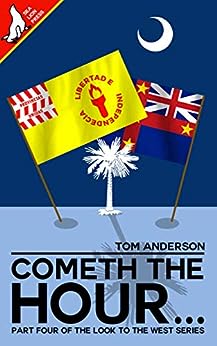 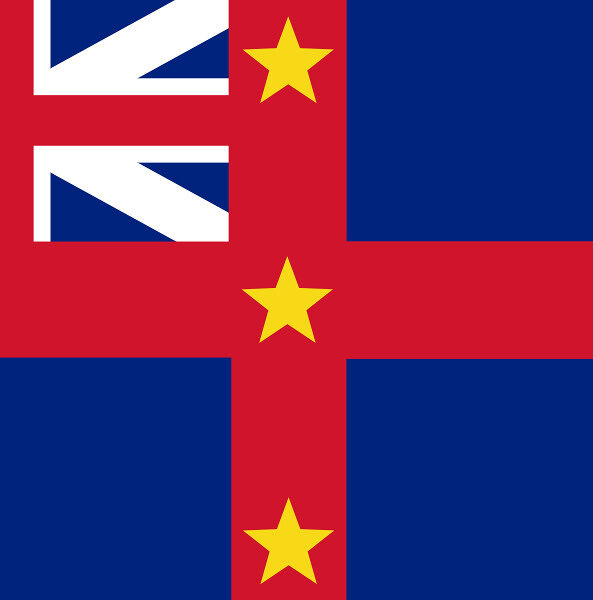 Cometh the Hour... (Look to the West Book 4) Kindle Edition

by Tom Anderson (Author) Format: Kindle Edition
Book 4 of 5: Look to the West
See all formats and editions
Sorry, there was a problem loading this page. Try again.
The world of “Look to the West” reaches the mid-nineteenth century. Many things are different; America never had her Revolution, though these days the Crown rather prefers things in the old colonies over the motherland, wracked by unrest and increasingly run by the working classes. This is the age of the Democratic Experiment across both the Old and New Worlds. Optical semaphore is challenged by the electric telegraph, and inventors work on the first submarines.

But some things are inevitable. America is still politically divided, tensions rising between the slaveholding Confederation of Carolina and the northern provinces. Tensions mount in Europe over the question of German unification. Charismatic leaders lead revolts in India and West Africa. One spark in restive California ignites the Great American War. For America is not the only great power in the New World; the United Provinces of South America is drawn into the vast, bloody conflict that will reshape the world.

And down there in the UPSA, a man named Pablo Sanchez writes of the absurdity of war and the united destiny of humanity, and finds he is making converts…

Look to the West Volume IV: Cometh the Hour… comes complete with over a dozen maps, flags and other graphics to accompany the story, as well as full appendices and an accompanying chronology.

My day job is science, but I have always had an interest in writing fiction and in history, and it’s probably not surprising that those all end up crossing over. Alternate history is a genre devoted to exploring the ‘what ifs’ of history, a recent high-profile example being the Amazon adaptation of Philip K. Dick’s seminal “The Man in the High Castle”. However, much of the interest to me comes in areas rather more obscure and subtle than the now-overdone ‘the Nazis win WW2’ type scenarios, and in exploring how different the world can become from a tiny change, as in the ‘For Want Of A Nail’ poem. My longest AH scenario, “Look to the West”, is about a king tripping on his coronation carpet, which ultimately leads to America staying British, industrialised Maori New Zealand and a steam-driven French Revolution, for instance. Straightforward science fiction and fantasy also remains a major love of mine and an area I am increasingly writing more in. Most of my works have been published by Sea Lion Press (please like their page as well!). In 2018 my co-writer Bruno Lombardi and myself were nominated for the prestigious Sidewise Award for Alternate History for our short story “N’Oublions Jamais”, about a very different First World War, which was published in the Martinus anthology “Altered Europa”.

4.6 out of 5 stars
4.6 out of 5
6 global ratings
How are ratings calculated?
To calculate the overall star rating and percentage breakdown by star, we don’t use a simple average. Instead, our system considers things like how recent a review is and if the reviewer bought the item on Amazon. It also analyzes reviews to verify trustworthiness.
Top reviews

Colin Plamondon
5.0 out of 5 stars A brilliant, lived-in alternate history of the world.
Reviewed in the United States on April 6, 2021
Verified Purchase
This series is the most fleshed out world building of any alternate history I've read - and I've read a lot!

It's sweeping, well researched, and incredibly thoughtful. The author manages an intricate alternate timeline so well you feel like he's transcribing this from another world. The countries and ideologies resonate with ours, but butterfly out in sensible and alien ways.

The big bad of Societism has been built up for thousands of pages, adding tension and building it in your mind just one little piece at a time. Now that Sanchez has entered the book I can't wait to see where he takes it in the next book. Couldn't recommend this series more - it's up there with the very best.
Read more
Helpful
Report abuse
See all reviews

C
5.0 out of 5 stars One Damn Thing After Another
Reviewed in the United Kingdom on March 9, 2020
Verified Purchase
Another hefty tome in the series, this time reaching the mid-19th century - for EVERYWHERE, as the book fills in previously overlooked areas like India, invents comics early, and starts to reveal more of the Societism and Diversetarian worldviews, and what they wrought, that it's been leading up to. We also get a better look at what the 'present day' in this timeline is like.

Admirably, this continues to avoid having a single nation or power bloc rise & rise - there are multiple, 'good' and 'bad' by the reader's standards, and not always staying the same. Here is where the previously on-top Meridans, the South American power that's been one of the more (relatively) progressive countries, starts to turn on incoming immigrants...
Read more
One person found this helpful
Report abuse

Gianni Spagnolo
5.0 out of 5 stars A masterpiece
Reviewed in Italy on February 27, 2020
Verified Purchase
I've been following this series ever since 2011, back when it was only posted on alternatehistory.com, but this is the first time I've reviewed one of the ebooks. I don't have much to say, except that this one is a masterpiece of the alternate history genre. Well written, with an amazing attention for details, and it always manage to keep the reader's interest. I love it!
Read more
Report abuse
See all reviews