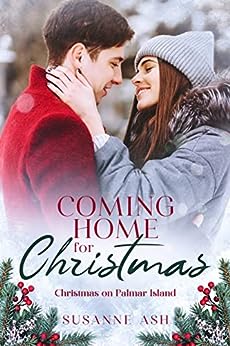 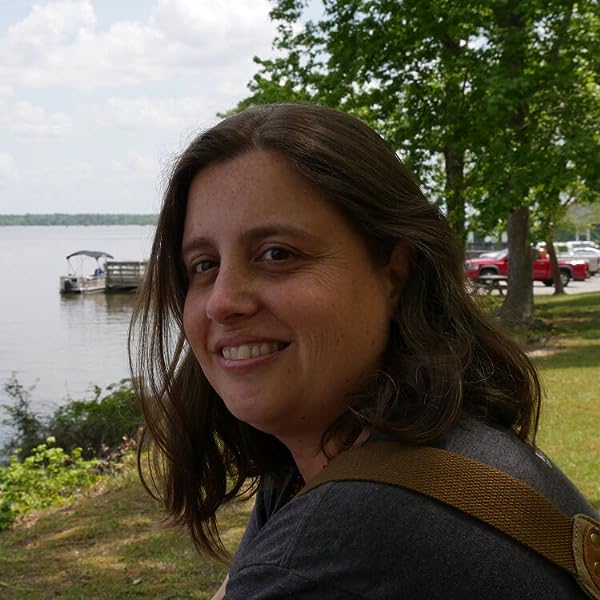 by Susanne Ash (Author) Format: Kindle Edition
Book 4 of 5: Christmas on Palmar Island
See all formats and editions
Sorry, there was a problem loading this page. Try again.

A surprise homecoming, a rekindle love, and two old ladies doing everything they can to meddle in their lives.

As if that added stress isn’t enough, Aiden, her high school boyfriend who dumped her around the holidays a few years ago is back in town as well and the two of them do not get along. But since his grandmother owns the bakery in town and her mother relies on the woman’s baked goods for the party, Claire has to play nice as she continues to bump into the guy who broke up with her their senior year in high school because it was hurting his chances of going pro.

The one thing these two have in common is a hate for anything Christmas related. But that’s hard to avoid on Palmar Island in December. Will the ice melt? Will old hurts be forgiven? And what will Grandma Erin and notorious matchmaker Miss Doris do to give these two a second chance at love?

Coming Home For Christmas is a sweet holiday romance with no cliffhangers and a HEA. It is Book 4 in the Christmas on Palmar Island series. All books in the series stand alone and can be read in any order.

Read all the books in the Christmas on Palmar Island Sweet Romance Series!

1. An Heir For Christmas

3. All He Wants For Christmas

Join Susanne's newsletter and get a free sweet romance novella.

Susanne Ash writes sweet contemporary romance. When she’s not busy putting pen to paper, she loves to cook, knit, and head out exploring with her husband and daughter. She lives close to the beach in beautiful South Carolina. You’ll find that her novels settings are often a fictionalized version of her surroundings and the places she’s visiting with her family.

Connect with Susanne on Social Media:

VicciL
5.0 out of 5 stars Very good, but
Reviewed in the United States 🇺🇸 on September 21, 2022
Verified Purchase
I wish more about Aidens dad being against Claire in HS would have been delved into. Not just he’s why I dropped you. Gulp, okay I’m sorta good with that thinks Clair and Aiden doesn’t seem to be really bothered either . Aside from this wee sticking point a very enjoyable read!
Read more
Helpful
Report abuse

Karen
5.0 out of 5 stars Palmar Island
Reviewed in the United States 🇺🇸 on September 23, 2022
Verified Purchase
I enjoyed reading all 4 books in this series. The setting of a beach island in South Carolina was special because I lived and worked in Myrtle Beach for 7 years before my retirement. I recommend this series to other readers.
Read more
Helpful
Report abuse

Ellen M. Hogan
5.0 out of 5 stars Loved It
Reviewed in the United States 🇺🇸 on June 29, 2022
Verified Purchase
The next book in Susanne Ash's Palmer Island books. Claire catches her boyfriend with another woman and heads back home to Palmer Island. She runs into her high school sweetheart Aiden, who is back caring for his grandmother. Such a sweet clean romance, just what you would expect from Susanne Ash. Love that Miss Doris is always making an appearance as the unofficial matchmaker. Just a delightful way to spend an afternoon.

I was given this advanced copy for free, and am leaving this review voluntarily.
Read more
Helpful
Report abuse

J Archibald
5.0 out of 5 stars Aiden and Claire
Reviewed in the United States 🇺🇸 on July 22, 2022
Verified Purchase
I loved getting to know Claire and Aiden. It was great how supportive their families and other characters on Palmar Island were. It’s always a delight to reconnect with Miss Doris. Coming Home for Christmas has the perfect balance of decision making, drama, and romance.
Read more
Helpful
Report abuse

Linda Harrington
5.0 out of 5 stars Great book!
Reviewed in the United States 🇺🇸 on August 2, 2022
Verified Purchase
This was such a sweet & interesting book! It kept my attention so much that I hated to put it down to go to sleep! I have really enjoyed Susanne Ash’s books!
Read more
Helpful
Report abuse

E. Littke
4.0 out of 5 stars Sweet second chance romance.
Reviewed in the United States 🇺🇸 on January 25, 2023
Like a hallmark movie on a small southern island. I liked Aiden and Claire. I liked seeing their friendship and relationship build again. I will read more by this author and in this series.
Read more
Helpful
Report abuse

I loved that this was a clean romance...sometimes I need a break from all the sexy and want more story. Ash delivered in this one. I enjoyed reading about Claire and Aiden and how they found their way back to one another. I also enjoyed the strong family and community ties to the story.

S. Wilcox
5.0 out of 5 stars Another delightful read
Reviewed in the United States 🇺🇸 on July 14, 2022
I received this as an ARC and give my review willingly. A clean wholesome story that focuses on second chances. Poor Claire catches her boyfriend with her co-worker Claire. So...... back home she goes home for the holidays and she is dreading her mom's holiday party. Her mom sends her out for lights at the local hardware store where she bumps into Alden Caldwell the guy who broke her heart. She wants to futher avoid him at all costs. Does she or does it become a second chance at love? Grab a copy and see what transpires,
Read more
Helpful
Report abuse
See all reviews
Report an issue
Does this item contain inappropriate content?
Report
Do you believe that this item violates a copyright?
Report
Does this item contain quality or formatting issues?
Report