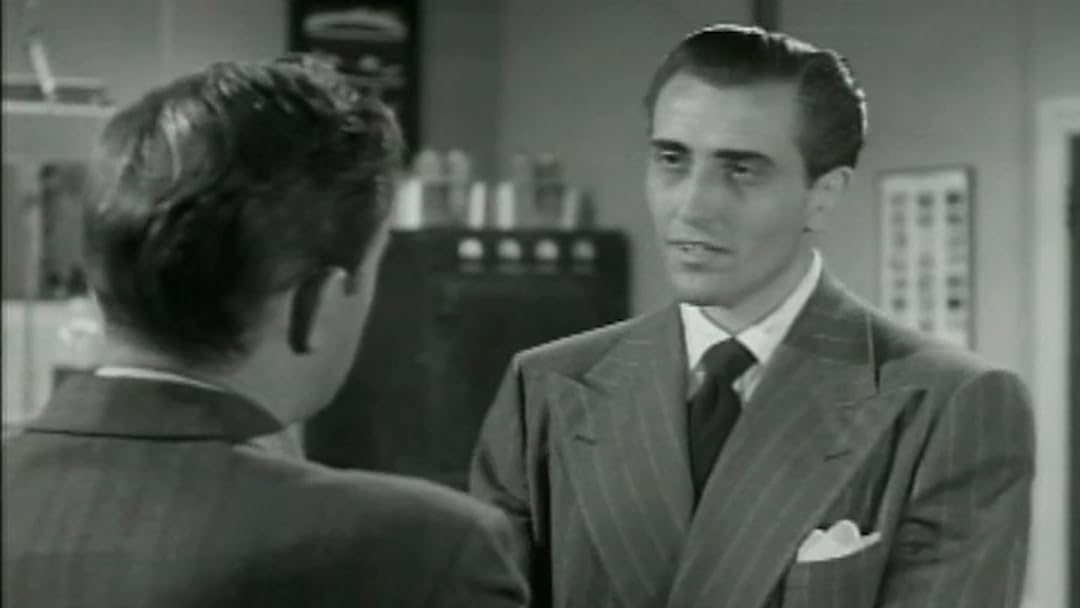 (17)
2 h 47 min195213+
The U. S. finds itself under attack from a mysterious force that can wipe out entire military bases and industrial complexes. Commando Cody, (Rocketman) surmises that the Earth is coming under attack from the Moon. He flies there & confronts the Moon's dictator, Retik, who boldly announces plans to both conquer Earth & then move the Moon's entire population there using spaceships. Action-packed!

D. LoganReviewed in the United States on May 3, 2020
5.0 out of 5 stars
So hokey! So delightful! Marvelous glimpse of a simpler time for entertainment.
Verified purchase
Loved the old cars. Loved the totally unbelievable story line. To think we were saved by Commando Cody from the ominous Moon Men. Not to mention the Lone Ranger before he became a good guy. Love how the bad guys can't catch a break but the good guys always and I mean always escape the jaws of death. What a great serial.
2 people found this helpful

Kenneth RansonReviewed in the United States on May 27, 2020
4.0 out of 5 stars
One of the Greatest Epics Ever Lensed
Verified purchase
This is the full version of a 1952 Republic serial. For film fans it will be worth it just for that. It is notable mostly for being what Clayton Moore did in the year he was not the Lone Ranger. Moore plays a dedicated bank robber and thug and does so admirably. The other connection is that this is where Commander Cody got his stage name, with a slight change. I was also encouraged that while the only female character goes to the Moon to cook!!!, she also drives the car while Cody shoots it out with the bad guys.

I was put off by the simplistic repetition until I remembered that these were mostly for children. And then, when I entered into the ethos of the narrative, I forgot the endless, indecisive, fist fights/gun fights. I no longer cared that four cliff hangers in a row were cars going off of bridges. I didn't care that the rocket exhaust floats straight up or that there was a Greek city on the Moon. I forgot that the title card said, "Written by Robert Davidson, because we had to blame someone." And I realized that the purity of its devotion to what is right and good in all of us, makes this one of the greatest epics ever lensed.

wwcrReviewed in the United States on March 31, 2020
5.0 out of 5 stars
A great classic from 1952.
Verified purchase
If you like the old movies like this, it's as good as others I watched each Saturday in the late 1940's. The good guys always come out OK and always beat the bad guys. None of the bad stuff you see in today's movies. Clayton Moore (the Lone Ranger) is a bad guy and plays it well.
2 people found this helpful

Jerry PrehnReviewed in the United States on May 17, 2020
1.0 out of 5 stars
Classic Americana but awful quality.
Verified purchase
Awful, in that the resolution is pathetic. How can anyone watch a movie with such poor digital transfer quality? It's unwatchable. It might be fun to watch I suppose if the scanning were done properly, but there's no way I'm wasting my time on such a lazy presentation. I'd be embarrassed if I presented this to anyone. Especially if I were asking to pay good money for it.
I so wanted to watch and enjoy this movie too.
One person found this helpful

B. ChandlerReviewed in the United States on January 28, 2021
5.0 out of 5 stars
Proof we are not alone
A mysterious set of explosions leaves Commander Cody to the conclusion that we are under attack from an unknown force. As we guessed from the title of the series it must be the "Radar Men from the Moon".
They've left nothing out and get to read the credits and even get to see the last chapter and find out what happened. Unfortunately, if you only bought volume one you will not find out what happened in the last chapter. Volume two may not be available.

The series and should not be too violent for today's youngsters as most of the time everybody is just slugging each other and when they use guns they can't seem to hit anything other than other guns. If you're young enough this series is very suspenseful. Otherwise, you spend most of your time thinking how dumb why didn't do this or why didn't they do that. Anyway, there is a lot of staying in the car scenes or stay in the Rocketship scenes or don't fly to close scenes. The good guys consistently insist on being outnumbered in fisticuffs and get the snot beat out of them every time; when will they ever learn? And we know why; if you listen closely you will recognize Clayton Moore (alias The Lone Ranger) without his mask. Still, they are persistent. Will it pay off and can Commando Cody save the day or will the bad moon leader Retik rule the Earth?

Shadery DumasReviewed in the United States on August 27, 2020
5.0 out of 5 stars
good
this is one of the best cliffhangers.
See all reviews
Back to top
Get to Know Us
Make Money with Us
Amazon Payment Products
Let Us Help You
EnglishChoose a language for shopping. United StatesChoose a country/region for shopping.
© 1996-2021, Amazon.com, Inc. or its affiliates