Commodore: The Life of Cornelius Vanderbilt and millions of other books are available for Amazon Kindle. Learn more
Share <Embed> 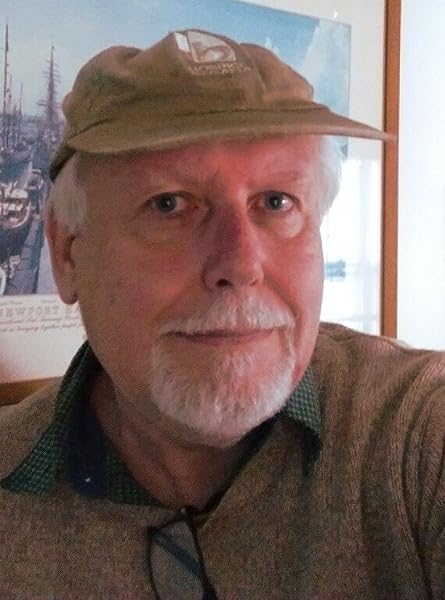 Start reading Commodore: The Life of Cornelius Vanderbilt on your Kindle in under a minute.

3.7 out of 5 stars
3.7 out of 5
27 global ratings
How are ratings calculated?
To calculate the overall star rating and percentage breakdown by star, we don’t use a simple average. Instead, our system considers things like how recent a review is and if the reviewer bought the item on Amazon. It also analyzes reviews to verify trustworthiness.
Top reviews

pat Rick
5.0 out of 5 stars Great wealth
Reviewed in the United States on December 11, 2010
Verified Purchase
Where did it all come from? all that money. This is a great account of the life of Corneluis Vanderbilt still perhaps the richest American ever in his time. Adjusted for todays dollars he was estimated to be worth more then Bill Gates in our time. From a poor farmer scratching out a living to the greatest of all the railroad barons ( owned the N.Y. Central railroad system)this story tells of a ruthless businessman who undercut his competition contantly to enlarge his holdings and create wealth. After reading this book I would reccommend reading the "Fall of the House of Vanderbilt". In that book details of how the money was completely and utterly squandered away by the Commodore's heirs to that point that there are no related millionaires today 125 yeras later. Remarkable tale in the two books of hard work to get there and the squandering of millions and millions of dollars and very little left today to show for it.
Read more
2 people found this helpful
Helpful
Report abuse

M. Lichtenstein
2.0 out of 5 stars A boring catlogue
Reviewed in the United States on April 26, 2010
Verified Purchase
I made a mistake. I thought his was the highly praised life of Vanderbilt. It was not . The one I should have read was "The First Tycoon". This book is a dreary list of shipping in the Atlantic and railroads in the East in the first half of the 19th Century. It tells nothing really of what Vanderbilt was all about or what his times were like.
Read more
11 people found this helpful
Helpful
Report abuse

Doug
3.0 out of 5 stars I get it, Vanderbilt was illiterate, get back to his achievements!
Reviewed in the United States on June 13, 2008
Verified Purchase
My recommendation on this book is very nuanced. This book is very good in that it is an excellent collection of facts on "Commodore" Cornelius Vanderbilt. More specifically, this is one of the few, greatly detailed books on the Commodore in existence. In this biography, you will read about Vanderbilt's ingenuity as a steamship captain, his defiant stance and eventual victory against the state-enforced steamboat monopoly of Robert Fulton and Robert Livingston, his prodigious success as a railroad magnate and his spirited offer to personally help, as a steamship captain, the Union army hunt down the USS Merrimack, an ironclad steam-propelled Confederate warship. The adventures of Cornelius Vanderbilt often reads better than fiction!

Unfortunately, this book is often unpleasant to read because the author seems to relish bashing Cornelius Vanderbilt for many of his colorful but reprehensible personal attributes. Renehan really seems to go out of his way to gleefully remind the readers how Cornelius Vanderbilt was illiterate, how he displayed little command of the English language and how he seemed to ridicule and despise individuals who valued intellectual pursuits. To me, it almost seemed as if the author wanted to persuade the readers that despite Vanderbilt's immense business achievements, he cannot really be that great because he cannot spell properly.

This schadenfreude towards Vanderbilt is further exemplified in how the author really seems to take great pleasure in reporting Vanderbilt getting swindled by Jay Gould during his struggle for control of the Erie Railroad. The author unsympathetically describes Vanderbilt as having to "lick his wounds" as if he is a pathetic, scalded dog who got what he deserved and not a great businessmen who was sold fraudulent stock certificates (as implies the allegation against Jay Gould).

Not to leave any personal vice unexplored, this book also delves into Vanderbilt's unadmirable relationships with the many women in his life. In this book, you will learn about Vanderbilt's habitual womanizing with the most uncouth of women, his being cajoled by his girlfriends to bankroll the mass production of Marxist literature, his (eventually fatal) contraction of STDs and in the grand finale of all odious personal acts, his (presumably unjust) institutionalization of his wife allegedly to allow him to continue his illicit affairs. If the last part is even remotely true, then Vanderbilt has truly led a disgusting personal life.

To be clear, I certainly do not think that the author should deny that Cornelius Vanderbilt did not live an admirable personal life. However, the only reason why Cornelius Vanderbilt is in history books is because of his achievements as a great industrialist. The relentless descriptions of Vanderbilt's illiteracy, his philandering, his boorishness and his other negative attributes is at best overemphasized, if not downright annoying and immature. I did not get this book because I wanted to read about what a horrible personal Cornelius Vanderbilt was; I read this book because I wanted to get a better understanding of his remarkable achievements as an industrialist.

In summary, a good book on Cornelius Vanderbilt today is a scarce reason indeed. For this reason, I definitely recommend this book until something better comes along as it is a very good source of information on Vanderbilt's accomplishments as a businessman. However, be warned of the constant bashing of Vanderbilt for his hideous personal character contained within, as it really is irritating.
Read more
6 people found this helpful
Helpful
Report abuse

James Robbins
4.0 out of 5 stars COMMODORE
Reviewed in the United States on June 14, 2009
Verified Purchase
Liked a review I had read in Christian Science Monitor and one in The Week, so decided to purchase from you. Have been fascinated with Vanderbilt since visiting his estate in North Carolina. Saving the book as a birthday present from my wife, so won't actually read until after July 12, 2009.
Read more
Helpful
Report abuse

Gary D
3.0 out of 5 stars It's Only Okay
Reviewed in the United States on April 21, 2014
Verified Purchase
A little tedious reading although it might be of more interest to a New Yorker. Having never been there, I couldn't fathom all the geographical references. Seems hard to believe that the Commordore was able to build such a vast fortune in the way he did during his lifetime.
Read more
Helpful
Report abuse

Joe Jackson
5.0 out of 5 stars and easy to read
Reviewed in the United States on August 27, 2014
Verified Purchase
Commodore Vanderbilt has always been a mystery to me. I felt this book was well researched, interesting, and easy to read. It seemed to give the full and accurate picture of his life.
Read more
Helpful
Report abuse

G David Moose
4.0 out of 5 stars Commodore
Reviewed in the United States on September 20, 2017
Verified Purchase
Fair, could have been more detailed. I'll be reading more on the subject of the Vanderbilt family in the near future.
Read more
Helpful
Report abuse

DOPPLEGANGER
5.0 out of 5 stars TANGLED LEGACY
Reviewed in the United Kingdom on January 23, 2011
Verified Purchase
Cornelius Vanderbilt is reported as saying "I don't care half so much about making money as I do about making my point". Not so in reality - Vanderbilt wanted and almost inevitably achieved both financial success and on his terms!

Edward J Renehan Jr's book is a well researched work that chronicles the life and business achievements of one of the greatest titans of the American commercial scene. Making his initial fortune in building ferry and cargo routes, he moved into steamboats and railroads amassing a massive fortune in the process and also was influential in establishing New York as the financial center of the United States. He was very single-minded in his quest for commercial dominance, and his reaction to legal threats from those he sought to ride roughshod was along the lines "What do I care about the law? Ain't I got the power?" and most times he had.

His success was achieved in a ruthless and at times somewhat uncaring manner, as is shown by his comment to one particular rival, "You have undertaken to cheat me. I won't sue you, for the law is too slow. I'll ruin you." He was a hard-drinking egotist with an all-consuming predilection for lechery having countless affairs (his latter years were marred by advanced syphilis), and was very harsh and authoritarian with his many children, most of whom he disinherited.

On dying in 1877 he left a $105 million fortune that at today's value would dwarf the worth of Bill Gates. Like some other hyper-successful businessmen of that time and others, in his latter years, perhaps to settle his conscience he became a noted philanthropist.

On the surface he was not a particularly likeable character, but his business success was phenomenal and Mr Renehan's book examines both sides of the coin and sheds new light on his personality, family and wealth creation.

A masterful, interesting and eye-opening book into one of the architects of modern America.
Read more
2 people found this helpful
Report abuse

James Yaworsky
1.0 out of 5 stars One Star
Reviewed in Canada on November 28, 2014
Verified Purchase
This book is more of a folk tale than an accurate biography. See Stiers book for the straight story.
Read more
Report abuse
See all reviews
Back to top
Get to Know Us
Make Money with Us
Amazon Payment Products
Let Us Help You
EnglishChoose a language for shopping. United StatesChoose a country/region for shopping.
© 1996-2021, Amazon.com, Inc. or its affiliates