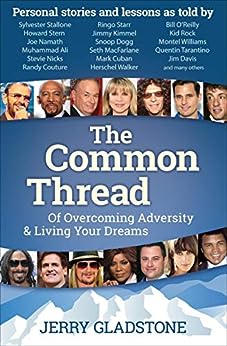 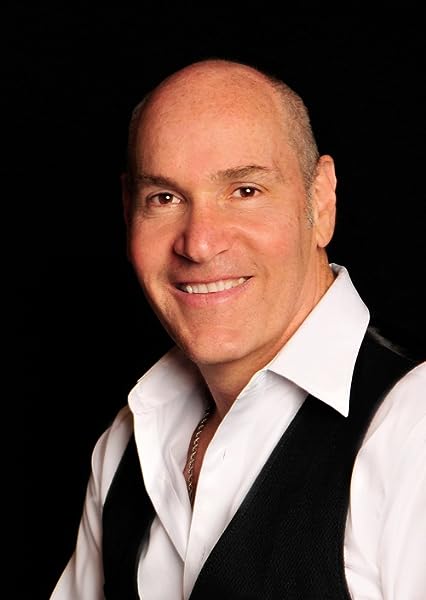 What makes the difference between the desire for success and real success? Learn from some of the world's most successful people--including Mark Cuban, Sylvester Stallone, Montel Williams, Stevie Nicks, Snoop Dogg, Gloria Gaynor, Randy Couture and others, in this unique collection of stories and advice.

They may be Academy or Grammy award winners, Super Bowl or World Series champions, Rock and Roll Hall of Fame legends, best-selling authors, or even billionaires--but that doesn't mean they have never faced obstacles and challenges. In fact, it was their ability to overcome the inevitable hardships of life that kept them on the path to achievement. Here, you can learn about their experiences and discover the "common thread" that successful people share.

Stop letting your circumstances, your lack of resources, or your past define who you are or what you can become. Find proven strategies, insights, wisdom and perspective--in a guide that helps you master new skills and habits with practical, helpful "do it daily" tips you can implement immediately.

"With his winning attitude and the many stories Jerry has shared in his book, there is no doubt we can all benefit and be empowered to reach our fullest potential" --Jim Davis, Emmy award-winner and creator of Garfield
Read more
Previous page
Next page

Bestselling Author Jerry Gladstone is highly regarded in the self-development industry as a speaker and success coach.
At the age of twenty-six he founded a small fine art company and grew it into an international business that specialized in the production, distribution, and marketing of a wide variety of entertainment fine art. Jerry's business associations have given him unique access to movie studios and celebrities including 20th Century Fox, The Walt Disney Company, Warner Bros., DreamWorksSKG, Apple Corps Limited,  Jim Davis' Garfield, Elvis Presley Enterprises,Frank Sinatra Enterprises, HBO, Sony, United Media, MGM, and Getty Images,among others.

In conversations with "Rocky" himself, Sylvester Stallone, and other super achievers, Jerry observed a "Common Thread" to success that inspired him to author his first book, The Common Thread of Overcoming Adversity and Living Your Dreams. Over the years Jerry has spent a significant amount of time interacting with and interviewing Academy Award and Grammy winners,Super Bowl and World Series champions, Rock & Roll Hall of Fame legends,Olympians, and boxing and UFC World Champions.

Jerry was born in Brooklyn, New York, and raised in Long Island. He and his wife, Brooke,currently live in Florida with their three children, Austin, Allie, and Emma.Jerry experienced low self-esteem and self-doubt and struggled academically as a youngster, but through his parents and sports, he learned that determination,dedication, and perseverance is a winning recipe for success.

"Somehow, Jerry Gladstone has gotten dozens of famous people to candidly discuss their successes and failures. It is the cautionary tales that separate The Common Thread from other books of its kind. You will learn a lot, you will not be bored!"

"People search for ways to succeed and achieve; they will find the answers they seek in "The Common Thread." Through well-known celebrities they admire and respect, the reader will see a little of themselves in this book, motivating and guiding them to pursue their dreams."

"The Common Thread Book is awesome! Jerry Gladstone shows how we all are meant for success."

Gloria Gaynor
"The Queen of Disco"
"In The Common Thread Jerry Gladstone artfully interviews dozens of Hollywood's A list, super athletes and chronic over achievers and manages to get to that thin piece of cloth that is the common thread between all of them.
The book is filled with inspiring stories, real life anecdotes and nuggets of wisdom that simply cannot be found anywhere else."
Tom Terwilliger, Mr. AmericaBestselling Author of 7 Rules of Achievement

"I am thrilled to be part of "The Common Thread!" Both Garfield and I have had the privilege to work with Jerry Gladstone over the years. With his winning attitude and the many stories Jerry has shared in his book, there is no doubt we can all benefit and be empowered to reach our fullest potential."

"The Common Thread book is like a three point shot for anybody looking to win at the game of success!"

Keith Askins3x NBA Champion
"If you're looking to get real strategies to make real productive and positive changes in your life, then 'The Common Thread' is a must-read!"

Dan Caldwell - Aka "Punk Ass"
Founder and President of TapouT --This text refers to an alternate kindle_edition edition.

Author of The Common Thread of Overcoming Adversity and Living Your Dreams &amp; "Old School" Success for the Millenial Generation and Beyond, Jerry Gladstone is considered an expert in helping people overcome self-imposed obstacles to reach their fullest potential. Certified by The International Coach Federation, Jerry has used his abilities as a business consultant, author, motivational speaker, and success and life coach to enhance the lives of others. He is also the founder of The Common Thread Success Academy.

Amazon Customer
2.0 out of 5 stars Compiled and superficial research, not interviews
Reviewed in the United States on June 19, 2019
I received this book as a gift from well-meaning O’Reilly watchers. This is a self-promoting, self-published book compiling anecdotes and quotes from personalities Gladstone researched but did not interview. For example, he includes a chapter on Howard Stern but admits he did not interview Howard, but advertised on his show and knows how hard he works. If you find that interesting or inspirational, good for you.For anyone contemplating buying this book as an encouraging gift, consider buying the biography of someone your recipient admires. I guarantee they will find it more encouraging and thoughtful than this superficial compilation.
Images in this review

Robert J. Wilkins
4.0 out of 5 stars A bit of an ego trip
Reviewed in the United States on January 3, 2016
Verified Purchase
Maybe three and a half stars. If it helps someone its useful, but its repetitious, and toward the end the individuals weren't on my recognition list. I agree that persistence can triumph over skill or ability-SOMETIMES, but you still have to have the ability to be doctor, lawyer, Indian chief or whatever. There's too much use of the word "I" and the sales pitch at the end really frosted me. I don't think any of the individuals cited used him as their advisor, but they did practice what he preaches discovering it on their own effort.
Read more
2 people found this helpful
Helpful
Report abuse

toadie
5.0 out of 5 stars COP
Reviewed in the United States on September 21, 2016
Verified Purchase
Bought a couple of copies of this inspiring book. I love it. I gave it to people whom I hope will be inspired to never give up on their dream/goals.
Read more
Helpful
Report abuse

Paul Tatasciore
5.0 out of 5 stars A great read. Great motivation from great people.
Reviewed in the United States on September 25, 2019
Verified Purchase
I like how each chapter is self-contained. One of those books you can pick up every now and again whenever you need some words of inspiration. Nicely done. Highly recommended.
Read more
Helpful
Report abuse
See all reviews
Report an issue
Does this item contain inappropriate content?
Report
Do you believe that this item violates a copyright?
Report
Does this item contain quality or formatting issues?
Report