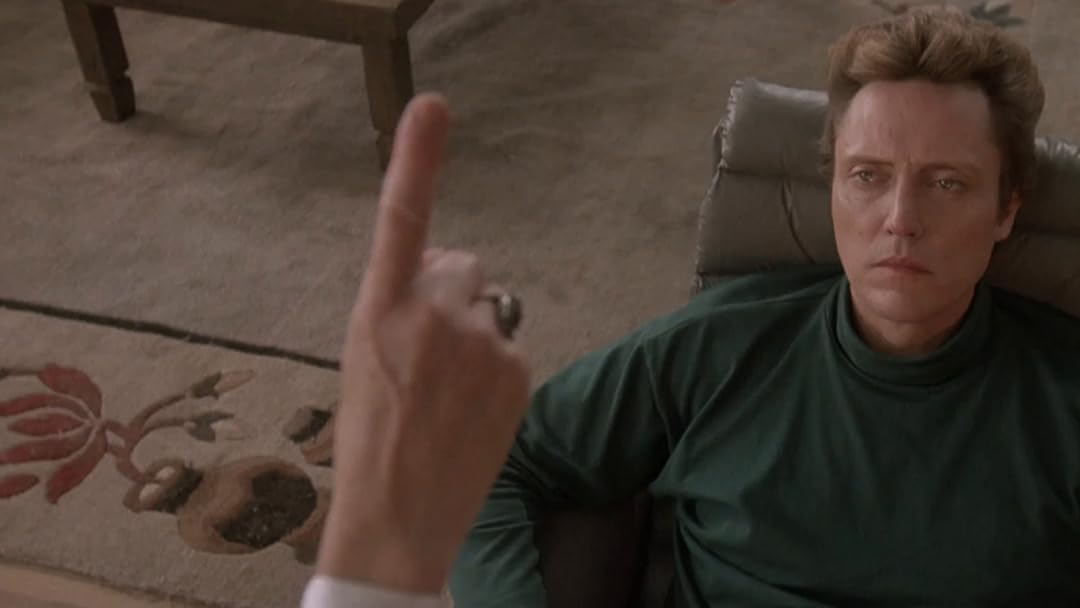 (696)5.61 h 49 min1989X-RayR
Oct. 4 and Dec. 26 the Strieber family drives from NYC to their cabin in the woods. Both nights there are some powerful lights outside and maybe aliens. The dad is mentally affected by the "bad dream", goes to the shrink and is hypnotized.

JeraldReviewed in the United States on May 23, 2021
1.0 out of 5 stars
wow, how crappy.
Verified purchase
I've wanted to see this movie for years. I had read the book ages ago but when I finally saw this available I watched it and OMG how crappy. It's a bad movie and Christoper Walken sucked. God, he's a bad actor. The wife and kid were bad too. The whole thing made me realize that he was a bad writer who needed a gimmick to sell books. He prob. had a night terror and then realized this whole alien thing could make him a lot of money (which it did). I believe in Aliens but this movie made me start to question that...
16 people found this helpful

James R. McgeeReviewed in the United States on May 30, 2021
1.0 out of 5 stars
Junk!
Verified purchase
I felt compelled to watch this movie after reading the book. I am of the conclusion that not only is the book trash but the movie is pure junk. It is Christopher Walken at his absolute worst. You get the feeling all the way through the movie he didn't really want to make this movie. As for Lindsay Crouse I can't say much since I haven't seen her in all that many movies. If this movie intent is to convince you of alien abduction then it fail on all fronts. It is more of a testimony to the vivid imagination of a writer who will stop at nothing, including implicating his wife and child in a fantastic lie. A more convincing story is Fire in the Sky which I highly recommend. This one is pure junk.
9 people found this helpful

RCTiaReviewed in the United States on March 28, 2021
4.0 out of 5 stars
High Creepiness
Verified purchase
This movie has creeped me out since I was in my early teens. This was one of the first movies I read the book for. I woke up one morning earlier this month needing to see Christopher Walken give his best Whitley Strieber impression. The scene where Whit first sees the alien in his room behind his door has creeped me out my whole life just like the bearded ghost in shaft alley on the escalator on the Unsolved Mysteries Queen Mary segment.
6 people found this helpful

JasReviewed in the United States on August 1, 2019
1.0 out of 5 stars
B movie Waste of money!
Verified purchase
Worst movie I’ve ever seen. I’m not saying this comment about his “contact” experience. But the movie is incredibly boring! Nothing ever happens for the longest time. Then when we finally see the alien the effects are so B movie bag that all we could do is laugh at the stupidity. Don’t waste you money!
12 people found this helpful

JackieReviewed in the United States on September 23, 2016
5.0 out of 5 stars
Area 51?
Verified purchase
First I love Christopher Walken. A great actor, kinda odd but cool and very talented. This movie is an "odd" one but they could not have cast it better. It is a great old "cult" classic for a vintage movie collector. The story is "based on the true life experiences" of Whitley Streiber. He had an "alien" encounter and his family and a few friends experienced something as well. If you've seen Fire in the Sky, the "true life story" of another UFO abductee, you come to realize that there is an eerie similarity in the experiences the two men had. If you are interested in UFO's and this sort of thing I can definitely recommend Communion and Fire in the Sky. If you like creepy, odd, interesting tales of the unusual these films are also perfect for you. Chris Walken is a magnificent actor and I can highly recommend almost all of his films. He is also a great dancer and has great energy. I am very pleased with this purchase.
17 people found this helpful

Kat StarwolfReviewed in the United States on July 30, 2021
5.0 out of 5 stars
GUESS YA HAD TO BE THERE...
Verified purchase
Wow, it's amazing how many didn't like this movie. I've read everything Whitley Streiber has written, and have loved it all, even when it wasn't so great, which were really few and far between. But think about it: if you went through what he and his family -- and especially HE -- have gone through, you might be a little ... compromised too.

Still, in my opinion, even though this movie seemed a bit tongue in cheek and irreverent in places, I think it may have been just Whitley's way of trying to 'put on a brave face,' especially for his son. I've been receiving Whitley's newsletters and listened to his podcasts on his Unknown Country site for years where he talks about these experiences and others who have also experienced them have talked about them. If you don't believe, fine. Whitley, Anne and Andrew (and their friends) believe this happened to them. Who's to say it didn't? Just keep in mind that there are a lot of us out here that have gone through similar experiences to Whitleys.

As for the writing, he did the screenplay. I think he might have been just playing around with a new (for him) medium.

Amazon consumer.Reviewed in the United States on May 23, 2021
1.0 out of 5 stars
Horribly directed. Actors just did their own thing hoping to be relevant.
Verified purchase
Jerald on this one being a flop. And I blame the director on this one. Realistic situations were so poorly acted that it made this movie hard to get into. And it kept happening for 90 minutes after the couple demanded to go home from the cabin.
Could have been an epic an epic flick otherwise.
6 people found this helpful
See all reviews
Back to top
Get to Know Us
Make Money with Us
Amazon Payment Products
Let Us Help You
EnglishChoose a language for shopping. United StatesChoose a country/region for shopping.
© 1996-2021, Amazon.com, Inc. or its affiliates