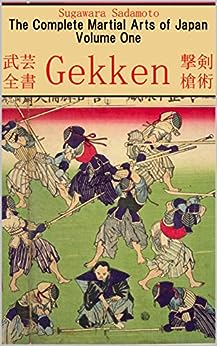 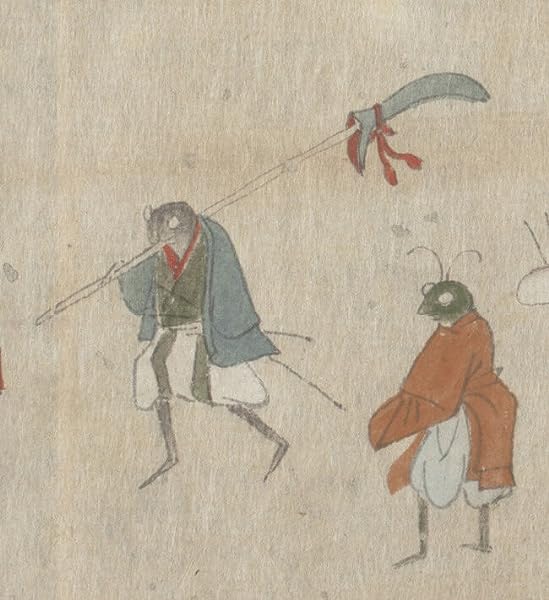 by Sadamoto Sugawara (Author), eric shahan (Translator) Format: Kindle Edition
See all formats and editions
Sorry, there was a problem loading this page. Try again.
Originally published in 1898. A translation of a Japanese Martial Arts Manual. Descriptions of techniques for Kenjutsu (sword techniques), Sojutsu (spear techniques), Kyujutsu (Japanese archery) as well as how to cut Maki-wara and swimming techniques. Includes the original illustrations on every page along with a full translation. Key Japanese terms are retained with an explanation given.Part one of a three part series.First time in translation.
Read more
Previous page
Next page
Due to its large file size, this book may take longer to download
Fire Tablets
Free Kindle Reading Apps
Available on these devices

4.4 out of 5 stars
4.4 out of 5
31 global ratings
How are ratings calculated?
To calculate the overall star rating and percentage breakdown by star, we don’t use a simple average. Instead, our system considers things like how recent a review is and if the reviewer bought the item on Amazon. It also analyzes reviews to verify trustworthiness.
Top reviews

Daniel
5.0 out of 5 stars Excellent
Reviewed in the United States on May 14, 2019
Verified Purchase
Excellent seller and item.
Thank you very much.
Read more
Helpful
Report abuse

Thomas Urso
5.0 out of 5 stars An interesting look into late 19th century bugei.
Reviewed in the United States on May 30, 2014
Verified Purchase
As mentioned in the book's description, this is an English translation of a late 19th century manual concerning the martial arts of Japan. Being a practitioner of Japanese & Korean swordsmanship, in addition to having a strong affinity for history, I find Mr. Shahan's publication most enjoyable. The insight & ideology of the original author (Sugawara Sadamoto) is fascinating as this is a Japanese officer living during the military rise of post-Edo period Japan. He was a modern soldier (for the time) yet he still promoted the learning of traditional budo/bugei (martial arts) for military training. Again, most fascinating.

BTW, this book may be particularly interesting to students of Kendo/Kumdo & schools of swordsmanship who practice tameshigiri (test cutting). The book provides information pertaining to several martial disciplines such as sojutsu (the study of the spear) & even swimming, it also dedicates a nice portion to the sword. Gekken (撃剣, the precursor to modern Kendo, kyukgum 격검 in Korean) & shizan (skill test cutting) are described. This is very significant as I personally have not run across much literature in English of the previously mentioned disciplines' pre-20th century practice. A welcome rarity in my opinion.

While I would consider the original purpose of this book to be for instruction, attempting to completely understand its contents without a quality instructor is a bit of a fallacy in my humble opinion. However, it absolutely is a wonderful look into bugei of the late 19th century as it was meant for the modern Japanese military. I thoroughly recommend this book.

JHL
4.0 out of 5 stars Fascinating Little Book, if a Little Messy
Reviewed in the United States on February 8, 2015
Verified Purchase
It's great to have this available in print in English, and it's hard not to like Eric Shahan, who clearly has a great time figuring this text out and tracking down side stories on the internet. The book itself isn't something you'd use as a manual now - indeed since videos of kata became available no book is - but it's very interesting to get the 19th century point of view about kendo, kyudo and other martial arts. If it had been proofread the rating would be five stars, but it doesn't seem as if the spell-check was on at all times. Bottom line the enthusiasm overcomes the text errors and I have ordered the next volume.
Read more
One person found this helpful
Helpful
Report abuse

Aden Steinke
4.0 out of 5 stars Very useful addition to english language resources
Reviewed in the United States on June 1, 2014
Verified Purchase
Some great images from the original work, the translation is clear, I have already found it a really useful reference. Only reason I gave it 4 not 5 was a couple of places where including one more image would have made things clearer.
Read more
Helpful
Report abuse

Sylvain Landreville
3.0 out of 5 stars Three Stars
Reviewed in the United States on May 10, 2016
Verified Purchase
Not for the novice. Some interresting info, but no more than that. OK for the price.
Read more
Helpful
Report abuse
See all reviews

Mathi
3.0 out of 5 stars Historical value: great. Not good for deepening your understanding of swordsmanship.
Reviewed in the United Kingdom on August 9, 2016
Verified Purchase
It's pretty decent. The translator have a bit of a casual tone, and some of the sources are just Wikipedia and blogs, but otherwise pretty good. Too bad Sugawara seems to be a bit dull witted, as he makes many mistakes both in writing and illustration, some of which even the translator felt like pointing out. The illustrations are fairly inconsistent, showing kata with two fighters step by step, one in black clothing and the other in white. Yet, Sugawara doesn't manage to keep it consistent, sometimes they suddenly change color, or are not colored in at all. He also will describe something very complex, and point to an illustration, claiming it shows what he means, but he might describe a block, while the drawing shows just the two just standing, not doing anything at all.

Having said all of this, I still recommend it for those who have a historical interest, as these are historical texts. I can appreciate them as of historical value, but as an experienced swordsman, I still would have a hard time trying to follow the instructions in this book.
Read more
Report abuse

John L. Piper
4.0 out of 5 stars Good background information.
Reviewed in the United Kingdom on March 5, 2021
Verified Purchase
Filled holes in my knowledge of the period, I intend gradually to purchase other volumes of the series as and when shelf space permits!
Read more
Report abuse