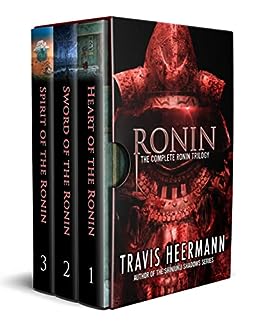 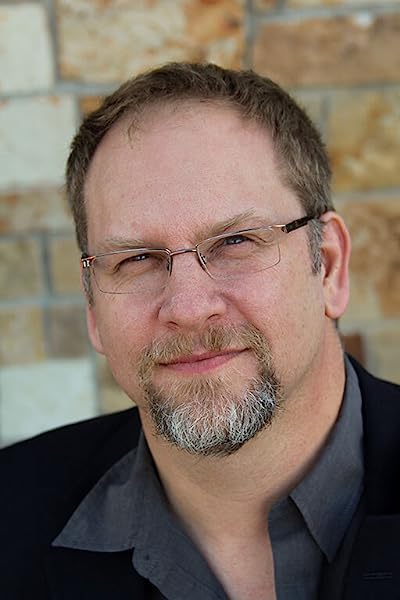 by Travis Heermann (Author) Format: Kindle Edition
See all formats and editions
Sorry, there was a problem loading this page. Try again.

A fateful duel puts a price on his head...

... and an ancient sword makes him a legend.

Ken'ishi is a young ronin, a samurai without a master, tossed on the waves of fate and fortune, orphaned as a baby when his parents were murdered.

Amid ruthless crime lords, bloodthirsty demons, and Mongol spies, his only link to his past is Silver Crane, his father's sword, a blade that holds its secrets close... Such as the secret of the family bloodline. But some secrets best remain kept.

His dream is to find service to a worthy master, but when he falls in love with the wrong woman, his dreams might turn to nightmares. Daggers lurk in the shadows, a barbarian horde lurks just over the horizon, and Ken'ishi will be forced to choose love, honor, or the fate of his very soul.

This Complete Trilogy Box Set, illustrated by Alan M. Clark and Drew Baker, also contains the short story, "The Ronin and the Green Maiden", published together for the first time.

You'll love this epic, historical fantasy adventure because it has the perfect blend of history, action, and fantasy.

From Publishers Weekly
"A fusion of historical fiction and adventure fantasy, the first volume of Heermann's Ronin Trilogy is a page-turning folkloric narrative of epic proportions. In a strange, supernatural feudal Japan, 17-year-old warrior Ken'ishi, a masterless samurai with a mysterious past and a legendary sword, saves the life of Kazuko, a powerful lord's daughter. Soon he becomes entangled in a deadly web of treachery, obsession and vengeance along with a bevy of conspirators, spies, assassins and otherworldly monstrosities. Though Heermann does little to push the boundaries of the subgenre, his writing style is confident and fluid, his characters well developed and his serpentine story line anything but predictable. Numerous tantalizingly unresolved plot threads will have readers anxiously awaiting the second installment in this gripping tale of ill-fated love, betrayal and destiny." Copyright © Reed Business Information, a division of Reed Elsevier Inc. All rights reserved. --This text refers to an alternate kindle_edition edition.

"This one captured my attention right away with the dialogue, descriptive wording, and the wonder of why the main character would be at the business end of a sword. I adore historical and that the main character has the ability to talk with animals really captivated me in this tale...The storyline flows beautifully and really does present a wonderful beginning to a story." -- Amazon Top Reviewer --This text refers to an alternate kindle edition.

"From the first sentence, Travis Heermann weaves a tale that sucked this reader into a rich Japanese tapestry full of ronin, samurai, and magic. It was hard to put this book down to sleep." - Patrick Hester, Hugo-Award Winning SFSignal.com and the Functional Nerds Podcast
"Travis Heermann takes everything I loved about Heart of the Ronin (adventure, intrigue, sympathetic characters), puts it in a pressure cooker and serves it with a side of Awesome. Sword of the Ronin is his best novel yet and won't disappoint." - Shaun Farrell, Adventures in Sci-Fi Publishing
"Sword of the Ronin is a raw and energetic adventure that explores deep and eternal themes such as honor, love, and betrayal while maintaining a engaging, humorous, living world. It also has an awesome ronin hero who hacks lots of bad people to bits, if you're into that sort of thing. Which you definitely should be." - Rich Wulf, author of The Heirs of Ash Trilogy
​"Lovely details, an honorable character, and great action. Travis Heermann's Spirit of the Ronin is a rich and entertaining story." - Kevin J. Anderson, New York Times bestselling author of BLOOD OF THE COSMOS, the JEDI ACADEMY TRILOGY, and THE LAST DAYS OF KRYPTON
"As in the previous two volumes... Heermann mixes [action, romance, and history] with a great deal of skill, giving us tense action scenes, extremely well-drawn characters, and an intelligently-handled touch of sorcery. Fantasy and action fans will be every bit as satisfied as fans of historical fiction." - Historical Novel Society
"If you watch Japanese movies or read Japanese literature, three of the most powerful forces in their culture are loyalty, duty and love. The way Heermann pits these forces against one another in the minds of the protagonists is masterful.... In Heermann's Japan, the spirits and gods interact with the world on a daily basis, making for a 'magic system' rarely seen in literature. If you want to read something with a Japanese flavor both accessible and unique, Spirit of the Ronin is as good as you will find.... My only regret was that the story ended." - New Myths

Freelance writer, novelist, filmmaker, editor, poker player, poet, biker, Travis Heermann is a graduate of the Odyssey Writing Workshop, an Active member of SFWA and the HWA, and the author of the Shinjuku Shadows Trilogy, Ronin Trilogy, The Hammer Falls, and other novels. His more than thirty short stories appear in Baen Books' anthology Straight Outta Deadwood, plus Apex Magazine, Tales to Terrify, Fiction River, Cemetery Dance's Shivers VII, and others. As a freelance writer, he has contributed a metric ton of work to such game properties as the Firefly Roleplaying Game, Legend of Five Rings, EVE Online, and BattleTech, for which he's been nominated for a Scribe Award.
He enjoys cycling, collecting martial arts styles and belts, torturing young minds with otherworldly ideas, and monsters of every flavor, especially those with a soft, creamy center.

Freelance writer, novelist, award-winning screenwriter, editor, poker player, poet, biker, Travis Heermann is a graduate of the Odyssey Writing Workshop, an Active member of SFWA and the HWA, and the author of the Tokyo Blood Magic, The Hammer Falls, The Ronin Trilogy, and other novels. His more than thirty short stories appear in Baen Books’ anthology Straight Outta Deadwood, plus Apex Magazine, Tales to Terrify, Fiction River, Cemetery Dance’s Shivers VII, and others. As a freelance writer, he has contributed a metric ton of work to such game properties as Firefly Roleplaying Game, Legend of Five Rings, EVE Online, and BattleTech, for which he’s been nominated for a Scribe Award.

He enjoys cycling, collecting martial arts styles and belts, torturing young minds with otherworldly ideas, and monsters of every flavor, especially those with a soft, creamy center.