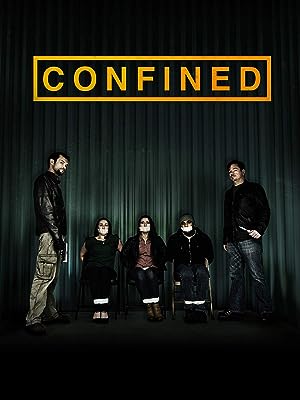 (29)3.31 h 18 min201913+
Donnie's wife Sara is kidnapped. He's left video messages by Noah, the man that took her showing her held in captivity. Noah gives Donnie one week to find Sara or she'll disappear. Noah presents all of his motivations upfront to Donnie showing him he has nothing to lose. How far will a man go for revenge when he does not fear consequences? How far will Donnie go to save Sara?

JWReviewed in the United States on December 2, 2019
1.0 out of 5 stars
Bad Acting, Bad Writing, Bad Cinematography
Verified purchase
I saw the trailer for this movie posted in a group for Cincinnati indie movies, so I figure I’d put my Amazon Prime to use for watching a movie for the first time. Plus, it’s always fun to watch a movie with local spots you can recognize.

Before the movie, I watched the trailer. It was weird. There was a guys voiceover on top of scenes that didn’t fit… like watching a bad foreign film where you see the lips move and the english comes out a few seconds later. The trailer did not pull me in, was too long… but I was already committed to watch the movie.

I figure the best way to give feedback is to write a review as I watch the movie, so here goes:

Starting off, I notice the sound design is a bit shaky… the transitions from the background music to dialogue is harsh and felt a touch rushed. As the scene of the guy putting the pictures together came on… I almost thought the movie was on a skip loop. The same shot over and over… 4 solid minutes of moving pictures on a table. It was frustrating, and would have been the PERFECT place to put in opening credits or title sequence.

The garage scene had one of our main characters in a back & forth dialogue scene completely out of focus. Same thing in Cathedral Park scene. There were a few more scenes that had the background locked on focus and not our characters. Minor mistake, but it became distracting.

Halfway through, I can say the actor portraying Sarah has been the performance to watch. Donnie’s brother had a decent delivery as well. Noah was ok. Donnie, Mike, and Sarah’s fellow capturees were almost distracting in their performance. Their lines didn’t seems natural which made the emotions seem forced/fake.

Very out of place / disjointed traffic-scene transitions. They felt like stock clips just thrown in. Like when Donnie and Noah were in the car… why did we need to see time-lapse cars??

The fight choreography needed a touch of polish. Seemed like watching a first take of a practice fight.

The ending was so haphazardly written and out of place and out of character. Having struggled through that much of the poorly made movie was only made worse by the nonsensical ending.

Overall this movie was pretty bad. It had promise of having some sort of mind-twist or epic ending, but left me feeling empty and disappointed. The shaky camera work, out of focus characters shots, poorly places transitions, and harsh sound design made it hard to watch. The performance of Sarah is the only shining light in this film. The fact that the 2 actors displayed on Amazon as “starring” is a shame that it wasn’t her. In total… It felt like watching a high-school film project. Would recommend to up and coming directors for teaching moments, but for entertainment… not so much.

JeffReviewed in the United States on October 6, 2019
3.0 out of 5 stars
A fun, independent thriller where the bad guy steals the show
Verified purchase
Before I start, I'd like to state that I have a bias towards this film since I know several of the people (both on and off camera). Rather than just saying it's great to support them and their success, I'll try to give a fair analysis. So, here it goes.

Confined is a mystery thriller about Noah Harvey (Chris Dettone), a man hellbent on revenge because his wife was killed in a car accident by Donnie (John French). He kidnaps Donnie's wife Sara (Caitlin Drance) and gives him a week to find her or he'll kill her. The race is on. Desperation and paranoia sets in. New revelations and harsh truths are revealed. And there's an ending you wouldn't expect.

Confined follows many of the tropes you find in any thriller but unlike a lot of them, it works to the film's advantage. I will note that some "twists" feel out of place and unwarranted, particularly the ending. Without giving it away, the final scene feels almost forced and the "set up" for it was not developed enough by the characters. But the movie makes up for this in the characters.

Chris Dettone gives such a humanized portrayal of Noah, that it's hard not to empathize with him. While at times he seems to channel his inner psychopath, he adds a peculiar element that makes him feel like a tragic character of circumstance. John French as Donnie emotes the desperation and paranoia his character experiences very well to the screen. But there's a moment near the end where he seems to lack an added emotional punch. The rest of the cast is good, including DeWayne Pitts as Austin, one of Noah's victims. However, they're never quite at the same level as Dettone and French. After all, this is their movie.

The writing is decent, but some lines felt corny and overly cliche, particularly when Noah tells Donnie that he'll "send his wife to him in pieces." Almost sounds like a line from villain in an old Arnold Schwarzenegger movie. The audio was problem, I had to have subtitles on for some scenes. I wished there were both more shot variety during the dialog scenes. And the lighting could have been much better. There are some scenes, specifically key moments where the actors' faces aren't clearly visible. These are the plagues of many independent features on a shoestring budgets. But for $2,000 it didn't look terrible.

"Confined" is a nice effort to indie film. With bigger budgets and a larger crew, I think director William Chaffin can make some more decent flicks.

DeckerReviewed in the United States on November 30, 2019
4.0 out of 5 stars
Intense!
Verified purchase
Lets get the bad out of the way...it doesn't define the movie. There are a lot of out of focus shots...BUT the movie is pretty good and worth watching. It's an interesting story that unfolds as it should and has a twist ending that may or may not hold up depending on your tastes. I found it just fine because I had guessed the twist. The acting is decent with the stand out being the lead bad guy, he nails his brand of crazy and it works well for his motives. Overall don't let the camera work deter you from watching the story is more than worth your time if you like thrillers.
One person found this helpful

T. TallaricoReviewed in the United States on October 9, 2019
4.0 out of 5 stars
Give this a watch
Verified purchase
For a smaller budget film, this had a solid storyline, suspense and a twist at the conclusion. The audio was in and out at times, mostly in the storage unit scenes. The shootout scene inside the house was very well done and quite realistic. A fun film to watch that held my attention.
2 people found this helpful

Susan MalloyReviewed in the United States on October 9, 2019
4.0 out of 5 stars
Totally worth the watch!
Verified purchase
Over all, I really liked it! It is clearly not major Hollywood film, but for a 2k budget, it was really good!
The woman who played Sara was the best actor and her character arch was my favorite. Noah was also really good. I actually felt more for him than I did for Donnie.
Some of the acting was ROUGH! There were serious audio issues as well as some light issues. There was a lack of urgency or desperation with a few of the characters which was a bit disappointing.
I wish the end had been a bit different; I wanted more resolution or info as to what Sara did after everything. Also, how is it that no one called to see where Sara was especially since she was a lawyer?
One person found this helpful

gr33kbo1Reviewed in the United States on January 4, 2020
4.0 out of 5 stars
Thank you
Verified purchase
I don't know much about cinematogrophy; however, with the limited budget (2K) that they had, I thought they did a fabulous job. I used to act when I was a child (Pasadena Playhouse, etc.) and even got the opportunity to act with Tim Provost, star of Lassie in the 60's. It is not easy to be up there on stage. I loved this script!!!

BlessedbeyondbeliefReviewed in the United States on October 25, 2019
5.0 out of 5 stars
Don't miss this thrill ride!!!!
Verified purchase
He'll hath no fury like a wo.....oops I won't give it away.... I loved the cinematography!!!!! The way he kept it dark really added to the dark mood of the film. I really enjoyed it and would definitely watch it again. Great plot, great acting, highly recommend

beyondtheseaReviewed in the United States on October 6, 2019
5.0 out of 5 stars
There's a little part inside each of us...
Verified purchase
that relates to a character such as the protagonist here. That is my favorite kind of tale, be it written or on the screen. I thoroughly enjoyed this film, with it's character developments and them of revenge revenge glorious REVENGE! Plus, it doesn't hurt that the setting is my beloved Queen City. Bravo, Few Man Crew! Keep 'em coming.
One person found this helpful
See all reviews
Back to top
Get to Know Us
Make Money with Us
Amazon Payment Products
Let Us Help You
EnglishChoose a language for shopping. United StatesChoose a country/region for shopping.
© 1996-2021, Amazon.com, Inc. or its affiliates