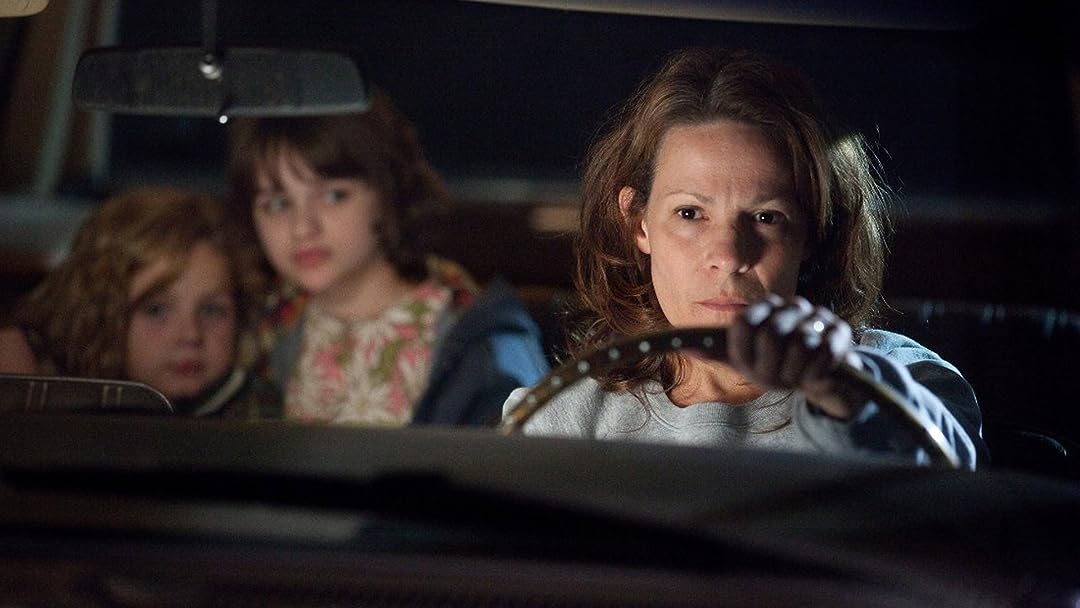 Andy WaitstillReviewed in the United States on April 12, 2017
5.0 out of 5 stars
Spooky But Not Gratuitous
Verified purchase
The key thing to remember when watching the Conjuring films is that the center is always the relationship between the Warrens. They determine what happens and what doesn't. This makes them distinctive in the horror genre. The gore and violence is scarcely here. In its place is well-thought creepiness and possession. The movie makes a point of grounding itself in reality. You soon learn why that ghastly tree is present on the cover and what its connection is to everything else. This is intelligent, story-driven horror. And while the omnipresent Catholic element may be over-the-top, the producers and writers prevent it from becoming the whole story. And, of course, with Vera Farmiga and Patrick Wilson as leads, well, there is little to disappoint. This little film proved to be a box office bonanza and made Conjuring:2 happen. Let us all hope that the relationship between the Warrens remains the center on which all other sequels base themselves.
31 people found this helpful

joel wingReviewed in the United States on August 11, 2019
4.0 out of 5 stars
A truely scary story
Verified purchase
The Conjuring was a great horror film when it came out. Too many in this genre are so formulaic they neither create fear nor are they that interesting. This was an exception with a really creepy story with the added bonus that it was based upon a true story.

The heart of the story revolves around the Perron family, a mother and father and their five children. They move into a new house, which turns out to be haunted. That becomes apparent right at the start when the clocks all stop working at the same time and then they find out that their dog died. More weird stuff follows and they call in the Warrens who are exorcists to investigate.

The film does a great job building up the tension. Things start with the sublime like the clocks and the dog, and then noises and thumps in the night that get more and more menacing and can really freak out the audience. As Ed and Lorraine Warren explain to a college class there are three stages of demonic activity. First, is the infestation like what initially happens in the house with the mysterious sounds, and the feeling of something being there. Second, is oppression when the family is being targeted by the evil spirit. Finally, possession is when the being takes over one of the family, in this case, the mother Carolyn (Lili Taylor).

It’s unfortunate that the Conjuring got turned into a franchise because it might lesson people’s interest in where it all began, which was a great horror release.
C

Forest NymphReviewed in the United States on May 11, 2021
4.0 out of 5 stars
Good but Not Great
Verified purchase
While the original Conjuring film relies more on story than the shock of blood or gore, I do not think it holds up that well through the test of time. I mean it was cool when it came out in 2013 but it wasn't exactly genre-shattering, and re-watching it eight years later I don't think it has the classic power of some earlier supernatural horror films that are considered to be works of art.

It's a franchise. It is so obviously a franchise, and set up to be that way from the very first movie. Some fans will act as though the original Conjuring is akin to the original of some cult classics from the 70s or 80s...but it is not. Annabelle was intentionally made to look scarier for the movie than she was in the real historical accounts, and she's obviously planted in the film (along with images of the Nun/Bathsheba) as a link to later branches or sequels in the franchise. It is so obviously contrived watching it in retrospect, and even without those transparent elements, it just doesn't qualify as serious supernatural horror. I get tired of people pretending that it is.
2 people found this helpful

TafkaswfReviewed in the United States on October 13, 2020
3.0 out of 5 stars
A Decent Ghost/Demon Possession Movie
Verified purchase
Combine The Exorcist, Poltergeist, and The Amityville Horror, and you get The Conjuring. You've seen most of the elements of this movie before, but The Conjuring still puts them together to make a decent movie.

The Conjuring also has all the required sudden sounds (Thumps! Bangs! Crashes!) and all the sudden appearances / jumps outs of the ghosts and demons in this movie. Yes, you'll find yourself startled, or spill your drink, or put your hands over your eyes at certain points. So Yeah, The Conjuring fills all the squares on the Ghost Movie/Demon Possession Movie checklist.

The acting is pretty plain; no one is going to win an Oscar from this one. The annoying things about this movie are that NO ONE questions anything the husband-wife ghost hunter team says or does, and the husband-wife ghost hunter team are always right about what's happening. It's as if the makers of The Conjuring agreed with the real-life husband and wife team that the movie will - WILL - cast the two as unquestionable, real, professional scientists who are the best in the legitimate, accepted field of ghost hunting and demon removal. Oh, and the big house and the family of seven are fully supported by what the husband makes driving his 18 wheeler as an independent trucker. Ummmm not too sure about that.

But you won't feel ripped off watching The Conjuring. It does a fine job for the ghost & demon possession genre.
3 people found this helpful

Terri L MooreReviewed in the United States on November 3, 2021
5.0 out of 5 stars
Scary
Verified purchase
based on true stories about Nance and Ed Warren;

Edward Warren Miney (September 7, 1926 – August 23, 2006)[3] and Lorraine Rita Warren (née Moran; January 31, 1927 – April 19, 2019)[4] were American paranormal investigators and authors associated with prominent cases of alleged hauntings. Edward was a self-taught and self-professed demonologist, author, and lecturer. Lorraine professed to be clairvoyant and a light trance medium who worked closely with her husband.

In 1952, the Warrens founded the New England Society for Psychic Research (NESPR), the oldest ghost hunting group in New England.[5] They authored many books about the paranormal and about their private investigations into various reports of paranormal activity. They claimed to have investigated well over 10,000 cases during their career.[6] The Warrens were among the first investigators in the Amityville haunting. According to the Warrens, the official website of the NESPR, Viviglam Magazine and several other sources, the NESPR uses a variety of individuals, including medical doctors, researchers, police officers, nurses, college students, and members of the clergy in its investigations.[7][8][9]

The BrainReviewed in the United States on January 1, 2018
5.0 out of 5 stars
THE CONJURING FRANCHISE STANDS TALL IN A WEAK ERA OF HORROR
Verified purchase
Not typically a fan of paranormal type of movies as I just dont find them scary and often times simply hilarious(Ouiji, Paranormal Activity, etc) however, the Conjuring and The Conjuring 2 is a GREAT movie own its own without the horror aspect. James Wan is actually a GOOD DIRECTOR FIRST and then a horror director second. He prioritizes good acting, getting good and creepy cinematography, and actually having a good plot. The choice to go with Patrick Wilson and Vera Farmiga for Ed and Lorraine Wilson was also a great decision. Terrific actors who are believable in their roles. It's going to hard to see them as anything else now.
10 people found this helpful

Anonymous Reviewed in the United States on July 23, 2017
5.0 out of 5 stars
One of the Scariest movies ever!
Verified purchase
One of the scariest movies I've ever seen. I'd have to say that this movie scared me more than the Ring and the Exorcist and it certainly didn't make it any less scary when during one of the scary parts of the movie, my salt rock lamp flickered for no reason at all. I keep the lamp next to a photo collection of my deceased father. You can imagine that I had a hard time sleeping afterwards. As for the movie, there were many scary parts, anyone that said it wasn't scary is crazy. The tree scene alone did me in. The acting for Ron Livingston was horrendous considering how much I loved him in Office Space. I guess that was his one-hit wonder because he was so bad in this movie. But I still think it's one movie I won't forget for the fear factor.
10 people found this helpful
See all reviews
Back to top
Get to Know Us
Make Money with Us
Amazon Payment Products
Let Us Help You
EnglishChoose a language for shopping. United StatesChoose a country/region for shopping.
© 1996-2022, Amazon.com, Inc. or its affiliates