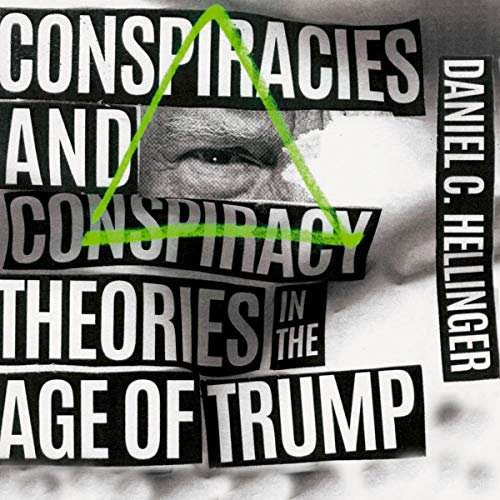 Conspiracies and Conspiracy Theories in the Age of Trump

This book focuses on the constant tension between democracy and conspiratorial behavior in the new global order. It addresses the prevalence of conspiracy theories in the phenomenon of Donald Trump and Trumpism, and the paranoid style of American politics that existed long before, first identified with Richard Hofstadter. Hellinger looks critically at both those who hold conspiracy theory beliefs and those who rush to dismiss them. Hellinger argues that we need to acknowledge that the exercise of power by elites is very often conspiratorial and invites both realistic and outlandish conspiracy theories. How we parse the realistic from the outlandish demands more attention than typically accorded in academia and journalism. Tensions between global hegemony and democratic legitimacy become visible in populist theories of conspiracy, both on the left and the right. He argues that we do not live in an age in which conspiracy theories are more profligate, but that we do live in an age in which they offer a more profound challenge to the constituted state than ever before.

4.5 out of 5 stars
4.5 out of 5
2 global ratings
How are ratings calculated?
To calculate the overall star rating and percentage breakdown by star, we don’t use a simple average. Instead, our system considers things like how recent a review is and if the reviewer bought the item on Amazon. It also analyzes reviews to verify trustworthiness.

There are 0 customer reviews and 2 customer ratings.
Back to top
Get to Know Us
Make Money with Us
Amazon Payment Products
Let Us Help You
EnglishChoose a language for shopping. United StatesChoose a country/region for shopping.
© 1996-2022, Amazon.com, Inc. or its affiliates