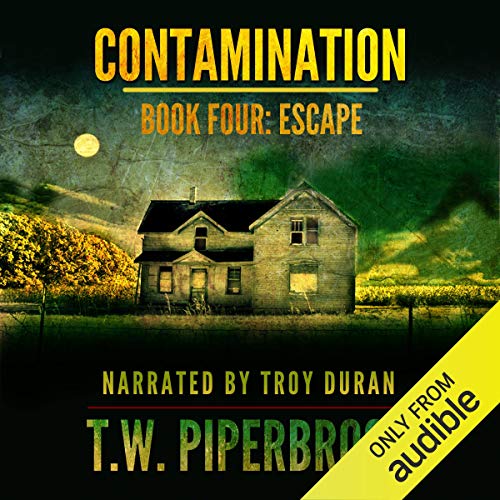 4.6 out of 5 stars
4.6 out of 5
397 global ratings
How are ratings calculated?
To calculate the overall star rating and percentage breakdown by star, we don’t use a simple average. Instead, our system considers things like how recent a review is and if the reviewer bought the item on Amazon. It also analyzes reviews to verify trustworthiness.
Top reviews

Texas Mom
3.0 out of 5 stars Great story but distracting
Reviewed in the United States on March 13, 2018
Verified Purchase
I really like the story. It’s suspenseful and definitely had me turning pages when I should’ve been going to bed. The only thing wrong with it is that I was distracted by some of the wording. In my mind I had to correct what it should’ve said. I know I am picky about grammar so it was hard for me to get over when the author was talking about getting in the truck and then sometimes he would say car when it should have been truck and a few situations like that. Some phrases were overused. If you like this set of stories, try OUTAGE. It’s fantastic.
Read more
3 people found this helpful
Helpful
Report abuse

Barbara Eschker
5.0 out of 5 stars Escape - Looking for Aunt Meredith and her Farm
Reviewed in the United States on July 17, 2014
Verified Purchase
This is an awesome book - I actually think it is one of the best he has written of the 4 Contamination books that I have read! I liked the fact that Dan has finally taught Quinn how to shoot - that really makes sense when it is just the two of you hiding from zombies and "the agents in white".
The main characters, Dan and Quinn, are still very believable. The "agents in white", not so much. The men who raid, rape and murder make more sense to the story line at this time, although I understand why he is still keeping the agents in the story. I'm sure they will keep popping up along the way.
I do not like (and never have), books that change characters in almost every chapter! I'd really get interested in what was happening, turn to the next chapter and it would have different characters and I would have to remember what had happened previously with them! At the end of book 4, Dan, Quinn, his sister-in-law Meredith and her boyfriend John have FINALLY met and I'm HOPING the author quits changing characters in every chapter. I am starting Book 5 today so we shall see.
I think these books are great and am glad there is another book for me to read. As you can tell, my complaint about characters popping up in different chapters instead of being consistently moved along in the same chapters, isn't going to keep me from reading and loving his books. They are extremely well written and I'm sure there are many readers who don't mind the characters changing with the chapters!! I can't wait to read book 5!
Read more
2 people found this helpful
Helpful
Report abuse

John
3.0 out of 5 stars Fun Read
Reviewed in the United States on January 28, 2014
Verified Purchase
"Contamination 4: Escape" takes over from where the Boxed Set 0-3 left off. Readers find Dan and his daughter trapped in the salvage yard by a new team of agents who have come to investigate the disappearance of the the other agents sent to the town earlier in the week. It is interesting how the author paints his characters into corners, making it appear impossible for them to escape, then finds inconceivable ways for them to escape. This happens several times in this book.

With nowhere else to go, Quinn suggests they head for Oklahoma to find Aunt Meredith. Dan affirms that it is a good idea and they head out. En route, they come upon hordes of zombies and different human groups, most, intent on killing them.

It seems like the virus is just beginning in Oklahoma - readers are introduced to Aunt Meredith and begin following her while the apocalypse unfolds in her small town - a deja vu to readers from Sam and Dan's experiences in earlier installments of the series (different names, places...same thoughts, same types of scenarios).

I am disappointed that there is no mention made of either Sam and his group or the aftereffect of the virus and destroyed control center as readers are left hanging at the end of the preceding installment, instead new characters are introduced into the story line. I am also perplexed to learn that this virus, which readers are led to believe is confined to the southwest states only, has spread to other states as Dan is informed on the radio by an Army Lieutenant in Ford Bragg, Georgia. How did this happen?

T.W. Piperbrook is a clever writer with a gift for story telling. However, since this is the latest book in the series, I am disappointed that he had not taken the advice of the critics of his earlier works to use a 3rd party editor prior to publishing; typos and inconsistencies continue as before. It is assumed that this series will continue and I remain anxious to see how the story progresses. Hopefully, the next installment will be more polished than its predecessors.

"Contamination 4" is still a fun and suspenseful story!

MyrnaH
4.0 out of 5 stars Good stories.
Reviewed in the United States on April 3, 2015
Verified Purchase
I have enjoyed reading the series. I care about the characters and would like to know more about them. They need more development. The events in the story lack some detail, but there is enough to understand the terror the characters face. The stories in each of the books focus on one or two characters that were introduced in the zero book and then add others as needed to develop the story. I do like that each of those first characters show up later so that we know what is happening to them. I would recommend the series to anyone who likes survivalist stories or zombie stories.
Read more
One person found this helpful
Helpful
Report abuse

Lgrnanny
5.0 out of 5 stars Escspe
Reviewed in the United States on June 29, 2017
Verified Purchase
As the title suggests its escape. You too can escape by reading g this boom. If you like suspense and becoming involved with the characters this is a must read. However you nerd to read the first three books first. Hope you enjoy.
Read more
One person found this helpful
Helpful
Report abuse

Kindle Customer
5.0 out of 5 stars Absolutely terrific reading!!!
Reviewed in the United States on August 6, 2019
Verified Purchase
Consider this book as a heart-warming horrific zombie novel. It might seem difficult to understand that concept, but once you start reading, until you finish, you'll come to understand it right away. This is the 4th in the series. Make sure you start at the beginning, as the characters are all tied in throughout. Enough reviewing, I'm dying to get started reading the next in the series!!!
Read more
Helpful
Report abuse

Kenneth C. Williams
5.0 out of 5 stars Contamination 4: Escape (Contamination Post-Apocalyptic Zombie Series)
Reviewed in the United States on January 16, 2014
Verified Purchase
T.W. Piperbrook has proven to be an accomplished author, both in developing a really good story and in character development.
He is an excellent author and I thoroughly enjoyed this book (Kindle). Therefore, I highly recommend this author and this is a great read.

In fact, I would advise author Piperbrook, that he could still provide another in this series, to firm up the finalization and relative return to a semblance of normalcy.....................Even show what happened to the other characters, wherein some find and/or save there loved ones and "others", who rightly meet a degree of justice.
Read more
5 people found this helpful
Helpful
Report abuse
See all reviews

Larius
5.0 out of 5 stars Awesome
Reviewed in the United Kingdom on October 4, 2018
Verified Purchase
As a new writer I have been looking for something that draws you, cranks up the pace, makes you feel like you are there and makes you care about the characters. So far this series is it. You can almost hear the claws scraping against the door trying to get in. Thank you T W Piperbrook.
Read more
One person found this helpful
Report abuse

ACL
5.0 out of 5 stars And it continues.....
Reviewed in the United Kingdom on March 29, 2018
Verified Purchase
Grips you by the scruff of the neck and does not let you go. I have already bought all of the books in the series. It has tension, shocks, love, fear - all the ingredients of a great story. In fact if this were a meal, it would have Michelin stars! Read it - you will know what I mean.
Read more
One person found this helpful
Report abuse

wilfred nuttall
4.0 out of 5 stars Contamination 4 Escape
Reviewed in the United Kingdom on April 19, 2019
Verified Purchase
Once again enjoyed the 4th book well written and wondered what would happen next. And look forward to book 5. I am not sure how many books I will have to read before their is a conclusion in the story of contamination. But a good series.
Read more
Report abuse

geraldine ohara
5.0 out of 5 stars Another great book
Reviewed in the United Kingdom on August 22, 2019
Verified Purchase
As I have already said even though I don’t like scary or gory books books but I read the first 3 of these which were free now I can’t put them down just love them
Read more
Report abuse

PJ Bookish
5.0 out of 5 stars Wow!
Reviewed in the United Kingdom on July 9, 2016
Verified Purchase
A real hair-raising race for Dan and Quinn.
Two stories that converge at the end made this book even more exciting as you have to wait a chapter to find out what happens next to each set of characters. I was up very late finishing this book as I couldn't bear to leave it until the morning.
Utterly thrilling as always from Mr Piperbrook and a series I would be happy to recommend.
Read more
Report abuse
See all reviews
Back to top
Get to Know Us
Make Money with Us
Amazon Payment Products
Let Us Help You
EnglishChoose a language for shopping. United StatesChoose a country/region for shopping.
© 1996-2021, Amazon.com, Inc. or its affiliates