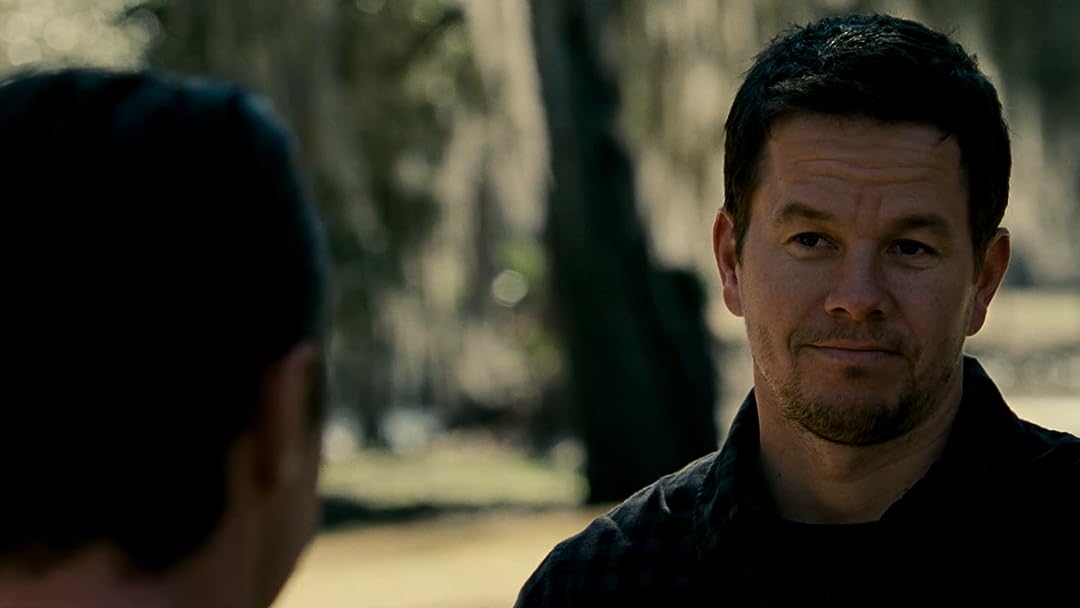 (4,036)
6.41 h 49 min2012X-RayR
To protect his brother-in-law from a drug lord, a former smuggler heads to Panama to score millions of dollars in counterfeit bills.

joel wingReviewed in the United States on November 17, 2020
3.0 out of 5 stars
Wahlberg is a man up against the odds in this crime drama
Verified purchase
Chris (Mark Wahlberg) is forced back into the smuggling game to save his brother in law Andy (Caleb Landry Jones) from a group of gangsters led by Tim (Giovanni Ribisi). Chris sets up a plan to bring in counterfeit dollars from Panama. Nothing goes right however in this classic story of a man up against the odds.

The movie does a good job constantly ratcheting up the pressure upon Chris. While he’s gone Chris’ wife constantly gets threatened by Tim. Panama is no better as the gangster he’s supposed to get the fake money from forces him into a robbery while Andy runs off to do a side job.

Of course in a story like this Chris also has to seek revenge against the people that wronged him.

That means everything pretty much plays it by the books but there is a twist at the end that highlights Chris’ skill as a smuggler that makes things not quite so routine.
C

ClarityOfMindReviewed in the United States on September 26, 2021
5.0 out of 5 stars
Unexpected excitement from beginning to end…
Verified purchase
Mark Wahlberg is a fantastic actor who truly makes you believe he is actually THE character rather than an actor… Everybody played their part incredibly well… A number of scary setbacks are dealt with and the ending is doubly amazing with incredible results… Very satisfying! A truly worthy buy.
2 people found this helpful

livforjoyReviewed in the United States on December 26, 2012
5.0 out of 5 stars
Just get it. You will NOT be sorry.
Verified purchase
Download it. Buy it. Just get it. This is Taken on steroids. Here's the thang. 1. Mark Wahlberg's character loves his wife and children. And, by extension, he loves her family and will do anything to protect them. 2. I love his I'm bad (in the best way) and I know it, don't mess with my family or else, old-school character and portrayal. Shout out to Mr. Wahlberg and the writers. 3. There's not one moment that won't keep your attention centered on the physical, psychological, emotional charges of this film. 4. If you've ever, ever chosen to do something because you were trying to save someone you love from reaping the negative consequences of their dumber than dumb decision, or if you've ever seen someone else you know who's done it, you'll get this film. 5. I love loyalty. And family loyalty is a beautiful thing -- sometimes had to live with, but at it's core -- beautiful. ALL these things and more are in the film. All the actors rock. You forget they're acting. They become the part. They are their characters.
16 people found this helpful

Truth serumReviewed in the United States on December 10, 2019
1.0 out of 5 stars
Never buy a movie based on the actors
Verified purchase
Never pick out a movie with actors you like you will always be disappointed. That is what the movies want you to do is pick out movies with actors that you liked their given so many roles they do it for the money in the movies always suck!
4 people found this helpful

Dennis ElamReviewed in the United States on January 6, 2020
3.0 out of 5 stars
Hard to View
Verified purchase
Spoiler Alert Most of the last half hour takes place at night, would someone please use a flashlight, I could not make out much of anything, had to piece the plot together myself, did not see what he did with the money till the end of the movie, geez how about some day light guys
4 people found this helpful

Mom's favoriteReviewed in the United States on August 31, 2021
2.0 out of 5 stars
Too predictable...
Verified purchase
The action is good, and the suspense is there, but this movie seems too much about making the main actor not looking short, so that's what you focus on in many of the first scenes. So, big fail out of the gate. I like Mark Wahlberg, and the supporting cast, but it seems like a movie I've seen many times before. ...just hard to like the movie as possibly it's too formulaic for me.

MARILYN S BOYERReviewed in the United States on April 2, 2022
5.0 out of 5 stars
Contraband
Verified purchase
I bought this movie after reading Wahlburg and Kate Beckansal were the stars as I've found both to be very good actors. I'm very glad I rented this movie and well worth the price. Good story line entailing a lot of different twists and turns. Highly recommend this movie.

wrenchheadReviewed in the United States on May 1, 2012
2.0 out of 5 stars
B movie advertised as high budget
Verified purchase
Right out of the gate you will notice the goofy camera work. You are not supposed to notice the camera work in a movie, its just supposed to flow. This had to be this camera crews first movie. Weird angles, obnoxious close ups, fuzzy lens filters (by the way, don't pay for the HD version, its blurry anyways due to camera effects) jerky camera movements and zooms.

Second, I noticed the language. I know its rated R and expected it to be an R rated movie, but they forced the "f" word into sentences it wouldn't naturally be in or even make sense in and got old very fast. I think producers do this as a way to make sure the movie is rated R and not pg-13 b/c R sells better. Fine, but they did a horrible job of it and was just embarrassing to listen to.

Third, the plot is basically a rehash of every other heist movie. I don't expect every movie to be original when Hollywood cranks out so many movies a year, most movies are plain remakes anyways, but this is a total ripoff. If you think you want to watch this movie, simply watch "Gone in 60 Seconds" (even has one of the same actors) and "Italian Job" back to back, add some goofy plot twist and then you have "Contraband" This movie does not have the quality of either of those but rather just the ripped off plot. It also takes two thirds of the movie for any of the action to start even start.

The only reason i gave it two stars instead of one was because of a twist a short time before the end which saved the movie. It made my feel better about wasting the money, however, still a waste. I'll be honest though, I almost didn't make it that far. The beginning of the movie sucked so bad that I almost shut it off regardless of the money I spent just to play Call of Duty, which by the way HAS A BETTER PLOT THAN THIS MOVIE.
3 people found this helpful
See all reviews
Back to top
Get to Know Us
Make Money with Us
Amazon Payment Products
Let Us Help You
EnglishChoose a language for shopping. United StatesChoose a country/region for shopping.
© 1996-2022, Amazon.com, Inc. or its affiliates