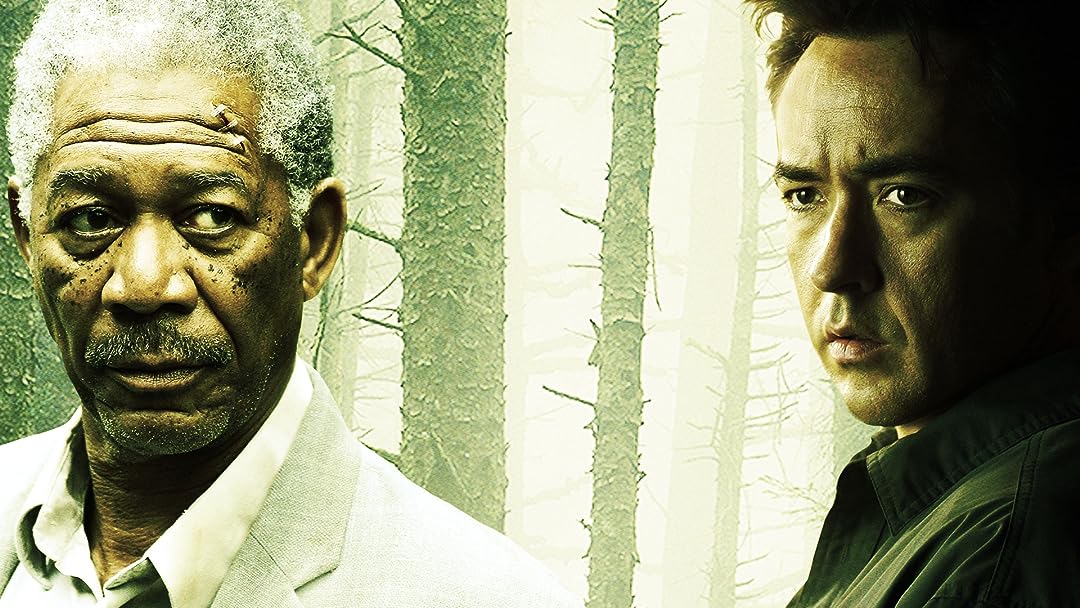 (485)
5.61 h 36 min2007X-RayR
A father and his son attempt to bring in an assassin to the authorities, but his dangerous associates have other plans.

SkylarkReviewed in the United States on September 28, 2020
1.0 out of 5 stars
Another "how'd-this-get-four-stars?" film...
Verified purchase
A word I rarely use; preposterous... Just preposterous... The plot holes and nonsensical elements are innumerable. Just a sad, sorry affair; an apparent cash-grab by the principals... If you're a cinephile take my word; it's stinkeroo!
20 people found this helpful

DroolzReviewed in the United States on October 4, 2020
1.0 out of 5 stars
4 stars????
Verified purchase
How this has a 4 star overall rating is seriously beyond me. Freeman and Cusack are actors I really like.......but not here. This is worse than most B movies I have seen. The plot is beyond ridiculous and totally not believable. The acting is soooo bad. I can't get over just how bad the acting is here. It's like they were told to specifically make it sound they were blandly reading from the script during filming. For being these black ops super badass guys they are totally inept, I'm surprised they didn't choke on their own tongue every time they took a step.

Horrid acting, horrid script, horrid plot and a complete waste of my time that I will never get back.

Please don't burn up any of your life on this one, you can't get it back. Just move on and thank me.

VinceReviewed in the United States on October 10, 2020
3.0 out of 5 stars
Don't blame the actors on this one...
Verified purchase
...or the director. Blame the writer(s). We can see plot points coming a mile away. BTW, no-one in a helicopter crash that jarring would jump out and run along. It's full of silliness like this. Had it not been for Freeman and Cusack, this would be a waste of time because there are so many other movies like this that were written by actual, talented people.
Consider this a study in acting. Maybe for a class like: "Watch how talented and seasoned actors can make a dreck film worth watching," or something like that.
9 people found this helpful

C. RuizReviewed in the United States on October 17, 2020
3.0 out of 5 stars
Average Flick - Please no more Cusack roles.
Verified purchase
Can't watch John Cusack anymore. I am reminded of the political hack he has become (as have so many in Hollywood). Give me an unknown actor as opposed to these anti-American sentiment Hollywood elitists. Putting that aside, his acting is no longer believable because he is just not that good. And there is something stale, dark and depressing about him (his persona) - the same ole black, big, baggy clothing. Cusack ruins it for me. Still like Morgan Freeman, though - great actor but only decent in this flick.
5 people found this helpful

Dyl PicklesReviewed in the United States on October 7, 2020
4.0 out of 5 stars
What an unexpected pleasure
Verified purchase
I watched this movie for the hell of it and I was not let down at all. In fact, I was kind of surprised... By the end of the movie I found myself wanting to watch the "next episode," and of course was bummed out when I realized it was an older movie.

That being said, it's got some cheese too it. I think most of that was just from the time period this movie was created in, but for the most part this is a truly polished gem. Morgan Freeman sings just as he normally does, and this movie seems to be him just playing himself (which is honestly why he's so great, his character adapts anywhere). Jon Cusack will never not look like a serial killer to me, but he plays the part of a want dad, trying to show his son the right path, pretty well.

Honestly though the plot and Morgan Freeman are what prop this movie up. Without them, I could see it being meager, but this was a fun watch!
4 people found this helpful

Movie freakReviewed in the United States on October 24, 2020
3.0 out of 5 stars
Standard civilian bumps into hitman suspense action movie
Verified purchase
Morgan Freeman is his usual self but not particularly explosive. John Cusack was better than his average self. Without those 2 names, it would be 2 stars. I would not watch this a second time. I don't hate myself for watching it once on this boring Saturday afternoon. If you need to take your mind off of things and decompress, this movie is good for that. Just don't expect your emotions to rise or your blood pressure to go up because of the suspense, or lack thereof. An uncomplicated plot and decent actors but the script and direction lack any real oomph.
2 people found this helpful

MrMustangManReviewed in the United States on September 26, 2020
2.0 out of 5 stars
terrible, boring movie....
Verified purchase
not even the big names could save this one......
5 people found this helpful

Matt EdwardsReviewed in the United States on March 8, 2021
1.0 out of 5 stars
Utterly Awful
Verified purchase
Not even Freeman and Cusack could put out this dumpster fire and why they agreed to this is beyond me. To begin, the screenplay is atrocious and the supporting cast couldn't act their way out of an incontinence commercial, not that they had anything to work with. Fight sequences: Bad. Green screen: Bad. Special effects in general: Terrible. Could this movie been shot with a single camera? Possible. Editing: non-existent. Direction: Nope. Budget: Probably not. Redeeming qualities: A gym teacher takes out a squad of assassins; yeah, right. And "The Contract"? It had nothing to do with the movie whatsoever! AWFUL!!! Get some string and play Cat's In The Cradle for a couple of hours: time better spent.
See all reviews
Back to top
Get to Know Us
Make Money with Us
Amazon Payment Products
Let Us Help You
EnglishChoose a language for shopping. United StatesChoose a country/region for shopping.
© 1996-2021, Amazon.com, Inc. or its affiliates