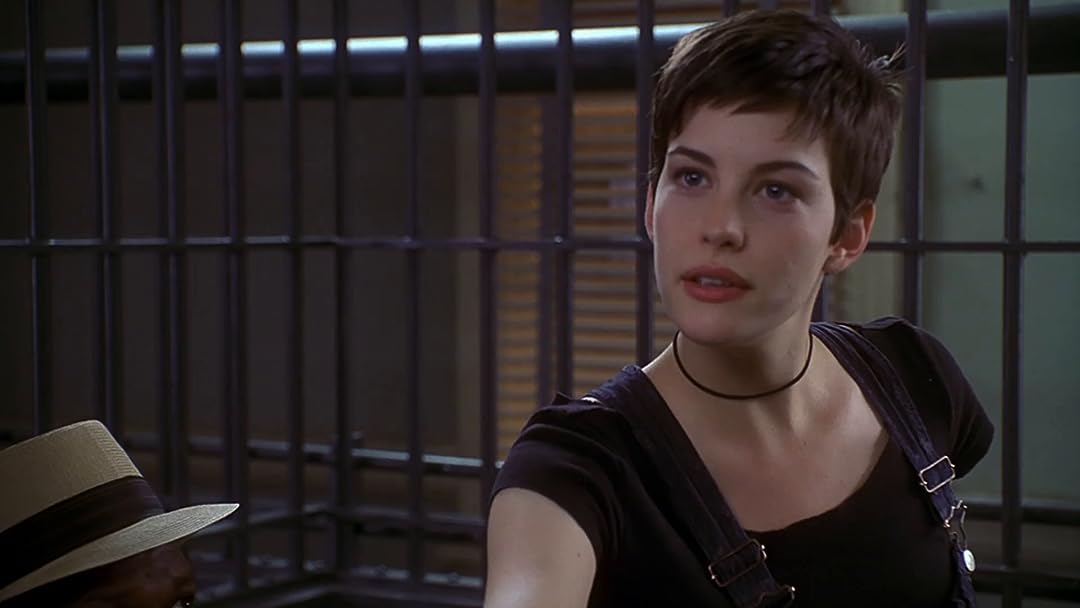 Amazon CustomerReviewed in the United States on August 27, 2019
1.0 out of 5 stars
BlueRay DVD is incompatible with US equipment
Verified purchase
Extremely disappointed. It took me a while to open the package and I discovered this DVD is not compatible with US equipment (my Panasonic BlueRay DVD Player). The languages are listed as German and English but I did not see anything in the product description that said it was coming from Germany. It is now too late to return it and I am out $19.95 AND I will not get to see this movie, which is one of my favorite Robert Altman films. The seller should have made it clear that this was not an English-language DVD and incompatible with US equipment.
5 people found this helpful

KGBReviewed in the United States on March 29, 2022
5.0 out of 5 stars
A Wonderful movie that should have been put DVD.
Verified purchase
The story is a wonder exploration of a small town’s understanding and tolerance of it’s inhabitants. One evaluator said “nothing happens”. They must mean there are no car chases, explosions or murders. Exactly right but still an engrossing story that should interest any Thinking Adult. Borrow a VHS and see if I’m right.

Amazon CustomerReviewed in the United States on December 8, 2009
5.0 out of 5 stars
Remembering 10 years ago
Verified purchase
I saw this movie in the theater 10 years ago, and not since (though I recently purchased it). What I remember is that from the very start, I was predicting turns in the movie that never happened:

1. Charles Dutton's character Willis is drunk and stumbling down the street in a small southern town and two white cops see him. I expect an immediate arrest. It doesn't happen.

2. I believe Willis steals a fifth from the liquor store so I expect an arrest. It doesn't happen.

3. Willis breaks into the kitchen of a home. I expect trouble and an arrest. It doesn't happen.

4. I expect a scene between Willis and "Miz" Cookie when she comes down from her room in her pajamas and robe. It doesn't happen. He calls her "Cookie" first of all, and she's offers to make him coffee.

5. When Willis gets arrested for Cookie's murder, I expect the sheriff to be the stereotypical pot-bellied "boy"-calling sheriff. He isn't. He doesn't even lock Willis' cell.

And the stereotypes get knocked down one after the other. Glen Close's church isn't southern Baptist. Cookie's granddaughter comes to share an unlocked cell with Willis (I believe she gets "locked up" with him).

Lots of nice surprises in this unusual flick. As you can see, I remember it most for what it turned out NOT to be than what it was. Loved it for that.

BeckyReviewed in the United States on September 27, 2015
5.0 out of 5 stars
Love this movie
Verified purchase
One of my favorite movies. Went to see this in the theater when it came out and have seen it many times since. I don't understand why it is so unknown; it has a great cast and a subtle but engagingly funny story. As someone else said, it's not about special effects or blockbuster action, just a good story that leaves you with a smile on your face and in your heart.
15 people found this helpful

R. GawlittaReviewed in the United States on July 5, 2002
5.0 out of 5 stars
Another Altman Ensemble Wins!
Verified purchase
If you don't like Robert Altman, read no further... Why do you think Altman has the respect that he has? No one today can handle an ensemble cast of pros and make each one look like a star. Who else could've gotten old-pro Patricia Neal out of retirement? If you don't like Altman, you're obviously missing something that the rest of us already know...he's smart! It's no secret that Mr. Altman hates pretense. "MASH", "The Player", "Gosford Park", "Nashville" and on & on...the man has fun poking fun at phonies. "Cookie's Fortune" is no different. Almost exclusively working with original screenplays, he can play his game and say his piece. Anne Rapp's screenplay must've put him in director heaven. Glenn Close is pretty much the centerpiece here, a woman sure of her position and unwilling to bend. She's marvelous and totally unlikeable. The great Ms. Neal is on screen, alas, too short a time. Like an older version of her Oscar-winning role in "Hud", she's tougher than nails, and wonderful. Julianne Moore ditches the glamour, appearing mostly without make-up, belying her well-known beauty. Charles S. Dutton is customarily confident and endearing, as are Liv Tyler & Chris O'Donnell (though a previous reviewer didn't think so). Altman likes using Lyle Lovett, and he's reliable here in a small role. Ned Beatty and, especially, the great Courtney B. Vance fill out the big name cast effectively. Like all Altman films, one must pay attention to the script, because, though leisurely paced, the dialogue flies by. To reiterate the plot would be senseless, but one of my favorite lines was, in reference to the crime scene, they said Close's character has "negative blood"; when Beatty is asked why he's so sure Dutton didn't do it, he, matter-of-factly says "I fish with him!". (This is almost a running gag...I love running gags). Again, I must say, Altman is wonderful when he works with dozens of people at once, because he gives each one a distinct character and motivation, not to take away from the screenwriter, though Altman is also known for improv. "Cookie's Fortune" is subtly funny and endearing; the craziness of human nature is given full reign. This film was recognized by the Independent Film Awards, but the Academy somehow overlooked it, released too early in the year. (Most of those old geezers don't think that far back...) Glenn Close was deserving of a nomination, as was Altman. Attention to detail is an Altman trait, too, and he doesn't disappoint. Check it out...but, as a previous reviewer also said, if you like fake effects and unbelievable stupid plots populated with idiot super-heroes, pass on this one. All "Cookie's Fortune" offers is a clever character-driven script, very fine acting, GREAT direction and a lot of fun.
13 people found this helpful

Amazon CustomerReviewed in the United States on December 27, 2017
1.0 out of 5 stars
Foreign subtitles
Verified purchase
Loved the movie when I saw it before. But sending this copy back because it has very distracting foreign subtitles that take up a good part of the screen. It is supposed to be for USA audience which means if there are foreign subtitles you should be able to delete them. Will keep looking for correct copy.
5 people found this helpful

L. VaughtReviewed in the United States on February 16, 2007
5.0 out of 5 stars
Thank you , Mr.Altman
Verified purchase
Dear reader,
Please see this movie.
It glows with human warmth and sympathetic humor.
It will definitely touch your heart if you will let it.
I was raised in the south and this movie makes me weep with appreciation.
...Grew up surrounded by the wise innocence, requisite tolerance and careful humor ,that strange small town eccentrics require of others.
It is touching to see how big city values and expectations are out of place in a small town where everyone knows everyone else quite well.
There is wry depiction of the role of a certain brand of Southern Protestantism as an acceptable, necessary, but rather shallow and ridiculous source of moral values.
Altman shows there is virtue in the lives of those who just live respectfully -while actually bewildered , affectionately loyal, and playful with those they find around them.
It is about my favorite movie, along with LOCAL HERO.

note:
There was a non-racist south that is seldom talked about and largely unknown to the outside.
They were not the intellectual and moral heroes
who served the underground railroad to help slaves escape.
That of course was noble and great.
There was also the texture of small rural outback communities where there was interbreeding of Native Americans and Afro-Americans with the
various Europeans. A mutual understanding , shared passages, and live- and -let- live, was more the character of this phenomena.
It is good to see an understated honoring of this historical fact.

Okay. Thanks for listening.
5 people found this helpful

RayBlahBlahReviewed in the United States on November 8, 2010
5.0 out of 5 stars
What Family Really Means
Verified purchase
I bought this to replace a VHS and now I show it to a lot of folks who would never have considered picking this off the rack of a video store. I see myself as a champion of the notion "we are all one family", flawed though I may be. This serves as a great teaching tool. Glenn Close is brilliant as she comes apart in the movie. This is also, I think, the best performance Chris O'Donnell has done to this point in his career. And, who wouldn't want Charles S. Dutton is their family.
One person found this helpful
See all reviews
Back to top
Get to Know Us
Make Money with Us
Amazon Payment Products
Let Us Help You
EnglishChoose a language for shopping. United StatesChoose a country/region for shopping.
© 1996-2022, Amazon.com, Inc. or its affiliates