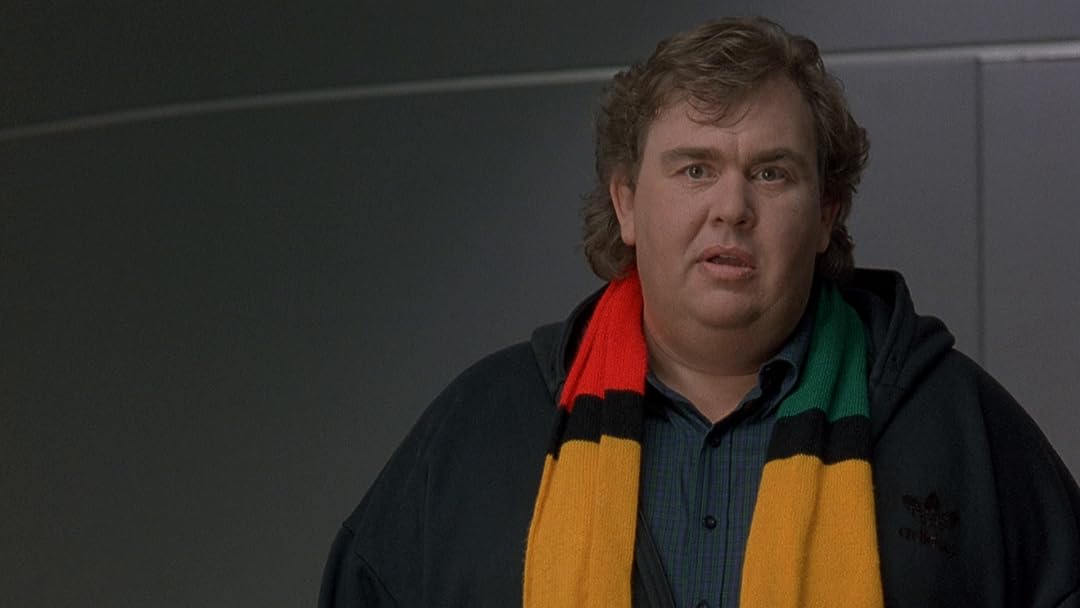 KnittypigReviewed in the United States on July 20, 2019
5.0 out of 5 stars
An all-time favorite movie, so heartwarming!!
Verified purchase
My Family and I dearly love this movie. The courage and tenacity, resiliance and good humor, the support of their people back home, made the Jamaican Bobledding Team amazing athletes. This movie is so respectful, warm, and funny. It portrays the growth of all the people involved in the endeavor to make it to the Winter Olympics. Very inspiring and heartwarming. If the world and all its troubles are getting you down, do yourself a great favor and watch this. You’ll feel much better knowing that there truly are so many wonderful people around. 5 Stars+ in my book!!
6 people found this helpful

loves booksReviewed in the United States on January 18, 2021
5.0 out of 5 stars
Great family movie
Verified purchase
We watched Cool Runnings for a our family movie, I remember watching this movie as a kid and loving it. I showed it to my family and they loved it. It is so funny, we were laughing through out the whole movie, its good wholesome entertainment that everyone in the whole family can watch. My youngest who is 8 loved the movie so much that he went and built a bobsled out of Legos and his imagination kicked in. This is one that we will watch many times.
3 people found this helpful

ForeverYOUNGReviewed in the United States on January 15, 2022
5.0 out of 5 stars
Cool Runnings
Verified purchase
Based on a true story of the Jamaican bobsledding team, this is one of John Candy's finest effort in my opinion. It's a laugh a minute and so well done. The characters are perfectly cast and the story keeps in you involved. It's a comedy with a little language in it, but I let my 11 year old grandson watch it. He loves it. If you are a John Candy fan and haven't seen this oldie but goodie - buy it now. You'll love it. I purchased this movie via stream so I don't have to store the DVD - can download to nearly any device and/or stream with wifi access anywhere. Win/win/win
One person found this helpful

Leopold the ConsumerReviewed in the United States on April 9, 2021
5.0 out of 5 stars
One of the Greatest Underdog Movies of All Time
Verified purchase
I. Love. This. Movie.

In fact, it is my third favorite movie of all time

Blurb: *all based on true events* The movie is set in Jamaica and centers on Olympic Jamaican Sprinters. However, due to injury, the plot is twisted, and these Jamaican men, with the guidance of a former bobsled coach, form a never-before seen team of Jamaican Olympic-competing bobsledders
Requirements while viewing:

-Friends (but NOT the one's who ask questions and, in turn, miss the answers to their questions within the movie)
-A piece of drywall so you can run through it with all the pent up energy and passion you are about to view

N. EllisReviewed in the United States on February 19, 2021
5.0 out of 5 stars
A heartwarming story that even Gen-Zer's will enjoy
Verified purchase
Based (very very loosely) on a real event, this is a classic under dog story, but with a bit of a surprise ending. Even our skeptical Gen-Z family members can't help but love this movie! Wish Hollywood would make decent movies like this - there's a market for uplifting movies. I just don't think Hollywood gives a darn.
One person found this helpful

Betty L. WilkinsReviewed in the United States on May 4, 2013
5.0 out of 5 stars
A Cool Story.....
Verified purchase
Yes, this was based on the true story of the Jamaican Bobsled team, the anomaly that took the Calgary Winter Olympics by surprise. As a rule, I am not fond of sports stories, but this one surprised me. A young Jamaican runner attempts to enter the Summer games but is stymied by another runner in the qualifying finals to enter when he his tripped up and left in the dust. Even though it is too late to enter into the Summer Olympics, he decides to try a winter sport, bobsledding. There are several problems, Jamaica is a Carribean Island Paradise that has never seen snow and bobsledding is almost unheard of there. No one is willing to lend a hand to help him as they are too busy laughing at the idea, but there is a way. His father knows of a former bobsledding champion living on the island who might be persuaded to coach a bobsled team--if he can find one. He winds up with a group of misfits including the runner that tripped him up. Persuading the coach isn't easy either and these are only the first of the hurdles he must pass if he is to even be in Calgary for the Games. Somehow, they manage to pull themselves together as they must literally learn everything from the ground up in a hurry as they are facing competition-and ridicule from the Champion athletes of the Ice, and the Coach, finds himself facing his past and trying to reconcile it for the sake of his team. In the end, their greatest hurdle is not to win, but to prove that they are every bit the champion athletes they hope to be.
15 people found this helpful

Opa WayneReviewed in the United States on March 7, 2021
5.0 out of 5 stars
Gold medal - so close!
Verified purchase
This is a great movie. Based on a true story, it shows how dedication, team work & passion help achieve goals & dreams even if the gold medal is out of reach. This team had to think outside the box & limitations of geography. So glad to add it to my library.
One person found this helpful

mark nelsonReviewed in the United States on December 20, 2018
5.0 out of 5 stars
"Peace be the journey"
Verified purchase
this is a must-see story of the Jamaican bobsled team. Told from the perspective of the underdog; my favorite moment (it is tough to choose) is when the young athlete asks the coach why after 2 olympic gold medals he would cheat (stripped of medals, banned from future competition) Important for parents and athletes and anyone else involved in competition. Bright, upbeat (Disney)
3 people found this helpful
See all reviews
Back to top
Get to Know Us
Make Money with Us
Amazon Payment Products
Let Us Help You
EnglishChoose a language for shopping. United StatesChoose a country/region for shopping.
© 1996-2022, Amazon.com, Inc. or its affiliates