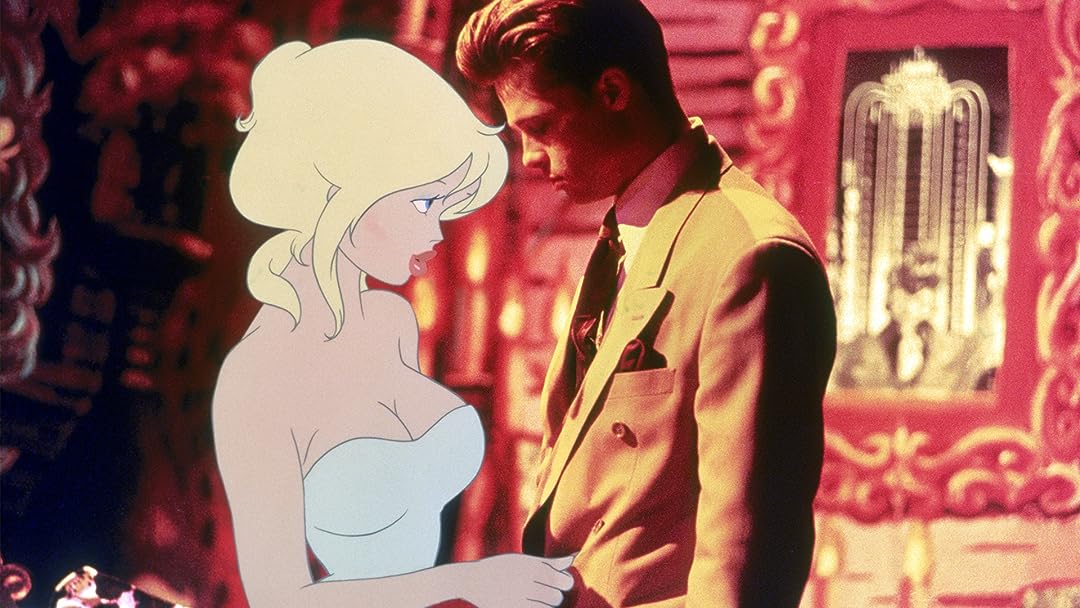 (1,441)
1 h 41 min1992X-RayPG-13
When Jack Deebs was behind bars he found escape by creating Cool World, a cartoon series featuring a vixen named Holli Would. The flesh proves weaker than ink, however, as Holli takes human form in Las Vegas.

AlexandraReviewed in the United States on July 30, 2020
1.0 out of 5 stars
Makes absolutely no sense
Verified purchase
I only watched this movie because "How Did This Get Made" (podcast) had an episode on it and curiosity got the best of me. I expected it to be awful and it REALLY was. This movie has no plot. The scenes feel totally disjointed. There are no rules to this universe, or if there are, they're contradicted immediately after being introduced. The acting feels like a high school play. How did these actors maintain careers after this?! There are multiple cut scenes of cartoons doing wacky stuff that has absolutely nothing to do with the plot. I feel like this might be fun to watch with friends just so you can all scream about how awful it is as its happening.
14 people found this helpful

joel wingReviewed in the United States on November 2, 2020
1.0 out of 5 stars
Story is bad and the animated parts don't work
Verified purchase
In 1945 Frank (Brad Pitt) gets into a motorcycle accident that causes the death of his mother and for him to get a concussion. He wakes up in Cool World, an animated universe. Then in 1992 Jack (Gabriel Byrne) who is a prisoner gets sucked into Cool World as well by Holli (Kim Bassinger) a character he’d been drawing for years while he’d been locked up. Holli wants to use him to cross over and become a real person.

There are immediate problems with the film. First, it’s not funny. There are all kinds of little animated bits that are supposed to be for comedic effect and none of them work. Second, the interactions between the live characters and cartoons aren’t really believable either. That means this is no Who Framed Roger Rabbit? It’s just a big disaster.

Aaron G. RandallReviewed in the United States on February 21, 2021
5.0 out of 5 stars
Great film and great art!
Verified purchase
Obviously there are a lot of mixed reviews here.
But, the mind that this came from is the reason it is out there. Ralph Bakshi is an awesome animator!
And though the story is weird and has a lot of weird plot holes, it is a great story anyway.
People who say there is no story must have watched it on mute. The story is easy; one dude dies (kind of) in the real world and in some freak way, crosses over to Cool World an animated universe. There is a gredy, self serving chick toon named Holli Would and badly wants to be real and in the real world to be an evil, powerful human. So, she uses a murderer artist to seduce, "do the naughty", and become real, to enter the real world.
All the extra stuff that makes no sense is just part of the universe and what came out of the mind of Bakshi lol
Give it a shot. If you don't like it, move on. Roger Rabbit is an excellent movie to watch instead
7 people found this helpful

Mark K. RempelReviewed in the United States on July 31, 2019
3.0 out of 5 stars
Chaotic mess. Praised in Encyclopedia of Fantasy but by nobody else
Verified purchase
I used to like this film, especially when it came out in 1992, but no longer. I watched the film and it is a mess. Both Brad Pitt and Kim Basinger have publicly regretted performing in this film. Seems stitched together, with bad dialogue, various artistic styles, annoying ghost overlays, with a plot ripped from a bawdy house. Illogical throughout, especially the metamorphosis of Frank Harris into a Doodle. The way that was presented just doesn't work. However, John Grant in The Encyclopedia of Fantasy praises it as a masterpiece. Go read his review.
11 people found this helpful

LippyHippie🧿🌱👽🧠🛸☔️🌿🌧🖤🥀Reviewed in the United States on December 29, 2019
5.0 out of 5 stars
My fav 🍿 Movie 🎥
Verified purchase
Honestly this movie is like roger rabbit on drugs, it’s amazing I love it! 🖤 it’s got great actors and it’s an awesome story. They just don’t make movies like this anymore.
13 people found this helpful

barbiegirlfanReviewed in the United States on March 31, 2019
5.0 out of 5 stars
Kool
Verified purchase
Really an underrated movie could have been better story wise but the art in this movie is truly cool 😎 pun intended. It’s visually a great movie and I did like basinger as holli would
13 people found this helpful

Sagebrush RacerReviewed in the United States on October 31, 2021
5.0 out of 5 stars
The danger of mixing reality with fantasy is absolute
Verified purchase
Tom and Jerry on acid, with Roger Rabbit antics involving a comic strip vamp who wants to lose her V card to become real.

Plot and acting are disjointed, established rules are broken immediately and the producer and Paramount were aiming for a Roger Rabbit but with the Director aiming for "hard R" rating and a much darker and twisted story. According to an article, the producer had the story line secretly re-written. When the director found out there was a massive argument and the producer got punched in the face.

This movie is a creative expression of the dangers of mixing reality with fantasy. And its so dark, twisted and un-organized that I believe each person who views it will walk away with their own unique take.

I recommend snacks and alcohol. Its definitely got some nonsense to wade though and you will want your social inhibitors dialed down about 3 clicks. I wouldn't recommend any mind altering substances, this film will take care of that for you.
2 people found this helpful

andrew sinselReviewed in the United States on January 17, 2019
5.0 out of 5 stars
Too good to be true
Verified purchase
Excellent years ahead of its time I've never seen anything like it this is why life is worth living all men
8 people found this helpful
See all reviews
Back to top
Get to Know Us
Make Money with Us
Amazon Payment Products
Let Us Help You
EnglishChoose a language for shopping. United StatesChoose a country/region for shopping.
© 1996-2022, Amazon.com, Inc. or its affiliates