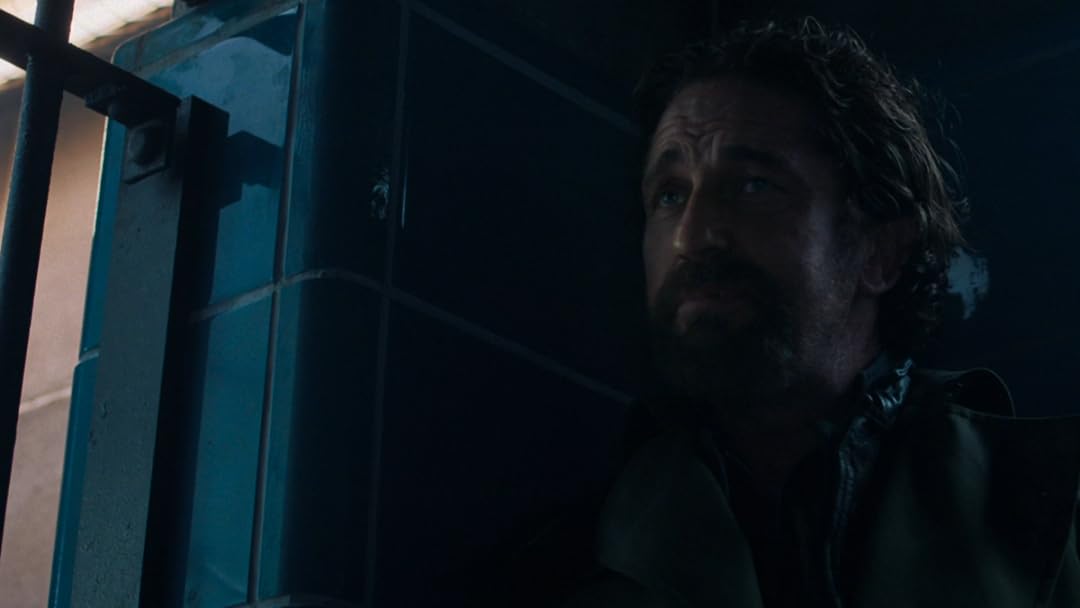 (6,849)
6.21 h 47 min2021X-RayHDRUHDR
A con artist hides out inside a small-town police station. But when a hit man turns up at the precinct, an unsuspecting rookie cop finds herself caught in the crosshairs.

David WinnieReviewed in the United States on October 17, 2021
1.0 out of 5 stars
No story line. Poor ending
Verified purchase
A lot of action but the background music is louder than the actors voice making it impossible to hear them. The storyline is crap and the ending is so lame it belongs on a sappy hallmark sympathy card. Save your money and use your time doing something better. Like trimming your nose hair or peeling gum from under a desk.
31 people found this helpful

JayceReviewed in the United States on October 29, 2021
1.0 out of 5 stars
Just terrible
Verified purchase
Probably one of of the worst movies I have seen all year long and I am a fan of Gerald Butler. Save your money and wait for it to stream for free.
28 people found this helpful

EricReviewed in the United States on October 22, 2021
1.0 out of 5 stars
Wow, and not in a good way.
Verified purchase
It was definitely one of the top two worst movies I have ever watched. The previews were the only parts of the movie worth watching. Burn your $20 in the fireplace and save yourself an hour and a half.
28 people found this helpful

GobzerReviewed in the United States on December 9, 2021
5.0 out of 5 stars
Don't miss out on this sleeper from 2021
Verified purchase
Copshop was one of the only films I saw in theaters this year and I am so glad I did. I was hoping it would get a 4K release but 1080p will do.

The film itself is very pulpy and proudly displays it's '70s inspiration from the opening title scene. Dialogue is appropriately over the top and frequently hilarious; a potent mix of dark humor and grave seriousness. The movie flows at a brisk pace but doesn't show it's hand too early - you won't see the twists coming until the moment before they happen, which is incredibly satisfying as an audience member.

The plot focuses on two men (Butler and Grillo) in a NV police lock-up after hours. Things quickly unravel and we realize their relationship is more complicated than it seems. Enter Alexis Louder, one of the cops working the night shift at the police station. Louder's character is determined to get to the bottom of things but finds herself in over her head as the plot thickens (I'm being intentionally vague on specific plot points) and the action really picks up. There are some really great moments of suspense (the film gives off strong Assault on Precinct 13 vibes) and while there isn't a lot of sustained action, the action itself is white-hot and well filmed. There are some violent scenes but Carnahan doesn't linger on the blood and gore. For example, at one point in the film, a character is riddled with bullets (spoiler alert, people die in this movie). The camera focuses on the gunman and we see blood splatter across an adjacent wall, rather than seeing the body being shot full of holes. It's more 'Die Hard' than 'John Wick' in that regard, where the severity of the violence is inferred by the viewer, rather than having it thrust in their face. The tension ramps up until the finale when things get turned up to 11 and the film goes out with a well-deserved bang.

Butler and Grillo do a great job, as does Chad Coleman, who plays the exasperated (and somewhat cliché, but in a fun way) Sgt. at the police station. However, it's Alexis Louder who completely steals the show. Her performance as a rookie officer who served in the military truly shines. Intelligent, capable, witty and beautiful, Louder is a force to be reckoned with. Much like her 90s contemporary John McClane, she's not perfect or invincible: she makes mistakes and learns from them, lending a strong sense of believability and likeability to the character. If nothing else, Louder is irrefutable proof that you can have a lead in an action film who is NOT a white male. Eschewing tired Hollywood tropes, not once in the film is she sexualized in any way, and at no point is her gender used to enforce female stereotypes. Louder is never discounted, underestimated or looked down upon because of her gender or race in this film.

Copshop is easily one of my favorite films of 2021 (it ranks up there with Bond and Dune for me) and I highly recommend picking up this Blu-Ray. I was surprised at how many low reviews this film had on here but after reading some of them, it became clear why... Obviously, film is extremely subjective and in this day and age it's so easy to watch movies that nearly everyone can do it and everyone has an opinion about them. We're inundated with a deluge of formulaic superhero flicks and boilerplate straight to VOD action movies, both of which are desensitizing our already dwindling attention spans and subconsciously conditioning us to expect the same thing over and over. Where was I going with this.... TLDR: don't buy into the negative reviews; not everyone understands film and people love to complain about stuff.

AnaReviewed in the United States on November 22, 2021
1.0 out of 5 stars
Ridiculous, corny, lazy writing
Verified purchase
This is one of the worst movies I’ve ever seen. They try and make Officer Young a hero, but she’s way over the top. She says the same stupid lines over and over.
95% of the movie is at the police station and seems low budget. The background music was louder than the people talking, so it sounded like everyone was mumbling. The scenes outside the station at night looked like they were filmed during the day and they stuck a cheap instagram filter over it.
No one is like able. There is no plot. They are waving Butler at us like a shinny object so we don’t see the $20 punch in the nuts.
19 people found this helpful

Faith WarrenReviewed in the United States on October 16, 2021
1.0 out of 5 stars
Not that great
Verified purchase
wasn't worth $20
18 people found this helpful

Anthony BelloReviewed in the United States on November 30, 2021
4.0 out of 5 stars
Surprisingly Good!
Verified purchase
Because of slower production f content due to the pandemic? We found ourselves desperate to watch pretty much anything, & this was one of those movies. Which, was surprisingly Good! There was plenty of action, dark comedy, & great acting going on here. If you’re into any of those three? I’ll suggest you check this film out. Was never a huge fan of Frank The Cricket, but he is starting to win me over the more I watch him!
11 people found this helpful
See all reviews
Back to top
Get to Know Us
Make Money with Us
Amazon Payment Products
Let Us Help You
EnglishChoose a language for shopping. United StatesChoose a country/region for shopping.
© 1996-2022, Amazon.com, Inc. or its affiliates