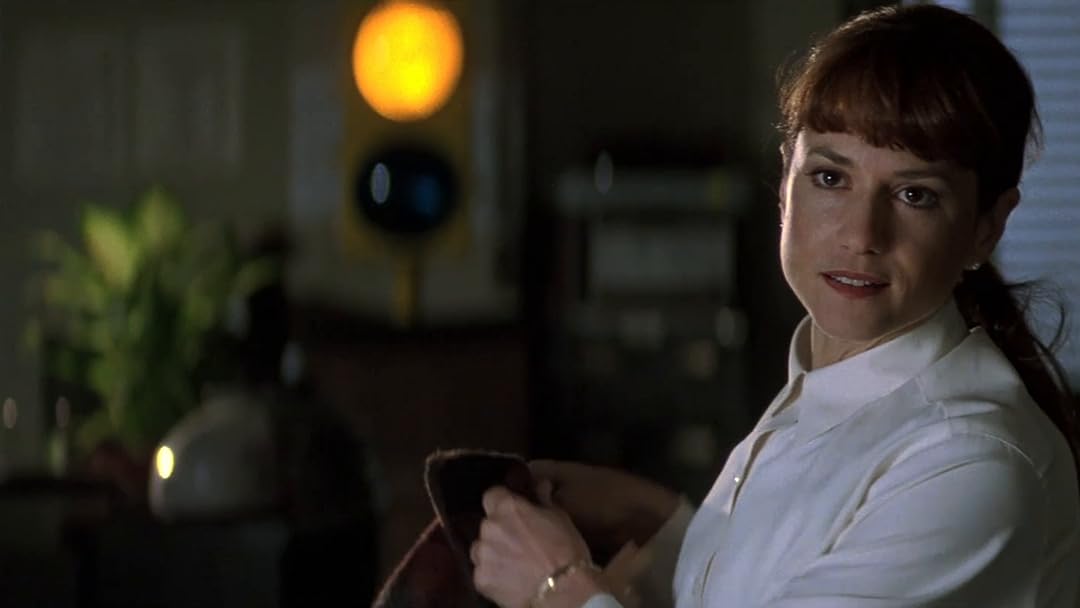 (2,212)
2 h 3 min1995X-Ray18+
An agoraphobic psychologist and a female detective must work together to take down a serial killer who copies serial killers from the past.

Leaves AMC + in 26 hoursRentals include 30 days to start watching this video and 48 hours to finish once started.

joel wingReviewed in the United States on January 29, 2021
2.0 out of 5 stars
Weaver & Hunter give good performances but movie is really predictable
Verified purchase
Sigourney Weaver is a criminal psychologist who was attacked by a serial killer she was investigating which forever traumatized her and made her a recluse inside her apartment. She’s brought out of her shell by a serial killer in San Francisco being investigated by detectives played by Holly Hunter and Dermot Mulroney.

The movie doesn’t have a good start as it opens with the attack on Weaver which seemed really contrived. It settles down when it switches to the new case with Hunter and Mulroney.

Weaver and Hunter make a good dynamic duo working the case. Both are very smart and intuitive. Weaver also does a good job playing the vulnerable part after what happened with her. There’s a predictable confrontation and end to the story which makes me wonder if this movie was that worthwhile. Sure Weaver and Hunter do their job well but as for the actual story it was just okay.

Tom S.Reviewed in the United States on June 14, 2013
4.0 out of 5 stars
A Good, Solid Thriller
Verified purchase
I love thrillers, and I somehow managed to miss COPYCAT until now. I can't join the reviewers who carry on about it as if it were the greatest thriller ever (it isn't), but I enjoyed it. Sigourney Weaver and Holly Hunter are an interesting combination, and it's always nice to see not 1 but 2 strong females in one story, especially this kind of story. But the plot is rather routine, and the characters (nervous woman psychologist, tough woman cop, sensitive male cop, mother-fixated loony, wisecracking gay assistant, disgusting incarcerated serial killer who offers to help find the new killer) all seem to have come from Central Casting. They're all "types" rather than 3-dimensional human beings. Other than their actions in this story, we never learn a single thing about any of them. Do they have families? Friends? Other interests beside their jobs? Political or religious beliefs? Plans for the future? We never learn any of this, only what they're doing right now, in this moment. Where they came from and what will happen to them after the final credits roll is a mystery.

Still, it's very entertaining. The most interesting aspect is the direction of Jon Amiel--he piles on the style, making everything look dark and dank, even the "normal" places (Sigourney Weaver's well-appointed waterfront home looks positively sinister). There's never enough lighting in any scene, and that's obviously deliberate--it makes you feel nervous even when nothing horrible is happening. Amiel took a standard "serial-on-the-loose" tale and made it look and sound a lot better than it probably is, and the cast is excellent (a particular shout-out to Harry Connick, Jr., who's downright creepy). Lots of stylish touches, lots of thrilling sequences, and a satisfying conclusion add up to a good. solid--but not very profound--popcorn movie.

Leslie BenkerReviewed in the United States on December 30, 2021
5.0 out of 5 stars
Great movie
Verified purchase
I know this is an older movie but it's still one of my favorites I love Sigourney Weaver lot of action love Holly Hunter in the park she plays it's just a good movie I recommend it to anyone that likes action and a good backstory
2 people found this helpful

David LarsonReviewed in the United States on May 3, 2021
3.0 out of 5 stars
Subtitles must be turned off
Verified purchase
This review is not about the movie, it's very well done and a must see, however I gave this dvd a score of 3 stars ONLY because the movie has english subtitles turned on by default. You must use the buttons on your dvd remote to turn them off at the start of the movie. With the hundreds of dvd movies I've bought I've never see this before. In comparing the dvd amazon descriptions I see a hint to this in the line below:
"Media Format : Multiple Formats, Color, Dolby, NTSC, Subtitled, Widescreen"

Shambala Reviewed in the United States on March 2, 2021
5.0 out of 5 stars
Holly Hunter is phenomenal as a totally different character.
Verified purchase
Holly Hunter is one of my favorite actors. I don’t think that I have ever known any other woman as she is in anything that she has starred in as usually the lead character of anything else she is known for her own work with her several different characters that share her soul. Another one to be sure to see.
One person found this helpful

Rebecca P.Reviewed in the United States on December 8, 2012
4.0 out of 5 stars
How did I not know about this movie?
Verified purchase
I love movies touching on or including any of the following: Sigourney Weaver, serial killers, police procedurals, psychological drama and turmoil, unexpected major character deaths, and innovation re: traditional film noir/mysteries. It's a bonus when the movie doesn't feel compelled to toss in a gratuitous romantic scene or two -- and a major bonus if I learn something interesting from the movie. All of the above apply here.

This movie isn't brilliant, but it is totally enjoyable. I'm surprised I'd never heard of it and grateful Amazon Instant suggested it to me. It's very interesting, at the very least, and it stays away from most or many of the traditional pitfalls and cliches that mysteries and procedurals slash serial killer movies shamelessly rely on again and again.
One person found this helpful

James H. MarinoReviewed in the United States on July 30, 2021
5.0 out of 5 stars
Great acting and plot
Verified purchase
Great plot with strong performances from Weaver and Hunter, as always. The tension and mystery could have been better built and developed as they show the serial killer and his MO right out of the gate. Still highly recommended for the true murder/killer fan.
One person found this helpful

romantic fuelReviewed in the United States on December 9, 2011
4.0 out of 5 stars
Not sure what makes this movie so appealing
Verified purchase
This is one of those movies that I watch several times a year. There's not one specific thing I can point to as my reason for liking the movie so much, it's a combination of little things. The plot is original; the killer is a copycat killer who copcats a variety of other serial killers. I am a huge fan of Holly Hunter and she does not disappoint in this movie. Sigourney Weaver manages to portray a woman who is both strong and fragile. Harry Connick Jr., though playing a serial killer, is one of my favorite characters. He makes the most of his role and manages to stand out in the movie.
I could have done without the back story of Hunter and her ex- lover/ ex- partner but all in all it's a pretty good movie.
5 people found this helpful
See all reviews
Back to top
Get to Know Us
Make Money with Us
Amazon Payment Products
Let Us Help You
EnglishChoose a language for shopping. United StatesChoose a country/region for shopping.
© 1996-2022, Amazon.com, Inc. or its affiliates