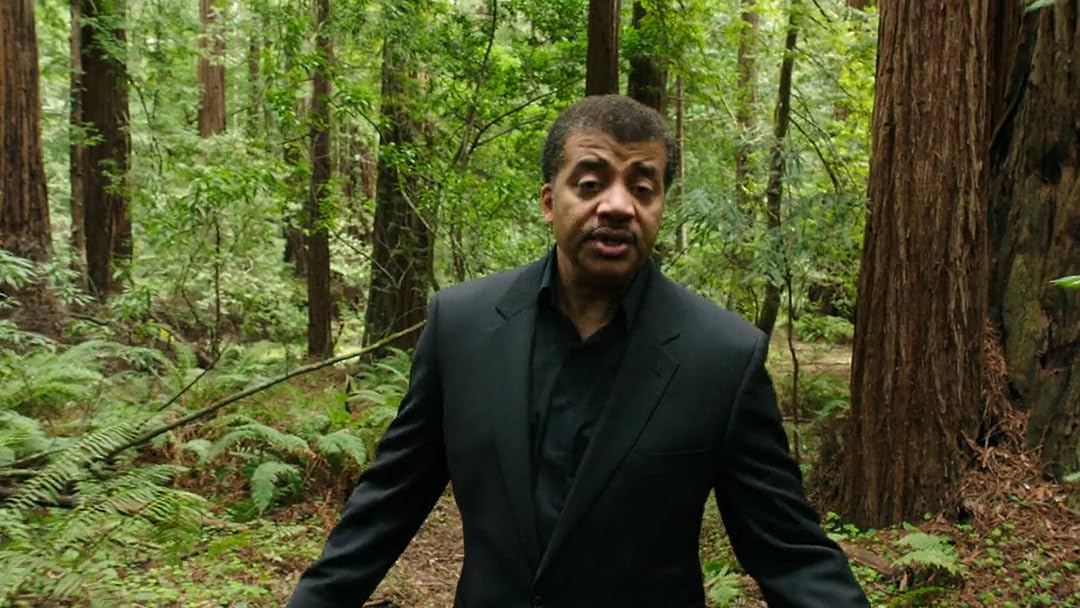 Season 1
(2,113)
9.32014NR
A 13-part adventure across the universe of space and time, COSMOS: A SPACETIME ODYSSEY airs Sundays at 9/8c on FOX and Mondays at 9/8c on the National Geographic Channel.

NksReviewed in the United States on May 6, 2019
5.0 out of 5 stars
Love this show.
Verified purchase
My family loves watching this.

I originally started watching this at night while putting my son to sleep. I wanted something that he would be not interested in watching so that he would fall asleep, but interesting enough so that I can stay awake for a bit.

ks227Reviewed in the United States on March 24, 2014
4.0 out of 5 stars
Stellar show, not fond of the ads
Verified purchase
We recently cut the cable cord (instead we are streaming or watching over the air broadcast TV) and this is one of the handful of shows that I planned to purchase to stream via Amazon. My husband was in agreement when he heard that Seth McFarlane (of Family guy fame) is an executive producer.

This show is stellar - no pun intended! The graphics, computer-generated and live action, are outstanding. Neil deGrasse Tyson is an excellent narrator and his demeanor and speaking style is definitely in keeping with his experience as a physicist and science communicator. This version of Cosmos makes science more easily understood and more relatable to the layperson. As a mechanical engineer I'm naturally pretty math- and science-oriented, but I'm learning plenty from Cosmos. Our 3.5 year old has watched parts of both episodes broadcast so far.

If you're a determined young earth creationist, this is not the show for you - but why would someone of that philosophical bent be watching anyways?

My only disappointment is in the ads for Fox at the beginning and end of the episode. I'm OK with ads on shows that are offered via Prime streaming, but Amazon, I do take issue with being subjected to commercials when I'm paying close to $3 per episode. This will not cause us to cancel our season pass but is a definite annoyance.
51 people found this helpful

yancie powersReviewed in the United States on February 7, 2020
5.0 out of 5 stars
Easy to watch, if your interested
Verified purchase
I love Neil Degrasse Tyson! Well I never meet him , so that’s not the complete truth:) but I do at least love his knowledge of the physical world and his knowledge of the “theoretical” physical world, listen to him and start to learn to discern between opinion and what is currently know to be fact..well possibly proven fact and potential facts as they present themselves under current scientific scrutiny:) I do love the beautifully unabashed nature of true science..your right till someones perceptive reinterpretation of your work and or new technologies proves you wrong..or right..or bothish..or it could take time to prove you fully wrong..or just partially..or mostly right..maybe even completely right..maybe you were right..time will tell as we learn more..you know...through scientific methods..not opinions, opinions are like..well..we all have them but they mostly stink and have little to do about getting to the truth

Henning KoczyReviewed in the United States on March 12, 2014
4.0 out of 5 stars
Remove ads plz
Verified purchase
Man, this looks great... I miss Carl of course, and the poetry and gravitas he would bring, but NDgT is the only other person who could have done this. So I'm very happy with the show.
But please remove the FOX ads. I've just been roaming the Cosmos and meditating on my place within it. I want to stay in that place, not hear what other crap FOX thinks I'd like... In fact I'd like to forget, as much as possible, that I'm watching fox... god I can't imagine how this plays on network, with the commercial breaks. Gross.
The long and short of it, I came here and paid specifically NOT to be advertised to. And they did it anyway. Stop.
296 people found this helpful

UbaiReviewed in the United States on March 10, 2014
4.0 out of 5 stars
FOX needs to remove their ads from this show
Verified purchase
The first episode of Cosmos was great! Unfortunately, i won't be buying anymore episodes until FOX removes their stupid ads from the episodes. I buy my TV shows online to avoid commercials, so I'm not going to pay $2 an episode and be forced to watch commercials anyway. Hopefully FOX will limit their greed in the future.
588 people found this helpful

Kindle CustomerReviewed in the United States on April 7, 2014
5.0 out of 5 stars
Excellent Show and I say leave the ads in
Verified purchase
The show is fantastic. Truly. Wonderful. I love that they don't pull any punches in laying out the case for evolution while leaving the door open for better explanations as long as they meet the real test of scientific method.

As for the ads; sure, I hate being forced to watch them. I also feel like my brain is being sucked out of my body every time I have to watch one.

However, the reality is that we (we = people who truly love science and are terrified at the rise of ignorance in society) desperately need the corporate zombies to see profit in these hyar hills. I paid for the season even though I can get the exact same thing for free elsewhere because I want to make sure this show not only succeeds in educating people but also in spurring other networks to produce their own truly excellent science shows. It is critical that Cosmos not only succeeds but also paves the way to competing shows. The ads suck - but if that's what it takes then I'm fine with them.
11 people found this helpful

ConstantinopleReviewed in the United States on June 15, 2014
5.0 out of 5 stars
A great update to the classic
Verified purchase
This series covers a wide range of topics, moving forward through the history of science, and pointing out many less-well known sights along the way. Each episode covers a broad subject, which is addressed from a number of different perspectives, and each perspective comes around multiple times through the series. This leads to a somewhat fragmented feel if you're really interested in one thread, like the mass extinctions, but the series as a whole flows very well. This take on Cosmos definitely seems aimed at a younger audience than the previous iteration, but it presents such a wide swath of history that it stays interesting throughout. I found the animation portions to be the most interesting - vividly animating historical figures and discoveries, giving context and depth.
There is a secular bent - it is not aggressive and usually comes across as a statement of fact rather than an attack. Additionally, the role of women is paid special attention to, highlighting the contributions of female scientists throughout history.
I enjoyed the series immensely, and while it may be slightly simplified compared to the original it is still a thought provoking outline of how we got where we are now, how the events of history have shaped science, and how science has changed the way we view the world.

John A. LoGiudiceReviewed in the United States on May 4, 2014
4.0 out of 5 stars
Well done, but a bit heavy on the preaching and not so much on the science.
Verified purchase
The reboot of Sagan's classic Cosmos series was very well pulled off, with its message of humanity's common ties with everything in the universe and its call for rationality over superstition. But where the original tied this message into the narrative with a subtle, well crafted plea, MacFarlane's reboot is heavy handed and clunky in presenting this message, to the point where the viewer could feel their intelligence as being slightly insulted, especially if one dares to differ with the opinions presented (or questions the often biased slant on history). Also the use of "Star Treky" special effects will make the viewer wonder if the modern day producers feel the need to needlessly add "glitter" to a program generally aimed at an audience that doesn't need the fluff to stay focused. The series is still well done, and DeGrasse Tyson is an excellent presenter and scientist in his own right - who's personal ties to the late Dr. Sagan adds to the nostalgia that many viewers will feel watching this. I would highly recommend this to adults who strive to learn more and to children who you have found looking up at the stars with wonder - but sadly, don't expect rocket science. If I could tell the producers anything it would be, "Nice job and nice tribute to Dr. Sagan, but lay off the cartoons and lens flair."
One person found this helpful
See all reviews
Back to top
Get to Know Us
Make Money with Us
Amazon Payment Products
Let Us Help You
EnglishChoose a language for shopping. United StatesChoose a country/region for shopping.
© 1996-2021, Amazon.com, Inc. or its affiliates