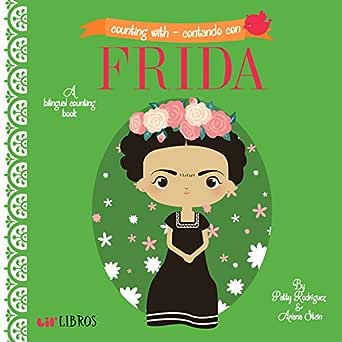 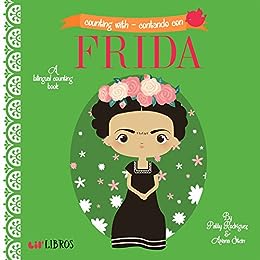 Patty Rodriguez is the co-founder of Lil’ Libros, a publisher of bilingual children’s books and co-author of more than 15 books celebrating the Latino-American experience in this country. Her work has been featured in the New York Times, Washington Post, Time, and Rolling Stone magazine. She’s received numerous awards for her commitment in elevating Latino-American voices, including LA Times’ Cultural Influencer Award. You can also listen to Patty every morning in Los Angeles on the On Air with Ryan Seacrest nationally syndicated radio show. She lives in Los Angeles, California, with her two boys, Alexander and Oliver. Visit her on Instagram @pattyrodriguez.

Ariana Stein is the co-founder of Lil’ Libros, a Los Angeles-based publisher that celebrates bilingualism and Latin American culture. Since 2014, she has co-authored a variety of first concept children’s books. Recognizing the bilingual gap and diversity void in children’s literature, she became passionate for bilingual education and multicultural books. In 2016, she left her corporate job to focus on Lil’ Libros. She has been featured in the Los Angeles Times, Forbes, CNN, KTLA, and more. When she’s not working, you can find her frequenting her local favorite seafood and taco spots, reading, running, and having in-home jiu-jitsu competitions with her son, Ethan, and husband, Nick. You can find her on Instagram @ariana_stein.

Citlali Reyes, born and raised in Mexico, loved to doodle as a child. It was after studying architecture that she was drawn toward the enchanting world of illustration and chose to become an illustrator full-time. Citlali enjoys telling stories through pictures, and her work is strongly influenced by the culture and vibrant colors of her country. She has partnered with Lil’ Libros to illustrate more than 15 popular bilingual picture books for children in their board book collection.

--This text refers to the board_book edition.

Introduce babies and toddlers to numbers in English and Spanish ― and to one of Mexico's groundbreaking artists! In this clever counting book, each number reflects something relating to the story of Frida Kahlo, beginning with "one blue house / una casa azul," and the illustrations draw on Kahlo's style and famous works. With vibrant colors and simple text perfect for little readers, this is sure to be a favorite counting book! The Lil' Libros bilingual board book series also includes biographies of Celia Cruz and Selena. (A Mighty Girl 2019-11-04) --This text refers to the board_book edition.

4.8 out of 5 stars
4.8 out of 5
390 customer ratings
How does Amazon calculate star ratings?
Amazon calculates a product’s star ratings based on a machine learned model instead of a raw data average. The model takes into account factors including the age of a rating, whether the ratings are from verified purchasers, and factors that establish reviewer trustworthiness.

Jaime_Ranay
5.0 out of 5 stars Adorable!
Reviewed in the United States on August 3, 2018
Verified Purchase
I love the idea of starting a new language as early as possible, and being in San Diego - learning spanish is a must! This little book is not only sturdy and well made, but the designs and content are seriously adorable. It's simple enough that a child would easily learn from it, but also detailed enough to be a good lesson in language. Plus - it's a cartoon Frida, I mean come on!!!
Read more
6 people found this helpful
Helpful
Comment Report abuse

This Mami Life
5.0 out of 5 stars Loved this book!
Reviewed in the United States on December 7, 2016
Verified Purchase
So cute! I loved it! My son does too!
Read more

zeldakmw
5.0 out of 5 stars Wrapped with loving care...
Reviewed in the United States on July 17, 2017
Verified Purchase
This unique little book came to me lovingly wrapped in orange tissue paper with a Yogaso Logo sticker and a personally written "Thank you!" from the seller. Love Frida, and will try to pass her story along to my grand daughter. Love this series of informative books with a bit of bio thrown in to make it interesting for children and adults alike. Kudos Yogaso!
Read more
6 people found this helpful
Helpful
Comment Report abuse

Amazon Customer
3.0 out of 5 stars Good for Counting, Just Okay for Culture
Reviewed in the United States on February 12, 2019
Verified Purchase
I bought this book to read to my 1 year old, since I am a native Spanish speaker and I am teaching my son Spanish as well. I expected more about Frida in the book, but it only includes information about her until about #5, and then it becomes very generic. It counts clouds, leaves on trees, ten toes, all of which can be applied to anyone, not just Frida. It's a fine book to learn numbers, but I wouldn't pay $10 just for that.
Read more
3 people found this helpful
Helpful
Comment Report abuse

Angie
5.0 out of 5 stars A must have
Reviewed in the United States on December 18, 2019
Verified Purchase
This has become my daughter's favorite thing in the world. She is 10 months now. She loves and will sit down for a decent period of time to "read" this book. She loves to chew on it too. Her favorite page is the "portraits". If she is getting into something she shouldn't, all I have to do is open the book and she will stop what she is doing, and crawl to the book with a huge grin. It keeps her entertained and it's great at teaching her new words in Spanish. It's a board book and I purchased it so that it could be chucked, thrown, and chewed on for this little girl. It has held well, with the exception of ripping on the cover, but that is from a persistent teething baby who will chew on anything! I think the colors are engaging for little ones during this developing time. Great job! I cant wait to purchase more of the Lil Libros books.
Read more
Helpful
Comment Report abuse

jsoul6208Top Contributor: Watercolor Painting
5.0 out of 5 stars Lovely little book!
Reviewed in the United States on August 29, 2016
Verified Purchase
I bought this as a gift for a two year old. Each page features a number and objects to count (such as "dos flores/two flowers"). The pages are bold, colorful, and exciting. This is a great way to introduce little ones to Frida, art, and another culture/language!
Read more
7 people found this helpful
Helpful
Comment Report abuse

MS
5.0 out of 5 stars FRIDA!!! It's a must!
Reviewed in the United States on January 30, 2018
Verified Purchase
Buy it! I adore this woman and this is a great introduction to her. The pictures are precious and it spells out her life in small ways.

I gave it to my niece who I hope can one day embody the fearlessness and independence of the woman we call FRIDA!!!
Read more
5 people found this helpful
Helpful
Comment Report abuse

ETop Contributor: Photography
5.0 out of 5 stars Great book, my 14mo enjoys
Reviewed in the United States on December 3, 2018
Verified Purchase
My 14mo boy likes it. The quality of paper and print are really nice, I would say better than average for board books. I get to teach them the numbers in either language, count with him and talk to him about other cultural things like the Casa Azul, etc. He pays a lot of attention because the graphics and the colors are very attractive. I also have the Cantinflas one from the same publisher and they're both very nice.
Read more
One person found this helpful
Helpful
Comment Report abuse
See all reviews from the United States

shoppoholic
1.0 out of 5 stars One Star
Reviewed in the United Kingdom on May 8, 2018
Verified Purchase
No story at all! Shame!
Read more
Helpful
Sending feedback...
Thank you for your feedback.
Sorry, we failed to record your vote. Please try again
Report abuse