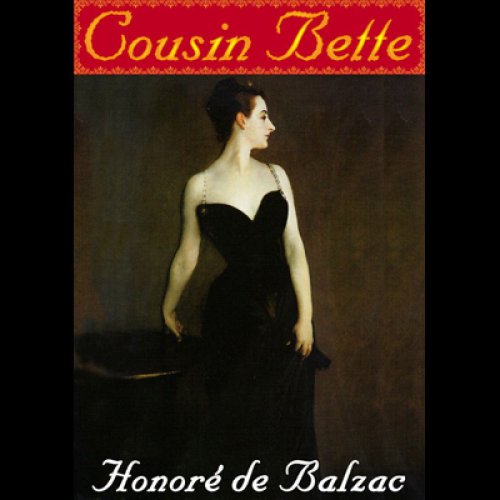 List Price: $27.97
You Save: $12.02 (43%)
By completing your purchase, you agree to Audible’s Conditions Of Use
Sold and delivered by Audible, an Amazon company
Share

4.2 out of 5 stars
4.2 out of 5
89 global ratings
How are ratings calculated?
To calculate the overall star rating and percentage breakdown by star, we don’t use a simple average. Instead, our system considers things like how recent a review is and if the reviewer bought the item on Amazon. It also analyzes reviews to verify trustworthiness.
Top reviews

Con Harrigan Emmons
4.0 out of 5 stars "I am not deep but I am thick."
Reviewed in the United States on May 18, 2015
Verified Purchase
Thus spake Honore. This one's thick with characters, plots, both high and low, as well as patches of bad prose worse than Dostoevsky and Melville. But as with them one may deplore parts while revering the whole. Novel features the sublime yet terrifying Bette, the charming yet hedonistic Baron Hulot, the courtesan Valerie Marneffe, the artist Wenceslas Steinbock, many others plus hitchcockian visits by Rastignac and Vautrin from PERE GORIOT.

“I have learned more from Balzac than from all the professional historians, economists, and statisticians put together.”
Friedrich Engels

“To open up what society and the novel of manners repress, to stage a kind of explosive upthrust of that which is ordinarily kept down, under control, is Balzac’s delight and his passion. He asks to be read in a spirit of adventure and daring.”
Peter Brooks

"COUSIN BETTE portrays a world in which almost everyone will do anything to anyone if sex and money are at stake, a milieu in which sex is routinely traded for money, in which friendships and alliances are forged to advance the most immoral motives, and in which only fools and martyrs are deluded enough to follow the outmoded promptings of honor, loyalty, and conscience."
Francine Prose
Read more
9 people found this helpful
Helpful
Report abuse

Joszef Ruiz
5.0 out of 5 stars Yet more praise for Balzac
Reviewed in the United States on February 8, 2011
Verified Purchase
One of the best prose writers I've had the pleasure of reading. Some literary giant said that he had learned more from Balzac's works than all the Philosophers, poets, psychologists combined. Having read four from Balzac I can see why. The novels don't have much 'action' going on, but a keen observation of the motives, emotions, characters and the like that give rise to the actions of the characters. One can learn a lot about the hidden nature of the human condition by reading Balzac. And perhaps see oneself reflected back to oneself. That to me is worth the time. The books of course are interesting and entertaining also in the way the words flow and explain the physical world Balzac's characters inhabit. Balzac will show you the difference between Literature and fiction. Well worth the time....and with all there is to read and do these days, that counts for a lot.
Well, I certainly think so anyway.
Read more
17 people found this helpful
Helpful
Report abuse

H. Curtler
4.0 out of 5 stars Strong Stuff
Reviewed in the United States on October 15, 2009
Verified Purchase
Cousin Bette is not one of Balzac's best, but it is very good. The author says it is a companion piece to Cousin Pons, which is a better novel in my view. But both books pale in comparison to Lost Illusions, which I regard as Balzac's best novel -- just ahead of Peré Goriot. The man can truly write and his view of the human comedy is always instructive. He sees the greed and self-absorption that lies at the heart of modern society and is brutally honest. Balzac characterizes himself as a historian rather than a "writer" in the loose sense. He is that. His novels cut to the heart and tear away pretense. They are, indeed, strong stuff.
This edition of the novel is not of the best. It is large and hard to hold! I would buy the penguin edition next time -- which is also a better translation.
Read more
7 people found this helpful
Helpful
Report abuse

Ancora Imparo
3.0 out of 5 stars A 19th century soap opera
Reviewed in the United States on November 28, 2018
Verified Purchase
Melodramatic, over the top, Cousin Bette is candy and it reads like a 19th century soap opera. The terrible Bette was apparently modeled after Balzac’s own mother - ouch!
Read more
2 people found this helpful
Helpful
Report abuse

anonymous2
3.0 out of 5 stars A little too complicated
Reviewed in the United States on September 4, 2012
Verified Purchase
Having read and enjoyed Eugenie Grandet and Old Goriot, I was anxious to read Cousin Bette. Overall, I did enjoy it but there were aspects that I did not find believable such as Baron Hulot and Crevel, one an accomplished government man and the other a sharp, wealthy businessman, falling so blindingly in love with Madame Marneffe,the slut of the story, almost at first sight and to the extent that they completely ignored every clue that she was cheating on both of them with yet another (Baron Hulot's son-in-law) while being married to yet another. Also, I wonder if Parisian women of the time were really as accepting of their husbands having mistresses as was Adeline. It seemed to me that the story would have been just as good if there had been one or two fewer romantic involvements and it certainly would have been easier to follow. As for the title of the book, Lisbeth Fischer (Cousin Bette) is not the main character by any means; neither was Eugenie in Eugenie Grandet.
Read more
3 people found this helpful
Helpful
Report abuse

Mrs S Morland
4.0 out of 5 stars Recommend Balzac books.
Reviewed in the United Kingdom on January 10, 2018
Verified Purchase
I read it in the 70's for my Baccalaureate and felt like reading it again when trying to choose something for our book club. This will be on Thursday so I don't know what our choice will be until then. Many thanks though..
Read more
Report abuse

M. Dowling
4.0 out of 5 stars Back to Balzac
Reviewed in the United Kingdom on May 10, 2014
Verified Purchase
It's been over 25 years since I last read Balzac, so I was intrigued to come across this novel. The relationships are wonderfully depicted and the good and flawed natures of each of the characters come across really well. As a reader, I found myself engaging with the people - liking them, disliking them, but surprisingly forming strong opinions about them. The storyline is good and it is not difficult to pick up and want to continue to the final page. Read it.
Read more
2 people found this helpful
Report abuse

KimMackenzyAndrews
3.0 out of 5 stars Period drama
Reviewed in the United Kingdom on June 29, 2019
Verified Purchase
Intriguing and complex relationships make this a fascinating story. Hard to follow at times, especially when characters are known by more than one name.
Read more
Report abuse

Didier
5.0 out of 5 stars Vengeance personified
Reviewed in the United Kingdom on May 24, 2010
Verified Purchase
An astounding, even disturbing book! Since I recently read  Old Goriot (Classics)  and afterwards  The Wild Ass's Skin: (La Peau de Chagrin) (Classics)  I've become something of a Balzac-addict (not a Balzac-expert, I wouldn't dream of claiming that) and so it was with eager anticipation and high hopes that I began 'Cousin Bette'. Let me immediately state for the record that I wasn't disappointed in the least.

Using a relatively small cast of (main) characters, Balzac succeeds in depicting a whole host of passions and emotions, most of them the kind we like to attribute to others but are hesitant to acknowledge in ourselves, such as treachery, envy, jealousy, even hatred. The story in itself is simple and straightforward: Bette is the (poor) cousin of Adeline who married into money after meeting the (then young and dashing) Baron Hulot, and has depended on her relatives' goodwill and patronage ever since. Bette has secretly fallen in love with the Polish count Steinbock, and when Adeline's daughter Hortense captures his attention and subsequently marries him, that is the last straw for Bette. From that moment on she sets out to plot and deceive with the sole goal of ruining the entire Hulot-family. Does she succeed? Well, I urge you to find out for yourselves. In doing so you'll encounter a rich array of very lifelike characters, in a plot that moves along briskly, find yourself facing some serious (at times disturbing) dilemmas (such as 'What would I have done?'), and be treated to little nuggets of timeless insight into the human mind on virtually every page.

A real treat, as worthy of our attention today as it was upon its first publication in 1847!
Read more
34 people found this helpful
Report abuse
See all reviews
Back to top
Get to Know Us
Make Money with Us
Amazon Payment Products
Let Us Help You
EnglishChoose a language for shopping. United StatesChoose a country/region for shopping.
© 1996-2021, Amazon.com, Inc. or its affiliates