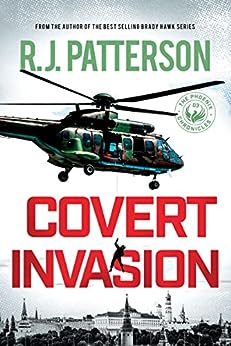 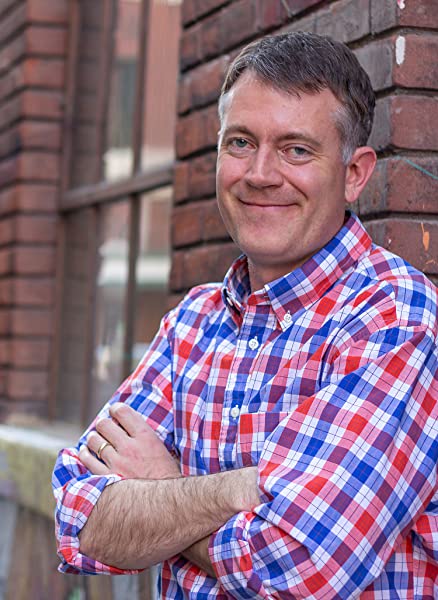 by R.J. Patterson (Author) Format: Kindle Edition
Book 3 of 4: The Phoenix Chronicles
See all formats and editions
Sorry, there was a problem loading this page. Try again.

Some grudges die harder than others.

As the Magnum Group unravels a mystery regarding the purpose of Russian spies that secretly entered the U.S., Brady Hawk finds himself in the den of one of the most ruthless Russian military leaders during the Cold War. As his role in the infiltration of spies into the U.S. becomes clear, the Russian General makes a bold move that sets off a dangerous chain of events, threatening the safety of the U.S. military and the entire city of Washington.

In a race against the clock, Hawk and Alex work with the rest of the Magnum team to hunt down the Russian spies before it’s too late … both for them and the country’s fragile intelligence community.

4.5 out of 5 stars
4.5 out of 5
97 global ratings
How are ratings calculated?
To calculate the overall star rating and percentage breakdown by star, we don’t use a simple average. Instead, our system considers things like how recent a review is and if the reviewer bought the item on Amazon. It also analyzes reviews to verify trustworthiness.
Top reviews

dennis barron
5.0 out of 5 stars Covert Invasion. R.J.Patterson
Reviewed in the United States on November 26, 2021
Verified Purchase
Brady Hawk and his wife Alex are trying to stop a a covert group called Alliance. Their tentacles are entrenched in government and prominent members of society. A sleeper cell for Russian terrorist have started their bombing attacks in America and the clock is ticking. As usual non stop action, intrigue and suspense on every page. Another excellent read in this series!! Enjoyed immensely!!
Read more
One person found this helpful
Helpful
Report abuse

Karen
5.0 out of 5 stars Good story
Reviewed in the United States on December 2, 2021
Verified Purchase
Fast paced and action packed story involving a rogue Russian group out to get revenge. Can Brady Hawk and the team get to the bottom of the ordeal? Hard to figure out what is going on when you don't know who's involved. Good read.
Read more
Helpful
Report abuse

Amazon Customer
5.0 out of 5 stars Very exciting plot with different leads to follow, good story line. I like the hero Hawk reminds me of Flint an agent that can come up with miacles.
Reviewed in the United States on December 1, 2021
Verified Purchase
I believe I will follow the hero Hawk in his further escapades , as I mentioned it reminds me of Super Spy Flint who can perform miracles while doing surgery on a lion with a thorn stuck in his foot. A little Hokey but believable.
Read more
Helpful
Report abuse

Kindle Customer
5.0 out of 5 stars Wonderful, eagerly await more books. Enjoy the characters. No minimum words should be required.
Reviewed in the United States on November 20, 2021
Verified Purchase
Excellent a "page turner" look forward to reading more of his books. How many more words, I'm not the writer!
Read more
Helpful
Report abuse

David C Taylor
5.0 out of 5 stars Action-packed spy story
Reviewed in the United States on November 19, 2021
Brady and Alex are on the hunt again as Magnum Group hunts down a list of spies. Once again R.J. Patterson starts the story off with a bang and keeps the action at a high level throughout the story. As is the case with the previous Phoenix Chronicles there are multiple story lines going on throughout the story which tie the current story to the previous. In Covert Invasion, a question is answered regarding the underlying story line, but once answered it opens up a potential for future problems in Magnum Group operations. This series keeps getting better with each new book, hopefully #4 is right around the corner. I received an advance Reader Copy and chose to provide this review.
Read more
Helpful
Report abuse

Ellen Oceanside
TOP 1000 REVIEWER
5.0 out of 5 stars Great
Reviewed in the United States on November 19, 2021
An extraction of a man, now a shell of what he was
Pleading to leave him outside, sunlight after three years
Blunt’s niece Morgan, surprising him, he’s spending days fishing
Telling her fishing is no different then catching a mole.
Informing enemies of their plans, jeopardizing lives.
Then using blackmail, wanting to expose person as a fraud.
Great op mission with Hawk and Alex
The loving comments between them to keep their perspective
A thriller to the end, will the agency figure it out. Great series
Given Arc For my voluntary review and my honest opinion
Read more
Helpful
Report abuse

Gandpa Mike
5.0 out of 5 stars A Family Affair
Reviewed in the United States on November 22, 2021
Brady Hawk and his wife Alex are again working together to keep America safe from terrorists. The daughter of a former Russian general seems to be the connection to a sleeper cell in the USA. She seems to always be a step ahead of Brady as he tries to apprehend her. Can he stop her from denotnating a very destructive bomb before it is too late? Brady Hawk fans will not be disappointed in this newest adventure. It is suspenseful until the end.
Read more
Helpful
Report abuse