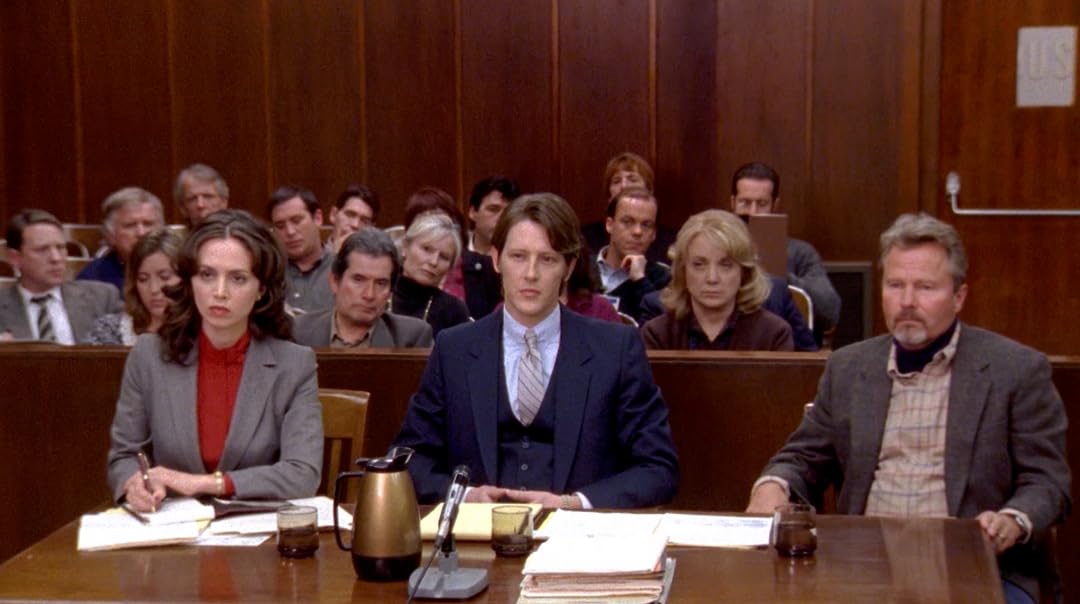 (55)
5.31 h 34 min2009X-RayR
Based on a True Story - surrounding the 1984 death of an Iowa teenager (Michael Welch) after his arrest by the Marshalltown Police Department. A young lawyer (Gabriel Mann) is hired to fight a corrupt Police Department and bring healing to a fractured family in this small town legal drama.

~ XLNTMOMMY ~Reviewed in the United States on October 17, 2021
1.0 out of 5 stars
pro-gay, anti-LE, we are all victims movie .. ugh .
Verified purchase
amazn rejected my first review, mostly because I referred to something political .. so Ill hav to keep this about what the movie really was in its content and not subjecture on other topics ..

this movie i is mostly pro-gay no-matter-what the person does involving criminal activity, in its message and delivery .. its also anti-LE (the mean thugs are just out to get you didnt you know that ..??) and they hammer this home in the court room, in the newspaper, in the dialogue, and .. (sound familiar ..?) anywhere they could ..

the ultimate was that this kid gets arrested for his second DUI .. then he leaps and dies .. I mean alcohol isnt known for great decision-making is it ..? I think IRL the case was settled because the kid died while in police custody, and they found the PD responsible .. but that doesnt mean murder .. which is what this film targets and wants you to believe .. thank you hollywood for more propaganda yet again .. ugh .

I was going to giv 2 stars for filming technique .. but upon re-thinking it .. 1 star is plenty .

vilma affinitoReviewed in the United States on April 6, 2019
5.0 out of 5 stars
Good Movie
Verified purchase
I don't understand the negative comments about this movie. I enjoyed it. People need to open their eyes-police corruption happens every day and I believe this was portrayed accurately. Read the paper! Watch the news! There are dirty cops and good cops. You can go on YouTube and see the actual police interview with the officer and Kevin Thatcher. The cop was twice his size!! And I don't believe the kid was suicidal. He was part of a loving family who accepted him and knew he was just trying to figure out how to grow up and make it in this world. Recommended movie.
18 people found this helpful

Butterflymom54Reviewed in the United States on February 10, 2019
1.0 out of 5 stars
Not worth my time
Verified purchase
I found this movie weird. I can understand parents hurting and shocked that their 21 year old left the home and never came back. There is always more to the story. Police Officers have to deal with so much crap from the people they arrest. I can only go by what I saw here as the story was presented and the research I studied. Online there is a plea for the FBI to reopen the case. People are divided on the truth. Only The Thacker boy and God really truly know the truth. Judging from what I saw it seems reasonable that this boy ran and jumped. He seemed suicidal to me. On the other hand there might have been a fight in the ally. I was not going to sit any longer and watch scenes that made me uncomfortable. I do not want to hear curse words, see someone solicited for sex between two males, a husband and wife have sex, cops made to look bad or a cover-up. Just not interested. I know how this movie ends. That is enough for me. This kid was headed for destruction. He knew better than to drive drunk and run from the police. He should have stayed, called his parents and gone before a judge. If he evaded the arresting officer, the police had a right to take him down but not kill hm. I understand that there was evidence that he might have been hurt by the officer but at some point people have got to let go. I did. I can not recommend this movie. :(
12 people found this helpful

Jacqueline C.Reviewed in the United States on February 5, 2020
5.0 out of 5 stars
The Kind Of Story That Grips Your Heart And Won't Let Go
Verified purchase
This is a movie about what was obviously a concerted effort to defeat our justice system and most of all, to defeat the right to justice for the 21 year old victim. Gabriel Mann's finely nuanced portrayal of the lawyer representing the parents shines and gives light to a dark subject; John Savage is excellent as usual, inhabiting his character completely, and Lee Garlington's turn as Kevin's distraught mother is a beautifully refined performance. Michael Welch captures the expressions and mannerisms of a young man uncertain of himself at times in his low-key interpretation of Kevin, drawing us in to care about the life and death of a troubled young soul, leaving us sincerely wishing it all had gone so differently. This movie, and this story, is definitely worth your time.
6 people found this helpful

Amazon CustomerReviewed in the United States on April 6, 2019
2.0 out of 5 stars
Gabriel Mann gets 2 stars, the rest of the film zero.
Verified purchase
I'm only a paralegal, not an attorney, but this script cannot possibly have been written by anyone even remotely connected with the legal profession. They must not even have had an attorney consult on the script. The "practice" of law engaged in here is so full of holes I could shoot it all day every day for a week and not be done. I love a good legal drama, and am a fan of Gabriel Mann so I hung in there to the bitter end, but the script was too ridiculous to permit me to engage with the story. Give this one a miss.
6 people found this helpful

Z. OliverReviewed in the United States on February 13, 2019
5.0 out of 5 stars
Interesting Story and Great Acting
Verified purchase
The acting was great. I felt it was an honest portrayal of what happened that night in October 1983. Much easier to cover crimes up back then and get away with them than today. A confused 21 year old man paid with his life for a drunk driving incident and it all got swept neatly away.
9 people found this helpful

A. Film LoverReviewed in the United States on November 13, 2021
3.0 out of 5 stars
Here's the real "coverup"
Verified purchase
So, these anti-gay, pro-police, right-wing groups tell everyone to come here and leave one-star reviews - every one of them is the same. Dear fools: Do you think we don't know what's going on here? Hint: We do. So, everyone can ignore those so-called reviews.

You can also ignore the reviews that say this is a great movie. It isn't. It's directed poorly and feels very TV-movie-ish - overlit, and underdone, script-wise. The story is, of course, true and compelling and anyone who thinks the kid jumped and sustained the injury he did is, well, an idiot. The leading man - don't know him at all - lightweight and adequate. John Savage seems to be in another movie altogether. I gather this was a vanity project from Mr. Pepper, who holds the copyright on the film. He should have hired better people to make it.

Amazon CustomerReviewed in the United States on January 19, 2019
4.0 out of 5 stars
Good movie!
Verified purchase
This is a movie worth watching. Gabriel Mann does a great job in his portrayal of attorney Pepper. I was on edge waiting on the outcome and was glad to see the original jury verdict prevailed. How awful that these type of cover ups continue today but hooray for the 'Peppers' of the world who seek truth and justice!
7 people found this helpful
See all reviews
Back to top
Get to Know Us
Make Money with Us
Amazon Payment Products
Let Us Help You
EnglishChoose a language for shopping. United StatesChoose a country/region for shopping.
© 1996-2021, Amazon.com, Inc. or its affiliates