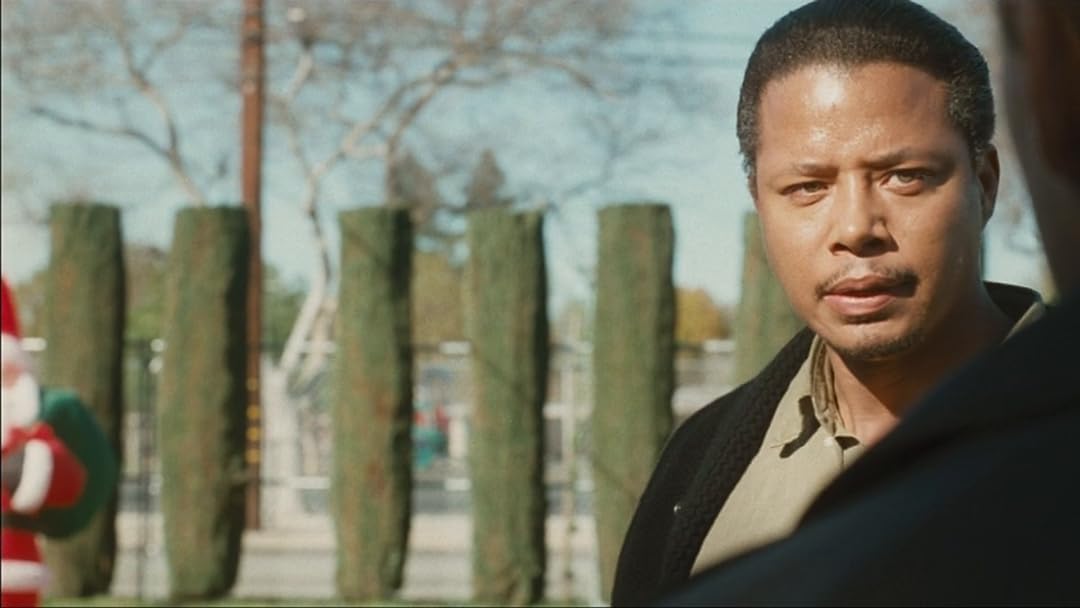 RilefosReviewed in the United States on June 16, 2018
5.0 out of 5 stars
Not Really About Racism--For Adults Only
Verified purchase
Rated 5 stars, but not for the same reasons as most reviewers. Contrary to the others, I don't really think this movie was about racism. In fact, I think race was a "red herring" throughout this movie. It was about making hasty assumptions. And not the assumptions of the characters in the movie, but the assumptions of us viewers. Whether an assumption was based on race, or gender, or socio-economic status, or government corruption, or positive police bias, or negative police bias by the end of the movie it all proved wrong. The scenes and all the character portrayals were set-ups to cause us to make wrong assumptions. The movie was designed to expose our own prejudices--race or otherwise. I think the deeper reason most people appreciated this movie was because it caused an introspective look at ourselves.
All that said, because of strong language and brief nudity it should be for adults only.
100 people found this helpful

Amazon CustomerReviewed in the United States on March 14, 2019
1.0 out of 5 stars
A Movie with a Well-Meaning Intention that Still Leaves So Much to Be Desired
Verified purchase
This movie's direction is alright, and every actor is clearly doing what it's needed. Yet, the movie itself has to be one of the most infuriating things I've seen in a while. The first 40 or 50 minutes are nothing but random characters making some stereotypical comment about another race, insulting someone with a different color, or acting incredibly despicable in some form or fashion. None of these characters feel like actual people and are all simply meant to drive the sledgehammer over the head about a message that's well-meaning but not delivered in an effective way at all. The video and audio quality is great. It's just the movie that I don't care for.
36 people found this helpful

Mike PowersReviewed in the United States on June 5, 2018
5.0 out of 5 stars
"Crash:" highly dramatic, entertaining, and very thought-provoking
Verified purchase
Although the movie “Crash” first came out in 2004, I had never seen it before last night, when I watched it for the first time. I had heard a lot about it – both good and bad – and decided it would be good to see for myself what all the “buzz” was about.

My initial reaction to “Crash” is mostly positive. It is overall an excellent film with an important message. It seeks to examine racial attitudes in America during the early years of the 21st century, and it mostly succeeds. Set in Los Angeles, it follows the lives of several people of different ethnicities, and social and economic backgrounds. The purpose of the film is to demonstrate that racial prejudice exists in every person, either openly or deep within. That prejudice will eventually manifest itself in words or actions, given the right circumstances,

“Crash” is certainly well written and acted. Directed by Paul Haggis, it features an impressive cast that includes Sandra Bullock, Terence Howard, Ryan Phillippe, Don Cheadle, Thandie Newton, Matt Dillon, Brendan Fraser, and others. Every actor turns in a first-rate performance. Each scene is well crafted and highly dramatic, the movie held my interest from beginning to end, and certainly gave me something to think about afterward. Highly recommended. (4½ Stars ^ 5)

Kindle Customer Capt Bill SterlingReviewed in the United States on January 29, 2019
1.0 out of 5 stars
lies and innuendos
Verified purchase
you will, as I am doing, have to watch at least 5 comedy movies to get the lousy taste out of your mouth after watching 30 minutes of this drivel hoping it could possibly get better and live up to the decent cast. how this movie could have won any awards is simply beyond me.
26 people found this helpful

Jennifer KellerReviewed in the United States on November 27, 2020
5.0 out of 5 stars
Lessons to be learned
Verified purchase
I had heard of this movie for years but due to a different movie (much older and incredibly dark and weird) I didn't pursue viewing this one. Well, thanks to the after Thanksgiving dinner boredom, I decided to watch this. I'm glad that I did.

At first, I thought this was a movie about racism. And yes, there is plenty of racism throughout the movie but I don't think that racism is what the movie is truly about. I think this is a movie showcasing the best and the worst of humanity. The many facets of a person. How as humans we can be incredibly cruel or incredibly kind. It's also showing how we influence each other, both negatively and positively.

This movie shows how quick assumptions can have lasting and devastating effects. It shows exactly how wrong we can be when we pass judgement without any facts or knowledge.

Watch the movie. Spend time thinking about it. Make a decision to be better; to do better.

WaterfallReviewed in the United States on April 3, 2019
1.0 out of 5 stars
Totally contrived Hollywood tripe
Verified purchase
Can't get past Hollywood's misperceptions about the real world. Too political to allow the viewer to set aside our disbelief. Only an uber leftist could do this.
29 people found this helpful

We constantly crash into one another in good and bad ways.

The point is that we're all the same. There is no 'other'. We are all fighting our battles. Let's be gentle with one another.

The father's scream after his daughter is shot is a scene I'll never forget
Likewise when the chop shop guy opens the van.

Beyond brilliant. The only movie that ever changed me.
22 people found this helpful

James M. PatonReviewed in the United States on March 16, 2022
5.0 out of 5 stars
Proof of Fate? Das Schicksal? Randomness? Bestimmung? Destiny? - Read On for Mind-Blowing!
Verified purchase
In the last line of this film, you will hear a Black woman say, “Don’t talk to me unless you speak American.” What?

This film accurately depicts the randomness and chaos in life, along with fate and racism, maybe even destiny… as we make our feeble attempts to control it all. You decide. However, the film fails to address the root cause of racism, especially how racism is learned, many times inculcated since birth by many parents with little to no skills thereby perpetuating further hate and violence on this planet, along with all of its associated sadness and heartbreak. With scenes of love and transformation, it keeps the viewer wanting more. Now this…

Almost 4-decades ago, I met a man, randomly… so I thought. He taught me how to fly using his personal 1943, Beechcraft Staggerwing D-17s (a large, red biplane) and a Luscombe 8c, along with a couple of other aircraft. He was a retired American Airlines captain and his name was Jess E. Shryack (Godspeed, Captain Shryack).

I went on to become a professional pilot (among many other professions), which a kid from my background and economic status could never have dreamed possible. I recently attributed the encounter with Captain Jess “Cappy” Shryack to fate, not randomness… maybe even destiny? In fact, although not featured in this film, Captain Shryack also taught John Travolta to fly the Boeing-707… and Jess never even told me. I only discovered that fact after Cappy’s death in 2008.

Here’s the mind-blowing part of it all - At least it was for me. As I viewed the credits at the end of this film, I realized just how much fate, randomness, chaos, destiny, violence, love, true friends and good parenting were a significant determining factor in my life. How?

It turns out that the Boom Operator for this film (see Crew Credits at the end) is the youngest son of Captain Jess Shyrack (Joel Shryack)… the son of that random man that taught me to fly so many decades ago. This “randomness” has been verified and documented – I had forgotten the single time I so briefly met Joel almost 34 years ago in Justin, Texas at the Flying “S” Farm where I initially learned to fly airplanes.

There are no such things as coincidences. Know that! Pay attention to the random events, chaos and all the rest. It might just change your destiny, or fate, too. Stay close to God! – James M. Paton, Waco, Texas – a retired, albeit broken, professional pilot, etc… and like in the film… with a loser for a “brother."
See all reviews
Back to top
Get to Know Us
Make Money with Us
Amazon Payment Products
Let Us Help You
EnglishChoose a language for shopping. United StatesChoose a country/region for shopping.
© 1996-2022, Amazon.com, Inc. or its affiliates