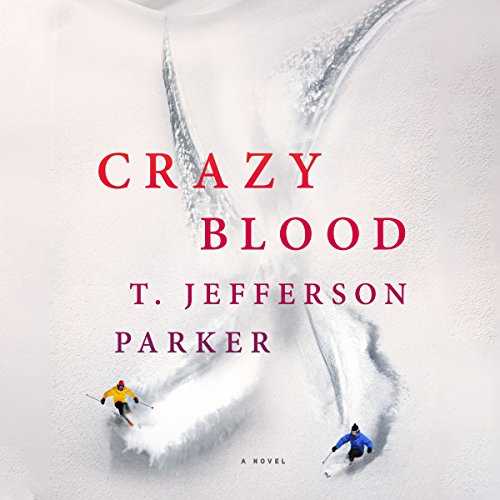 The Carson dynasty rules the ski resort town of Mammoth Lakes in the Sierra Nevada Mountains in California. Founded by patriarch Adam, the town is the site of the Mammoth Cup ski race - a qualifier for the Olympics. But when Wylie Welborn, Adam's illegitimate grandson, returns after a stint in Afghanistan, it reopens a dark moment in Carson family history: the murder of Wylie's father by his jealous and very pregnant wife, Cynthia.

Her son, Sky, born while his mother was in prison, and Wylie are half brothers. They inherit not only superb athletic skills,but an enmity that threatens to play out in a lethal drama on one of the fastest and most perilous ski slopes in the world. Three powerful and unusual women have central roles in this volatile family feud: Cynthia, bent on destroying Wylie; his mother, Kathleen, determined to protect him; and April Holly, a beautiful celebrity snowboarder on track to win Olympic gold. But as Wylie falls in love with April and they begin to imagine a life away from the violence that has shattered his family, history threatens to repeat itself and destroy them both.

Combining exquisite writing with breathtaking scenes of high-stakes skiing, Crazy Blood is an unforgettable story of two brothers on a ruthless quest for supremacy.

Special invitation from Audible!
Learn more about Membership
List Price: $25.51
You Save: $3.19 (13%)
By completing your purchase, you agree to Audible’s Conditions Of Use
Sold and delivered by Audible, an Amazon company
Share

3.9 out of 5 stars
3.9 out of 5
58 global ratings
How are ratings calculated?
To calculate the overall star rating and percentage breakdown by star, we don’t use a simple average. Instead, our system considers things like how recent a review is and if the reviewer bought the item on Amazon. It also analyzes reviews to verify trustworthiness.
Top reviews

George L. River, MD
5.0 out of 5 stars Skiing???
Reviewed in the United States on July 25, 2018
Verified Purchase
I began reading this book by one of my favorite writers, shortly absolutely ready to throw it on the scrap heap of books I’ve never finished because they were boring, or the subject matter as in this case, for me, “Didn’t really matter outside of small circle of friends.” — Snow skiing/boarding — Really??
But, T J P snagged me and reeled me into this dark tale of love, murder, and revenge, giving me great pleasure, as usual with this master storyteller. Highly recommended.
Read more
Helpful
Report abuse

DB
2.0 out of 5 stars Disappointed
Reviewed in the United States on June 15, 2019
Verified Purchase
I didn’t feel this was a good presentation of authors skills
Read more
One person found this helpful
Helpful
Report abuse

Gladys Urbsis
5.0 out of 5 stars ANOTHER WINNER FOR T. JEFFERSON PARKER.
Reviewed in the United States on August 19, 2017
Verified Purchase
A psychological thriller that delves into the complex makeup of a family obsessed with the sport of skiing. One doesn't have to be a skiing fan to appreciate this novel. It's a winner, guaranteed to satisfy for late night reading.
Read more
Helpful
Report abuse

J. Michael Drewes
3.0 out of 5 stars Good But Not Great
Reviewed in the United States on September 25, 2016
Verified Purchase
A good story but I must say that T. Jefferson Parker has not continued with the same intrigue as his earlier mysteries.
Read more
2 people found this helpful
Helpful
Report abuse

CD Guy
1.0 out of 5 stars Not every great writer hits a homer every time
Reviewed in the United States on October 8, 2017
Verified Purchase
Not up to his usual stuff.Might appeal to 12 year old snowboarders.
Read more
2 people found this helpful
Helpful
Report abuse

K. Mac
4.0 out of 5 stars Good Read
Reviewed in the United States on July 7, 2016
Verified Purchase
Ready many of the authors books. As a native Californian I love the use of many authentic locations around the state for his settings.
Read more
Helpful
Report abuse

LJ Temple
4.0 out of 5 stars Worthwhile reading, but not like his previous writings.
Reviewed in the United States on May 13, 2017
Verified Purchase
Too long in leading up to climax, usually his stories are spell binding intense page turners.
Read more
One person found this helpful
Helpful
Report abuse
See all reviews
Back to top
Get to Know Us
Make Money with Us
Amazon Payment Products
Let Us Help You
EnglishChoose a language for shopping. United StatesChoose a country/region for shopping.
© 1996-2021, Amazon.com, Inc. or its affiliates