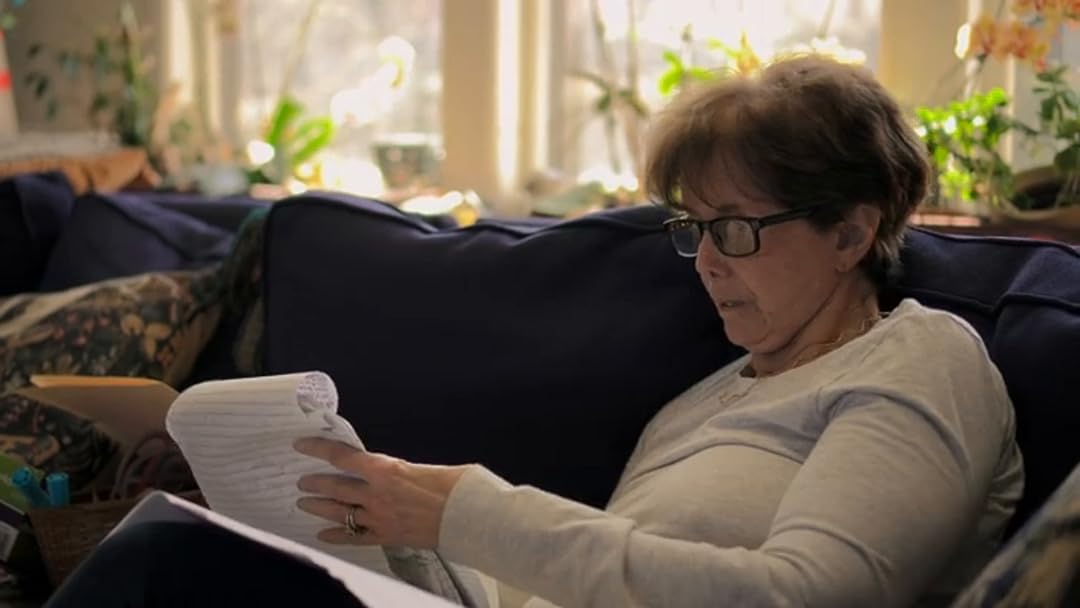 (82)6.91 h 58 min202118+
â€‹A provocative look at the minds of serial killers through the lens of renowned psychiatrist Dorothy Otnow Lewis.

Y. MccormackReviewed in the United States on November 27, 2020
5.0 out of 5 stars
You need to understand...
Verified purchase
I'm just 30 minutes into this BUT to all of the people saying she's making up reasons just so that someone can be found "not guilty"...I have to beg to differ. She's curious...as am I...as you should be. Why is it that I have trouble killing an ant....but other people take no issue with torturing a child to death? It's not a search for an excuse. It's a search for why....why can one woman live in an abusive relationship for 20plus years when another woman kills her abuser on year 19 or year 10 or year 1? Why is it that I feel remorse for putting my aged cat to sleep when others seek out to torture kittens? Why have I never even spanked my child when another woman in another state shakes her baby to death? It's not an excuse...it's the why is there such a stark and dramatic difference between (say) me (a loving mother) and her (a women who drives her kids into a lake)? I'm fascinated by this....as is the subject of this film.
25 people found this helpful

Beth BalanceReviewed in the United States on November 21, 2020
1.0 out of 5 stars
A surprising irresponsible acritical one-theory presentation
Verified purchase
A lone theorist and theory is presented: Killers were abused and have split personalities. Feel sorry for them. Utterly and irresponsibly ignored is the the fact that many killers have hardened into narcissists and sociopathic manipulators devoid of empathy. It is incredibly dangerous to promote a sympathetic and simplistic response. A violent person can't be loved out the wounding that creates a monster and trying to do this kills thousands of people a year, mostly women.
18 people found this helpful

Sarah JenningsReviewed in the United States on November 21, 2020
2.0 out of 5 stars
2 Hours of Excuses for Sociopaths
Verified purchase
I watched this because of the lure of Ted Bundy (who gets about 20 measly minutes at the end) and the interesting proposition that serial killers are more valuable to us as a society alive and locked up than dead because they can be studied. I was disappointed from the second it started. Spoiler alert: everyone who has ever murdered more than one person has dissociative identity disorder (née multiple personality disorder) and can’t be held criminally responsible for their actions. You have to be so naïve to believe evil does not exist in this world. Lots of people come from very troubled backgrounds and don’t end up Ted Bundy. Classic defense whore cockamamie nonsense. What a waste of two hours.
13 people found this helpful

Craig TroxclairReviewed in the United States on November 28, 2020
1.0 out of 5 stars
Gullible and unprofessional
Verified purchase
I am in the same profession as Dr. Lewis who is doing nothing but undermining the credibility of our professional judgment. She is considered by her peers to be gullible and with an agenda to promote a questionable diagnosis that thankfully jurors usually have enough common sense to discredit. She allows her subjects to perform for an encouraging audience and somehow thinks that constitutes a psychotic disorder.
12 people found this helpful

Alicia OrtizReviewed in the United States on November 23, 2020
5.0 out of 5 stars
Compelling honest reseach
Verified purchase
Dr. Dorothy Otnow Lewis gives clear and honest answers that lead her to research what makes some people killers but not others. Her research goes deep into the minds of killers and finds that what happens to us as children does influence our actions as adults. This documentary is told in true Alex Gibney style in which he makes us a part of the conversation. He persuades the viewer to reassess capital punishment in that if we as a society demonize killers wihout understanding why they do what they do in the first place. Labeling it evil just gives us permission to kill them but that method doesn't stop the next killer from doing it too.
11 people found this helpful

S. GalloReviewed in the United States on January 24, 2021
1.0 out of 5 stars
Not a documentary, its a fluff piece
Verified purchase
Overall this production is pseudo science and a fluff piece to make Dr. Lewis look good for the work that she did earlier in her career. While science has shown that people with DIDs can have an actual chemical changes/reaction in their brains, it does not change that people with DIDs are not serial killers. In fact, they usually do harm their selves and not others, or they are reclusive.

Serial killers are born, they are not created, but Dr. Lewis would say the opposite. Her opinions are fallacious because the trial of Shawcross, a serial murderer, shows he was not created by society, he was born that way. History shows that he had a 86 IQ and very early in his life, he was a schizoid psychopath. Real cases of DIDs are people who have traumatic experiences and create an imaginary friend to handle the problems so they do not have to deal with them. This is the same process children use to protect themselves from being alone or for putting blame when they do wrong.

If this production would have shown all sides of the story and presented all the evidence, then it could be a documentary, but it isn't because it hides the truth to make Dr. Lewis seem like a pioneer and a genius who was rejected by her peers.

jnetReviewed in the United States on December 18, 2020
5.0 out of 5 stars
Fascinating, and well done (if you're interested in psychology)
Verified purchase
This is a fascinating look at the drivers behind criminal behavior, and more specifically, serial homicidal. If you have an interest in psychology, you will enjoy this inside look at Dorothy Otnow Lewis' process, and practice. People who don't like this documentary, seem to be judging it from a moralistic point of view. Right and wrong. Of course killing is "wrong" but that's not what this documentary is about. It isn't a moral exercise; it's a clinical, psychiatric one. It was interesting because it goes beyond the overly simplistic "crime and punishment" model.
4 people found this helpful

V BlacReviewed in the United States on December 1, 2020
5.0 out of 5 stars
Well made and watchable
Verified purchase
This documentary is very well researched and full of interesting footage of the subjects. Dr. Lewis has had a fascinating career and she is a candid speaker. I'm a fan of true crime books and tv shows, and this documentary had info and stories that I hadn't already been aware of. It held my attention all the way through and was interesting from beginning to end. I recommend it.
5 people found this helpful
See all reviews
Back to top
Get to Know Us
Make Money with Us
Amazon Payment Products
Let Us Help You
EnglishChoose a language for shopping. United StatesChoose a country/region for shopping.
© 1996-2021, Amazon.com, Inc. or its affiliates