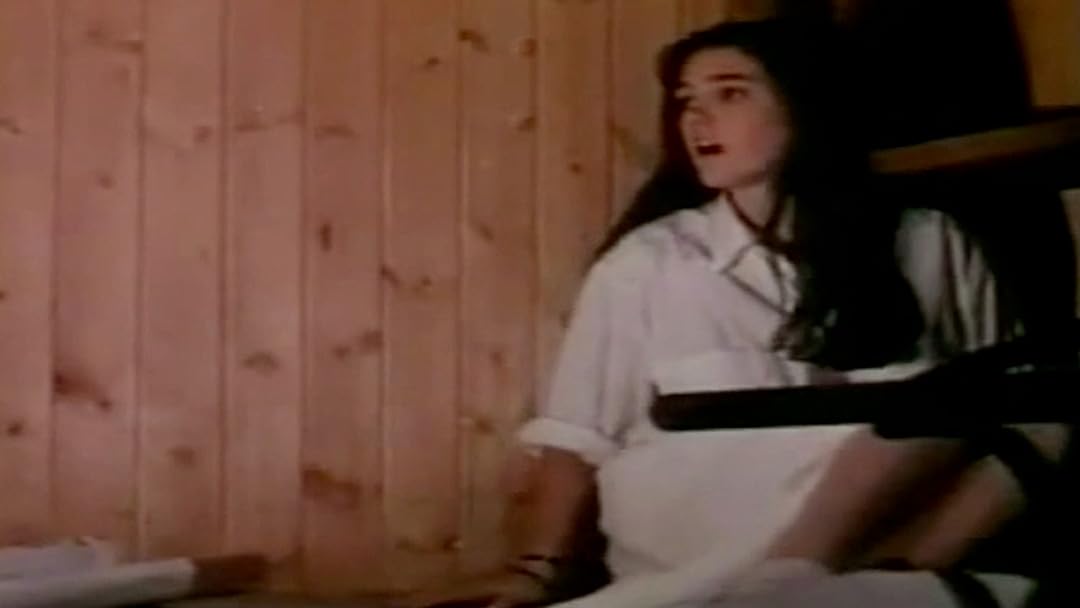 (5)
6.81 h 22 min198513+
Jennifer Corvino, the daughter of a famous actor, has had trouble with sleepwalking for some time. Her doctor said that it can develop a split personality. She discovers her alternate personality when she stays at a boarding school that was once the home a Richard Wagner. But someone has been killing the students, and it relates only indirectly to the criminal sanatorium nearby.

tetsukomonoReviewed in the United States on February 21, 2018
3.0 out of 5 stars
Very odd
Verified purchase
I bought this movie because of its ties to the Clock Tower video game, and I can definitely see where the game designer got some of the style from this. But it is a confusing and very strange movie. Maybe because the original was cut for the English release, maybe the script had trouble translating because of the language barrier, but the action didn't flow very well at all. That, and most of the acting is pretty terrible. Jennifer Connelly was not at her best here (but she was only 15 when it was filmed so that makes sense).

Patrick L JamesReviewed in the United States on February 14, 2018
5.0 out of 5 stars
Creepers aka phenomena in it's 1985 release PG-13 version which is out of print. Cult classic
Verified purchase
This has a great cast. Jennifer Connelly and Donald pleasence are great. I remember this back in the 90s at my local video store. So I never knew that this was also called phenomena and was edited by 30 min to get a PG13 when released by new line in 1985. So for a film by Argento cut to tame PG13 version, its very gory even edited. Watching it after I have seen its R-rated edition my opinion is, buy both. DVD & bluray are 20-30$ Creepers is 3$ (PG13) + Phenomema 3$SD 5$HD (R-RATED) and you get exactly the same as on disc way cheaper.

vickanid@hotmail.comReviewed in the United States on November 5, 2017
3.0 out of 5 stars
Odd Giallo with insects, a chimp and Jennifer!
Verified purchase
Classic Italian giallo with a young Jennifer Connelly, Donald Pleasence...and a chimp! Originally called "Phenomenon" but changed to "Creepers" for US audiences. Jennifer communes with insects while a killer wreaks havoc on a cast of extras. Not Argento's best due to the slow pace and somewhat muddied characters but still amusing.

I did notice in the credits that Motorhead supplied some of the music and the costuming was done by Armani, yes, that Armani!

random Amazon shopperReviewed in the United States on November 18, 2017
3.0 out of 5 stars
Amazon Prime VHS????
Verified purchase
The transfer for Amazon Video, looks like a worn out VHS or Betamax was the original source. It almost looks like it was recorded from analog SDTV to a VCR at some points.

The movie is otherwise a typical 1980s horror film, and principal photography was shot in Switzerland. I never saw it before I watched it here. I just wish the actual film was digitized into HD, not some beat up VCR cassette.
2 people found this helpful

Gabriel E. TuncoReviewed in the United States on November 24, 2017
3.0 out of 5 stars
Decent soundtrack
It's an okay film but not as good as previous efforts from film director Dario Argento. The best part of it is actually the soundtrack. Worth seeing at least once.
2 people found this helpful
See all reviews
Back to top
Get to Know Us
Make Money with Us
Amazon Payment Products
Let Us Help You
EnglishChoose a language for shopping. United StatesChoose a country/region for shopping.
© 1996-2021, Amazon.com, Inc. or its affiliates