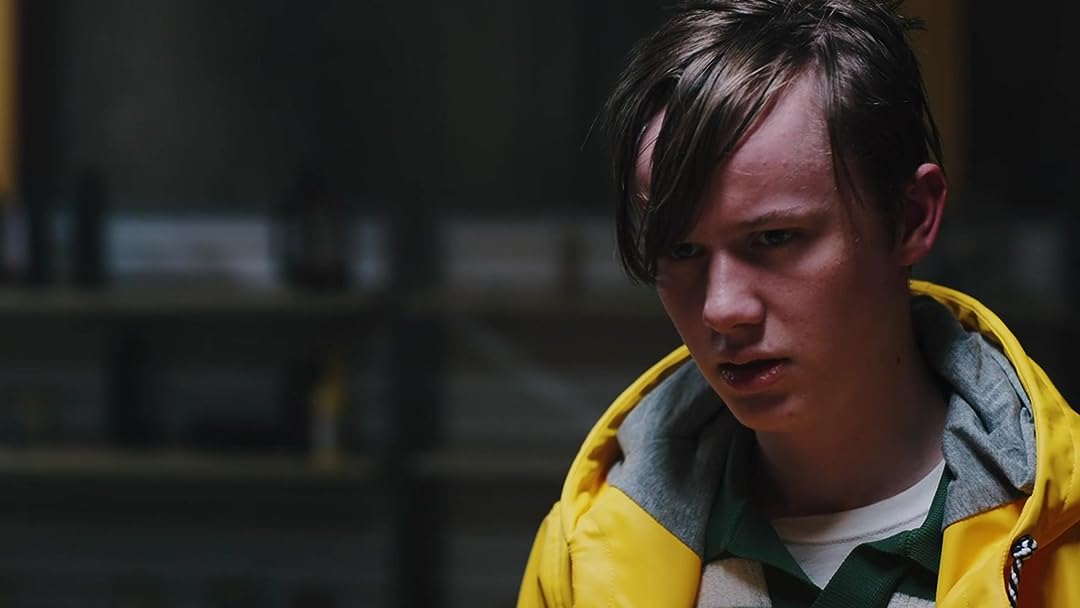 (192)
2019X-RayTV-MA
CREEPSHOW, the new anthology series based on the 1982 classic, is still the most fun you’ll ever have being scared! Twelve vignettes explore terrors from murder to the supernatural and unexplainable.

RobReviewed in the United States on September 30, 2019
5.0 out of 5 stars
Glad Horror Anthology is Back
I enjoyed the first episode of Creepshow and I am anxious to see what's next. It falls into a similar style as the original movie (even brings back Adrienne Barbeau!) with the comic book pages and titles, however I wished they had added some of the unique colored lighting (such as the intense red/blues at the end of 'Father's Day). The two stories here were 'Grey Matter' which is based on a Stephen King short story, and 'The House of the Head'. 'Grey Matter' was familiar and I found it to (mostly) follow the source material and I enjoyed seeing the characters come to life. If I had a complaint, it would be that the son felt a little odd. The story for 'The House of the Head' was very unique and I really liked this one, however I did wish they went a bit further into why the doll house was unique. Then again, I suppose most of the 'Creepshow' stories didn't have a why. All in all, a good watch!
42 people found this helpful

Keils BzReviewed in the United States on September 26, 2019
5.0 out of 5 stars
Doing the MOST!
CONGRATULATIONS ON BEING RENEWED FOR SEASON 2!! KUDOS! This is great! Definitely a must see if you appreciate the classic comic book. People expect a talking Creep, but I am happy they kept to the original concept and comic book feel... Please don't give this bad reviews. I would love to see more. That won't happen with people that don't understand and are negative that leave bad reviews. So take your negativity somewhere else please. We don't need to read simple minded negative comments. ~ George Romero and Stephen King's Creepshow film scared audiences back in 1982 with a collection of stories that looked like classic horror comics come to life. Now, the horror streaming channel Shudder looks to achieve the same with a new, 12-part anthology series that already looks like a spectacularly terrifying tribute to the same comics the Romero film, and King comic book , paid homage to.
33 people found this helpful

patrick b.Reviewed in the United States on October 2, 2019
5.0 out of 5 stars
Ideal tribute, worthy continuation
Creepshow 1&2 finally have a worthy successor, and a TV series vs a feature length movie is perhaps a better forum for the best horror anthology of all time. You can tell those involved care deeply about the source material, and have gone to great pains to match the tone, pace, and practical effects of the originals. House of the Head even had two fantastic easter eggs (amongst several other less subtle throwbacks throughout episode 1). The only complaint I have been reading is that the two stories feel incomplete and nonsensical... which is exactly what they are supposed to be! If nostalgia has glossed over the content and arcs of meteorite plant men and pond blobs for you, or if you are looking for some plodding psychological thriller, probably not for you. As for me, this series perfectly captured what I loved watching on the couch with my dad as a kid on Halloween, and is a worthy continuation. I highly look forward to the rest of this silly and spooky labor of love. Thanks to all involved and keep it coming! Spot the ashtray!
27 people found this helpful

NancyReviewed in the United States on October 1, 2019
1.0 out of 5 stars
Very bad
The stories have no real endings. They were not entertaining stories at all. Very disappointed in this series so far.
28 people found this helpful

MorningGloryRoryReviewed in the United States on October 11, 2019
3.0 out of 5 stars
Five Stars For "The Finger", Minus Two For Rest (3 Episodes In)
I need to preface this by saying I had such high hopes for this show as I adore anthology series.

I don't care that Stephen King wrote "Gray Matter". King has written his share of clunkers ("Dreamcatcher" immediately springs to mind), so holding up his name is a bit of a crap shoot, This episode seemed rushed, and might have been better if expanded a bit. Jordy Verill meets The Thing. Adrienne Barbeau (John Carpenter's ex) doing rapid calculations on the spread of the "gray matter" was a nice touch, a call back to Blair's calculations in "The Thing".

"Head of the House" was just insipid. In the 70's there was an anthology series called "Circle of Fear" which featured a dollhouse episode, It starred Melvyn Douglas and Jodie Foster (I mention this for perspective). "Tales from the Darkside" also did a dollhouse episode. Seek those out instead.

"Bad Wolf Down" is one of the dumbest things I've ever seen and I once saw a Steven Segal movie. Props for naming a character "Quist" (The Howling"). Otherwise (insert your own extended raspberry here)... Sadly, this fart of a tale is attached to "The Finger".

And "The Finger" is awesome. I loved Bob. DJ Qualls did an amazing job. To say anything else would take the fun away.

"All Hallows Eve/The Man In The Suitcase" are both bad for their own idiotic reasons, and both come down to a lack of logic. It's clear why the one batch of kids doesn't age, but the others should be getting increasingly older. Possibly even grown up and married. As for the dude stuck in the suitcase, just cut him out. Cut the suitcase. The whole plot of this is based on everyone being idiots. I fully understand that they goal was to show whether one would do what's right vs. what benefits them personally, and that's a great little lesson. But for me it would have been vastly improved if just one person suggested the obvious--break the suitcase apart.

All that being said, I'll keep watching, and then likely skipping ahead, in hopes for another gem like "The Finger".
14 people found this helpful

TimmmmReviewed in the United States on October 3, 2019
5.0 out of 5 stars
update review 5 stars LOVED all but the first epieosde
Been waiting a long time for this, I liked how it was made as far as the old school feel, felt a lot like the of creep show and creepshow 2. But the endings were a true wtf ? I get it these short stories are fast, I am a huge fan of tales from the crypt monsters tales from the dark side etc.... but most of them even though it was like 22 min episodes they knew how to end the stories right. The was these ended and big time for the house of the head, it felt like wait that's it ? It legit had me thinking wait there has to be more to it ? best way I can describe it is like a movie was on, getting good ! and then it ends with the credits. I just hope some of the other ones are done better. Different directors so maybe. The stories were good, and creepy and for sure done great except for the flat endings.

UPDATE I loved every episode except for the first one ( Gray matter ).
11 people found this helpful

Kindle CustomerReviewed in the United States on September 29, 2019
5.0 out of 5 stars
Highly anticipated, enjoyed thoroughly!
Have been looking forward to this series and the first episode did not disappoint in the least! Enjoyed both Creepshow renditions of the creeptastic stories by a couple of fantastic authors. Can't wait for more!
18 people found this helpful

S. Z. CrawfordReviewed in the United States on September 29, 2019
5.0 out of 5 stars
So good! Brings back childhood memories..
I love how the Crypt Keeper isn't a comedian! It makes that darkness from the Crypt go a loooong way. Im looking forward to this new series! Thank you for bringing it back to life/death... Well, somewhere in between I guess.. :)
15 people found this helpful
See all reviews
Back to top
Get to Know Us
Make Money with Us
Amazon Payment Products
Let Us Help You
EnglishChoose a language for shopping. United StatesChoose a country/region for shopping.
© 1996-2021, Amazon.com, Inc. or its affiliates