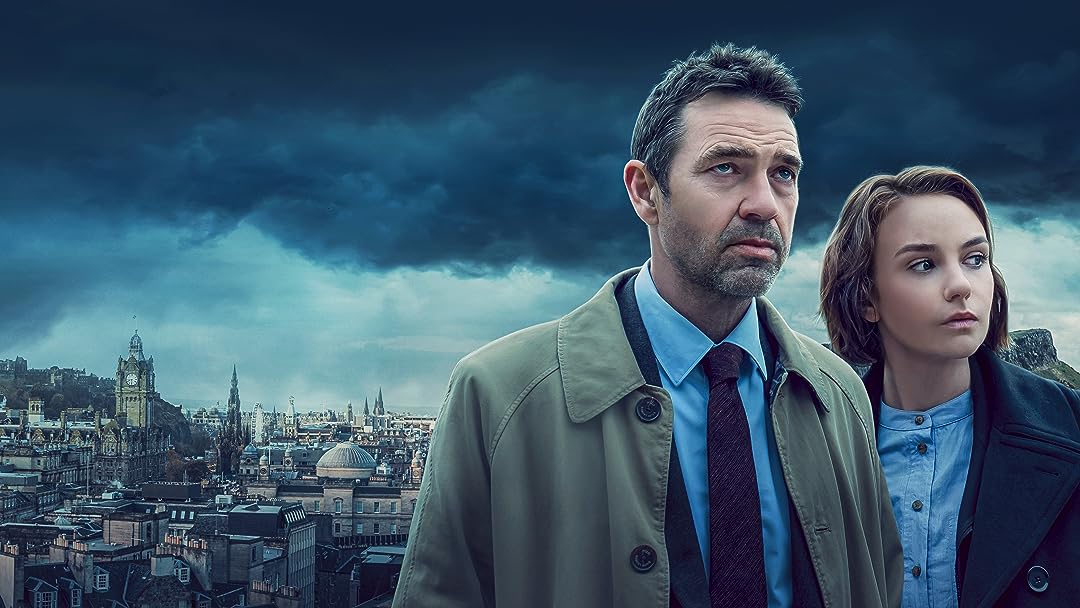 Season 1
(17)
2021HDRTV-MA
When a girl goes missing, troubled DI Ray Lennox investigates her disappearance while he battles his own inner demons. A BritBox Original.

Gerald BresslourReviewed in the United States on February 11, 2022
3.0 out of 5 stars
Uneven
The storyline is littered with clichés. A detective who is a raging male chauvinist turns out to be impotent. The main character and the white whale child murderer he hunts were both abused as children. They chose different paths in response to the trauma. The head of the detective bureau becomes apoplectic on schedule as the main character breaks one rule after another. And so on.

Extraneous plot elements are given more time than they deserve. The idea seems to be to keep the viewer's interest by larding these digressions with explicit sexual content. That chauvinist detective tries to become non-impotent very loudly and aggressively through the services of a prostitute. This goes on while the rest of the detectives chase a suspect. The two scenes alternate every few seconds. Another example includes the main character's parents. He, we, and his father learn that his mother has been unfaithful for the past 35 years. In another unconnected twist, the main character's handsome brother provides sexual services to two senior citizens who provide him with a detailed description of the specific position he is to assume and the body parts with which he is to engage. There are other extraneous threads. I could go on, but you get the idea.

Finally, I was interested to see that Amazon lists English as the show's language. Unless you happen to be a native of the Highlands of Scotland, I recommend that you turn on close captioning.

jan1966Reviewed in the United States on December 16, 2021
1.0 out of 5 stars
Too much cussing, bad acting
This one has excessive cussing and bad acting, would not recommend.
7 people found this helpful

Amazon CustomerReviewed in the United States on December 25, 2021
5.0 out of 5 stars
I almost did not watch it, but glad I did
I think you should give this series a try. I thought it was really good. I liked the actors, plot, and beauty of Scotland. I hope there will be a season 2.
4 people found this helpful

Amazon CustomerReviewed in the United States on December 17, 2021
5.0 out of 5 stars
amazing and gripping intellectual labyrinth mystery
stunning job of acting some very difficult scenes , story line was complex and intriguing that kept me on the edge of my seat. a true tete a tete chess game between good and evil, If cussing offends you read
Shakespeare a master of cussing.
4 people found this helpful

Benay BlendReviewed in the United States on December 17, 2021
5.0 out of 5 stars
excellent character study
I suspect that the poor reviews will be from viewers who want more action, less depth. This series is an excellent study into a man whose background haunts him, and drives him into his career as an adult. There is very little focus on the actual crimes themselves, which is fine.
2 people found this helpful

TaraReviewed in the United States on January 18, 2022
1.0 out of 5 stars
Disappointing.
No matter how much I wanted it to be, not good. It had its moments and so I waited for it to get better. Sad real stories but long drawn out with what was, in my opinion, (although knowing it to nothing since I'm not in law-enforcement) but the overly dramatic day-to-day behavior of the police officers was hard to except is believable, when I can'tcan't "suspend my disbelief" it's hard to stick with the story. Because I like this kind of thin,g I stuck with it and now I'm disappointed in myself for giving it my precious time finish it.

LucindaReviewed in the United States on April 4, 2022
3.0 out of 5 stars
Grit like you've never seen it
So much of this show is brilliant. But do you really need another villain with a dodgy eye? I mean as someone with visual impairment myself, I am really tired of seeing disabilities attributed to broken, messed-up murderers. That kind of was the nail in the coffin for me. And casting Jon Simm as the villain wasn't the coup the producers thought it would be. He looks like he has been having facials and botox like the actor he is.

BastetReviewed in the United States on May 7, 2022
1.0 out of 5 stars
Not interested
Glad I don't live in a real world where everyone uses the f word constantly.

Classic tiresome grubby unshaven looking cops, let's through in the token young attractive female cop who does not want to work with the cop still living in the last century. I am sure after lots of swearing and crime solving she will learn he has his problems but is a good detective. Not interested.
See all reviews
Back to top
Get to Know Us
Make Money with Us
Amazon Payment Products
Let Us Help You
EnglishChoose a language for shopping. United StatesChoose a country/region for shopping.
© 1996-2022, Amazon.com, Inc. or its affiliates