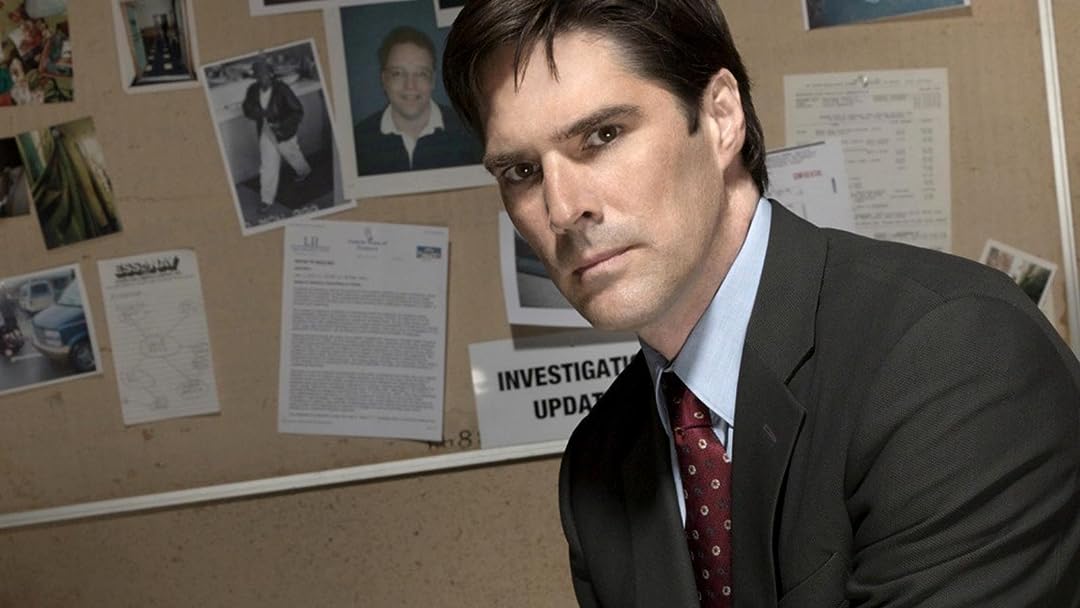 SunshineSherryReviewed in the United States on May 5, 2018
4.0 out of 5 stars
Change is Good
Verified purchase
I became addicted to Criminal Minds after seeing the first few episodes. It was a different type of program that soon became a weekly part of your program viewing. This is why I am glad to have Season I. I think it was one of their best seasons. Getting Season 1 took me back helping to see the characters develop and mature as the seasons progressed. Love Derek Morgan, Penelope, Hotchner, and J.J. Dr Reed grew on me. So it was fun to see how the characters and dialogue have changed comparing Seaons I, 1, 3 to the newer ones on tv now -- Change is Good!!
4 people found this helpful

AxReviewed in the United States on January 20, 2021
5.0 out of 5 stars
Awesome season!
Verified purchase
Criminal Minds is one of my all time favorite shows, love the cast, their chemistry. Elle wasn't a big favorite of mine but I adore her replacement. The music though, I have discovered so much amazing music watching this show thru the years and it all gets started right here. The first seasons with Gideon are some of my favorites, he is awesome and I love him and Hotch together.
One person found this helpful

Marta RayReviewed in the United States on May 18, 2019
3.0 out of 5 stars
Poor condition to be new
Verified purchase
I love the fact I know have Criminal Minds season 1 however I am not happy that it was suppose to be new and there is a lot wrong with the box. The case is tore and has a lot of wear and tear and not only that some of the dvds was not secured in the folders. It does play and no scratches but not happy with the condition of the new product!
4 people found this helpful

EinsatzReviewed in the United States on July 5, 2021
5.0 out of 5 stars
“The real conflict is between truth and lies.”
Verified purchase
Just finished binge watching season one and can find no fault with the launch of this long running series. For some reason I missed it when it was originally telecast. I’m so glad that I bought it because this is definitely a series I can watch multiple times. I can’t say that about a lot of TV shows.
One person found this helpful

Diann SReviewed in the United States on April 29, 2022
1.0 out of 5 stars
Can't play all episodes at once
Verified purchase
I was disappointed in this set. There are only 4 episodes per DVD and none give you a play all option. You have to hit play for each episode then get up and change the disc every 4 episodes.

RomulusReviewed in the United States on October 7, 2008
4.0 out of 5 stars
Almost Perfect
Verified purchase
I am so grateful for this series. The serious approach to serial killers is something that no other show is doing right now. They may deal with them occasionally but not every single episode. The characters are all intelligent, likeable and memorable and the method of profiling never ceases to amaze me. Mandy Pitinkin's fatherly manner and quiet, unrushed voice has a silent authority that far surpasses the hyper theatrical antics of most authority figures in police procedural. The family man/cold profiler Hotch is a major break from his role as Greg of ABC's Dharma and Greg. He is almost unrecognizable. Derek Morgan develops an interesting big brother like relationship with Dr. Spencer Reid and Elle Greenaway that is wonderful to watch. The dynamics between everyone is great to watch. The absence of unneeded family/personal drama from everyone is quite refreshing. The focus of each episode is soley aimed at collecting clues, profiling the suspect and finding him. While this may sound formulaic, there are even variations in each episode to keep it all interesting. The only exception is, sadly the season finale, the Fisher King (and its continuation at the beginning of the Second Season). The whole deal with an Unsub that knows everything about everyone, moves with ease and without detection despite being horribly burned and being slowed down by it, the whole lame Quest deal with blood written on the wall and clues given to each member of the team was very poorly done. And these fiercely intelligent characters are dumbed down to making obvious errors that even we non-profilers could have picked up. They tried to make up for it by having a main character gunned down but it didn't change the hideous way those two episodes clashed with the rest of the soundly done season. I hope that the rest of Season Two doesn't continue in that way. Aside from the Season Finale (which at least, to its credit, sheds a lot of light on each character in their private lives in the first 15 minutes)
is quite a relief from shows that inject needless personal drama to cover up already flaccid plots.
One person found this helpful

barryReviewed in the United States on October 29, 2009
5.0 out of 5 stars
First season of a superb intelligent series
Verified purchase
There are so many crime shows out there today but CRIMINAL MINDS is very unique. I must start by saying I started by watching this show during its third season on televison and it became my favorite show so I have purchased all the seasons and am starting at the beginning. There is much interest and intrigue in society of serial killers not only for the acts they perform but moreso into what the minds of these people are really like. This series creatively, artistically and intelligently provides much education and entertainment in this genre. This is not a mere crime show but is dedicated to studying the minds of those in our society who commit evil.

At the center is the FBI's Behavioral Analysis Unit (BAU). The team can only become involved in a a crime when the city involved extends an invitation for their added expertise. One thing that is very unique about this show is that all the team members are gifted yet have their own specialties as well. When approaching any case the discussion is often a free for all with each member giving their perspective. They play off each other and by no member, even the boss Gideon, acting superior each member is treated with respect. These characters are also projected as very human. The crimes and acts they see are often troubling to deal with and we see how it affects them. Through their interactions and communication over a case the viewer is educated into how profiling a criminal actually works. We learn how patterns are actually established with a killer. The show can get very graphic but is in no way gratuitous. The violence has a definite realistivc purpose.

Going back to episode 1 has bee a treat for though there is a major story each episode the lives of the BAU members are evolving stories and even some of the plots have deeper resonance and appear again. I think this season is excellent but also must say that it only improves with each upcoming season. The team members were superbly cast. Dr. Spencer Reid is quite a character. He is 24 and an actual genius. He brings much needed facts and knowledge to the cases but he stumbles as he tries to gain experience with actual life and social skills. Derek Morgan and J.J. Jareau are excellently fit. Next to Matthew Gray Gubler who plays Dr. Reid the standouts are Thomas Gibson as Aaron Hotchner and Mandy Patinkin as Jason Gideon. They both head the unbit. Hotchner comes across as a professional who follows all rules and politics. Gideon is a seasoned veteran. The only slightly off casting is Lola Glaudini as Elle Greenway but this gets taken care of later.

I cannot stress how unique and fresh this show is. Each agent has a personal reason for having such a job as tracking serial killers and all of this makes it even more realistic. Watch each episode and note how they are not formula. Note how creatively the audience is educated thru the writing of the show. And if this show appeals to you just rest assured that with each season the characters develop more and more and the plots/story lines just get better and better. Yes, there will be cast changes but they are written into the show perfectly. This show is dedicated to entering criminals minds and expertly does with each episode. It is certainly addictive and a must see.