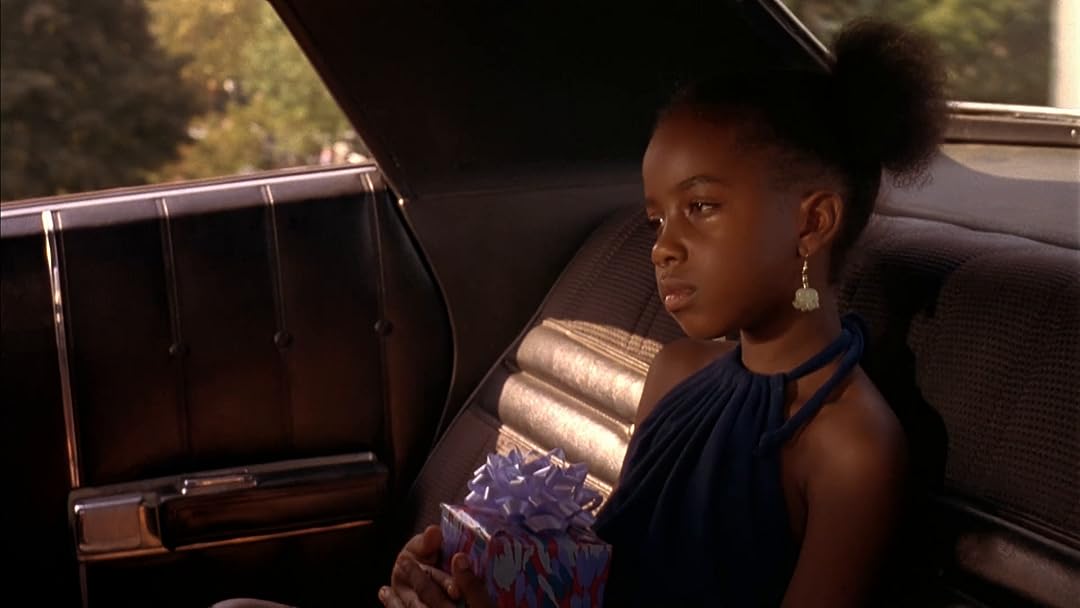 (3,484)
7.01 h 54 min199418+
A funny, poignant slice-of-life portrait of a black middle class family in 1970s Brooklyn, focusing on the coming-of-age of the family's only girl. Based on the memories of director Spike Lee, with a dynamite soul soundtrack.

joel wingReviewed in the United States on November 1, 2020
3.0 out of 5 stars
Coming of age story for young girl in 1970s Brooklyn
Verified purchase
Crooklyn was loosely based upon Spike Lee’s upbringing in Brooklyn, New York. The style is similar to Do The Right Thing. Both have main storylines, in this case the topic is the Carmichael family in the Bedford-Stuyvesant neighborhood. At the same time they are full of side stories about the people in the community. Lee’s point was to show both a coming of age story for Troy Carmichael (Zelda Harris), the only daughter in the family, as well as what it was like to live in an African American neighborhood in the 1970s.

For Troy she has to put up with her four brothers who whine, complain and get into trouble all the time. Tory’s mother Carolyn (Alfre Woodward) ends up getting sick which devastates her daughter while her dad Woody (Delroy Lindo) is a frustrated and out of work Jazz artist. She also hangs out on the block and goes to her auntie’s house in Virginia for the summer which is a culture shock for someone used to living in the city. These are all typical stories about growing up. It also shows a complete and loving African American family. Too many times the only kinds of black families you see in Hollywood are led by single moms.

In the neighborhood you have a cast of characters from two drug addicts that terrorize the kids to a weird neighbor to the Carmichaels, and more. There’s all the music as well which is prominent throughout the film like Soul Power by James Brown and Respect Yourself by The Staple Singers. Again this is meant to highlight the community with all its quirks and different experiences as well as the culture of 1970s America.

Crooklyn isn’t as strong as Lee’s best work like Malcolm X, Do The Right Thing or The Inside Man. Some are thrown off by all the side stories which can lead people to lose track of what the film is about. It’s still an enjoyable watch with plenty of funny and emotional scenes.

Musik ManReviewed in the United States on February 17, 2020
5.0 out of 5 stars
Great Movie. Bad blu-ray transfer.
Verified purchase
This is a review of the blu-ray quality itself. The movie itself is a work of art and that goes without saying. Sadly the quality of this blu-ray i okay at best. For ten years (since I bought a blu-ray player) I've waited for this movie to come out on blu-ray. When this release was announced I was super excited. I got the blu-ray today and am very disappointed. I did a side by side comparison of the DVD that I also own and there is barely any difference. Colors are washed out. The whole movie has kind of a brown tint to it and the "high definition" is just not there. There are no bonus features either. No audio commentary. No Behind the scenes. No nothing. Save your money if you already own the DVD.
4 people found this helpful

Donna M. GloverReviewed in the United States on February 23, 2016
5.0 out of 5 stars
Urban life in the '70's!!!
Verified purchase
Growing up in the '70's in Oakland, CA , this was my childhood. The music, the neighbors, children playing on the block together all day and working out their own social dilemmas and hierarchy. Fighting with my sisters over the ONE television in the house. Our mother losing her mind in the middle of the night because we did not completely clean the kitchen. Zelda Harris who plays Troy is a wonder. What a remarkable young girl to take on such a role. I loved her from the start and I love this movie.
20 people found this helpful

Vie EReviewed in the United States on May 30, 2020
3.0 out of 5 stars
Warped Image
Verified purchase
Approximately one hour and 10 minutes in the image became warped and stretched. We backed up minutes prior and it was just as it had been, so I really don't think it was on our end, but still an enjoyable film.
5 people found this helpful

Johnny ApplesReviewed in the United States on August 30, 2019
5.0 out of 5 stars
Spike Lee's Childhood Memories of Growing Up in Brooklyn
Verified purchase
This is one of Spike Lee's best directorial efforts. It captures a genuine slice of a family's trials and tribulations during a difficult period of living in any borough of NY City. In this particular case, it is Brooklyn, comically referred to as "Crooklyn" It has outstanding performances all around. The children were just amazing and Alfre Woodard and Delroy Lindo superb. The early Seventies music that plays throughout the film is just some of the best of that decade.This is a movie really worth your time. If you have a way of seeing it, Do it!
5 people found this helpful

JodellReviewed in the United States on March 15, 2019
5.0 out of 5 stars
Best Movie Ever
Verified purchase
This movie is one of my top 5 movies of all time. Watched it again with my 13 year old granddaughter. 30 years later still a relevant movie.
5 people found this helpful

IndyGirlReviewed in the United States on April 14, 2018
5.0 out of 5 stars
A classic that you should make time for..
Verified purchase
A classic that I have grown up with and still enjoy. When this came out, I was roughly the age that the main character was and I saw myself in her. I re-watch it every few years and it still holds up. I still laugh at the funny parts and tear up at the sad parts. The whole cast was magic.
5 people found this helpful

Its just meReviewed in the United States on September 1, 2020
5.0 out of 5 stars
Great family film
Verified purchase
I absolutely LOVE this movie. Watched it with my teenaged daughter and my mom and we all loved it. Great story lines, music track...Spike Lee really captures the nuances of relationships familiar and neighborhood. A great coming of age story for Troy.
See all reviews
Back to top
Get to Know Us
Make Money with Us
Amazon Payment Products
Let Us Help You
EnglishChoose a language for shopping. United StatesChoose a country/region for shopping.
© 1996-2022, Amazon.com, Inc. or its affiliates