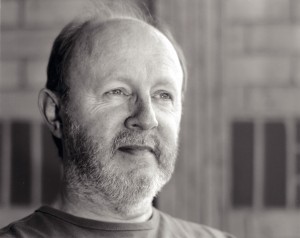 by Peter Doggett (Author)
4.3 out of 5 stars 56 ratings
See all formats and editions
Sorry, there was a problem loading this page. Try again.
Previous page
Next page

4.3 out of 5 stars
4.3 out of 5
56 global ratings
How are ratings calculated?
To calculate the overall star rating and percentage breakdown by star, we don’t use a simple average. Instead, our system considers things like how recent a review is and if the reviewer bought the item on Amazon. It also analyzes reviews to verify trustworthiness.
Top reviews

Trav Fan
1.0 out of 5 stars Terrible. Waste of time.
Reviewed in the United States on April 13, 2020
Verified Purchase
Horrible book. It is lazily researched and poorly written and reveals no new information. Unless you want to see the word “banal” used about 2 dozen times, as if the writer was an “enlightened” teen who had learned a new word, stay away from this book. Go read “Shakey.”
Read more
Helpful
Report abuse
See all reviews

P. Jackson
4.0 out of 5 stars Great writing - but effectively ends the story in 1974
Reviewed in the United Kingdom on October 26, 2019
Verified Purchase
You have to respect the sheer breath of knowledge and insight that a chap like Peter Doggett has. He doesn't write bad books on music.
This is excellent but....it is too short. The story ends in 1974, effectively, and the rest of the 70s, 80s and beyond are consigned to approx. 10-20 pages. He barely deals with Crosby's massive drug addiction and imprisonment in the 80s.
Doggett himself admits this and argues that after the mid-70s the story basically repeats according to the personalities already established. That's true, but with writing this good I would have loved to have read the whole story from their childhoods until the present day.
Read more
7 people found this helpful
Report abuse

Abererch
3.0 out of 5 stars CSNY
Reviewed in the United Kingdom on December 4, 2019
Verified Purchase
I purchased this after listening to the author on Cerys Mathew’s Radio 6 programme. He was really enthusiastic and sold me on the book and the story of CSNY.
The first half of the book is strong and purposeful, sadly it rather loses its way towards the end, perhaps a reflection of the way CSN also faded into infighting and hyper inflated ego’s, and not the fault of the author who tries to keep our attention the best he can.
Read more
6 people found this helpful
Report abuse

Jeremy Walton
4.0 out of 5 stars (What a) carry on
Reviewed in the United Kingdom on March 29, 2021
Verified Purchase
I bought this after reading Richard Williams' favourable review in The Guardian. The story of how Crosby, Stills and Nash came together in 1968 (after the three protagonists had left, respectively, The Byrds, Buffalo Springfield and The Hollies) and released an enormously popular debut album the following year is well-known, as is the way in which the subsequent addition of Neil Young affected the group. More details are revealed in this expansive account, including the number of times that Nash met the other two prior to the legendary occasion when they first sang together. This has become the stuff of folklore, and the author has to point out on p96 that the story "has been told and retold from multiple perspectives, and situated in several locations and times, each revision subtly different from the rest". Similarly, I'd always had the impression from other accounts that that Neil Young wrote "Ohio" for the band to record immediately after hearing about the Kent State shootings on May 4, 1970, but those two events are separated by two weeks (and ten pages) in this account.

This level of detail makes this an interesting read. Attention is paid to the important role played by Joni Mitchell and - to a lesser extent - Mama Cass in the early life of the group, and the changing fortunes of Neil Young who - it's pointed out here - was barely known when he joined the group (even after the 1969 release of his "Everybody Knows This Is Nowhere", which has since attained classic status) but went on to dominate it. The story more or less comes to an end with the Wembley concert in 1974; the subsequent ups and downs of its members and the various reunions are dealt with briskly in a concluding chapter, which appears to be the apposite emphasis.

On the whole, it's well-written (apart from revealing that Graham Nash was born in Blackpool "where his mother was in labour to avoid the intensive German bombardment of Salford" [p17]), but I'd've liked stronger links between the text and the sources at the end (saying "to avoid repetition, each source is only listed once" [p321] doesn't help clarity, and looks like laziness). Nevertheless, an enjoyable, entertaining book.
Read more
2 people found this helpful
Report abuse

Webby
4.0 out of 5 stars Interesting
Reviewed in the United Kingdom on August 23, 2019
Verified Purchase
Interesting read, difficult to get in depth when it involves four individuals.
Read more
One person found this helpful
Report abuse